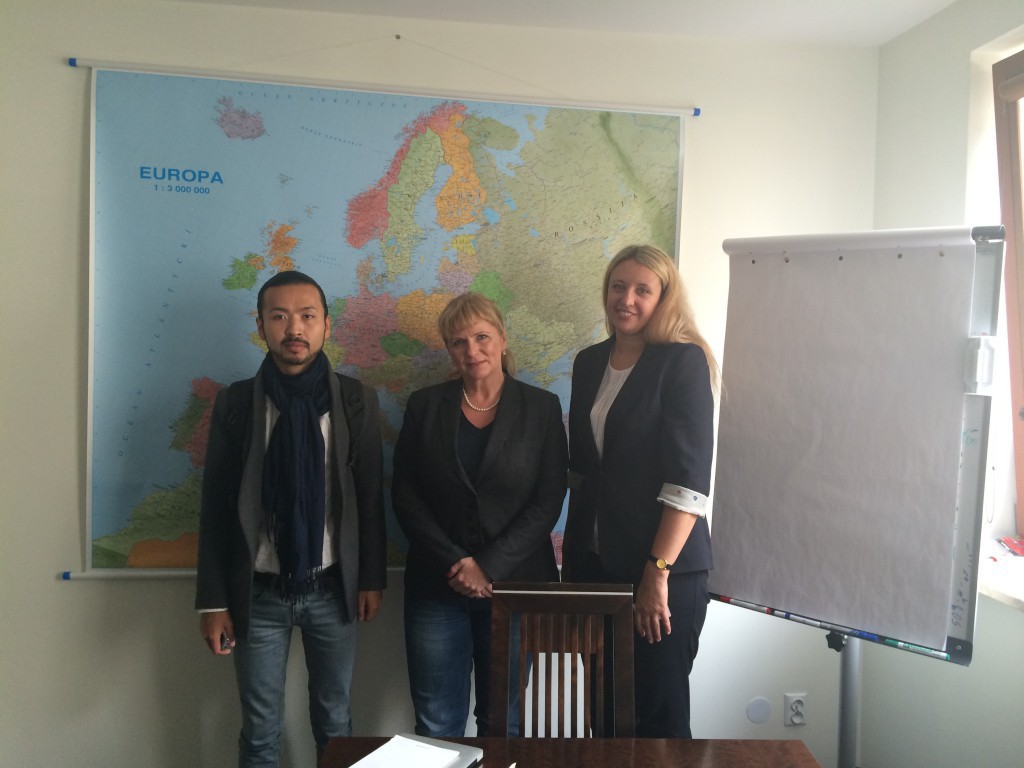 Askar Aidarkhan –son of the incarcerated poet and civil activist, Aron Atabek, and Ekaterina Kuramshina – the wife of Vadim Kuramshin, human rights activist sentenced to 12 years of imprisonment, met in Warsaw with Polish MPs in late September and early October.  These meetings were organised by the Open Dialog Foundation. During the meeting, the members of Kazakh political prisoners’ families presented accounts on the persecutions of Atabek and Kuramshin.

On September 30, Askar Aidarkhan met with Małgorzata Gosiewska (Law and Justice), who, having heard their stories, promised to help to file an enquiry with the Minister of Foreign Affairs, write a letter to the authorities of Kazakhstan and to take part in a monitoring mission in Kazakhstan. Another participant in the meeting was Igor Vinyavskiy, former editor-in-chief of the Kazakh newspaper Vzglyad, who was granted refugee status in Poland in September.

On the following day, the guests from Kazakhstan met and spoke with Andrzej Lewandowski (Your Move) and Tomasz Makowski (independent MP), who also offered assistance. They are going to sign the enquiry to be filed with the MoFA and the letter to Kazakh authorities concerning the imprisoned activists. The two MPs also expressed their will to be part of a mission to Kazakhstan.

On October 2, our guests met with Marcin Święcicki (Civic Platform). After listening to Vadim Kuramshin’s story, the MP offered to participate in the mission. He also suggested writing a letter to the prison administration or Prosecutor General, describing Kuramshin’s circumstances in prison and demanding explanations.

Vadim Kuramshin is a defender of human rights, well known throughout the world, and a laureate of the prestigious Ludovic Trarieux award for 2013. Kuramshin was sentenced to 12 years in prison for allegedly extorting money from an assistant to a district prosecutor, but the real reason behind his persecution was his activity as a human rights defender. Criminal proceedings against Kuramshin were instituted after he had reported that in prison establishments, inmates were being subjected to torture and treated in an inhumane manner.

The political prisoner Aron Atabek has been behind bars for over 6 years now. Because of a conflict relating to residential issues, there were clashes between local residents and the police on the Shanyrak housing estate in Almaty on 14.07.2006. Aron Atabek chaired the committee representing land owners and residents in the district. According to the accounts of numerous witnesses, during the clashes with the police he tried to stop the violence. Nevertheless, on 18.10.2007 a court sentenced him to 18 years of deprivation of liberty in a strict regime colony for organising mass-scale riots. Wishing to obtain testimonies against Aron Atabek, for five days, police tormented the witnesses, inflicting physical violence upon them.