Search
The Open Dialogue FoundationPublicationsWritten enquiry to Committee of Ministers of the Council of Europe on the case of N. Savchenko

The letter describes the story of her capture and illegal transportation to Russia, as well as the charges she was presented with and the attempts to have Savchenko undergo court-ordered psychiatric examination.

In view of the said lieutenant’s illegal detention, in his letter Omtzigt asks: Can Russia court-try a Ukrainian citizen who is accused of crimes in her own country? Will she be guaranteed a safe trial? How many prisoners are there in Russia, who were detained in Estonia, Crimea, or Eastern Ukraine? And, finally, is the Committee of Ministers prepared to address the Russian authorities for the publication of the prisoner list, which would enumerate their present whereabouts and detail the charges they are facing? 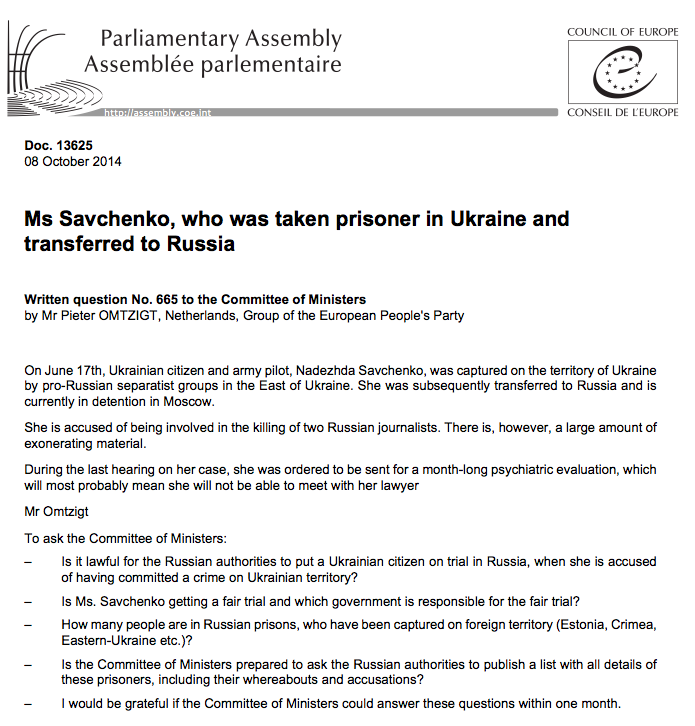