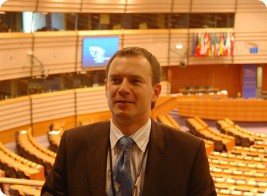 Let us not forget about Kazakhstan

– In Kazakhstan, authoritarian tendencies are strengthening.

In Kazakh prisons, Igor Vinyavskiy, the Editor-in-Chief of the ‘Vzglyad’ opposition newspaper, Vladimir Kozlov, the leader of the ‘Alga’ opposition party, Serik Sapargali, an activist of the same political group have remained for over a month now. Their arrests were connected with their involvement in the investigation into the December events in Zhanaozen. On the 16th of December last year, due to suppression of protests by Kazakh militia, at least sixteen former employees of oil and gas companies, who demanded to be reinstated, were killed. The MEP of Poland for Platforma Obywatelska, Piotr Borys, visited Almaty and Zhanaozen, where he spoke with the families of the deceased, and with the authorities and prosecutors leading the investigation into the opening of fire by Kazakh Special Forces.

– You spoke with the families of the victims of the December pacification in Zhanaozen who still live in fear. Are they afraid to testify?

– The state of emergency is still in force there, the police are everywhere. These people feel intimidated, they are under tremendous pressure, they are afraid of any contact with the prosecutor and the uniformed services. I asked some of these people to write down their testimony and to send it to me and I will forward it to the prosecutor’s office which investigates the incidents of the 16th of December.

In Zhanaozen, public confidence in the authorities was impaired, many people have no job. The new Akim (mayor of the town) assured me that people would come back to the oil companies. It is also important because of the thousands of people who were released after the May protests of Zhanaozen, three hundred are still unemployed, and oil and gas companies are the only employers in this town. Besides, there is nothing else around apart from the steppe. The new mayor wants to hire the now unemployed workers, but the open question remains; how can these hurt people recover from their trauma, trust authorities again and return to normal life. Helping them is the task of the EU institutions, but also non-governmental organisations and we appeal to the European Union for help.

– In Astana you talked with the authorities of the highest level. In Kazakhstan there are at least a few political prisoners: politicians, journalists and social activists who were engaged in clarification of the truth regarding the events in Zhanaozen. Did you have a chance to talk about this?

– On behalf of the European Parliament I said outright that we are closely watching the situation and we will keep watching the proceedings directed against political opponents and journalists. I am afraid that these will be show trials. If people like Vladimir Kozlov and Serik Sapargali from the ‘Alga!’ party are convicted, the establishment of the democratic opposition will become difficult.

On the other hand, the authorities and prosecutors were convincing me that they have “hard” evidence that they cannot reveal now, but they assured me that the trials will be open. The most important thing is that my interlocutors understood that we will not forget about Kazakhstan and we will not let these people go to jail for many years.

– What actions will you initiate to release political prisoners and to ‘soften’ Nursultan Nazarbaev’s regime after your return to Brussels and Strasbourg? It is worth noting that the impact of the European Union on post-Soviet countries is not effective, as was proven by the case of the former Ukrainian Prime Minister Yulia Tymoshenko.

– Tymoshenko’s example shows that non-governmental organisations, the EU and USA are not able to effectively influence what happens inside those countries. These countries have their own legal system, which allows, for example to sentence the former prime minister for 7 years imprisonment for exceeding her power. Ukraine is perceived by other countries to be just like Kazakhstan.

However, we have political instruments we can use to persuade Astana to change policy. We will keep visiting Kazakhstan. It’s already started to bear fruit – the authorities are open to our meetings with prosecutors and talks about prisoners. But it is necessary to monitor these processes. At the same time, we are trying to persuade the Kazakh authorities to soften the regime and to give more space to the media, NGOs and political parties, such as the ‘Alga’, which have been denied registration for many years. I hope that the lesson of Zhanaozen will convince the authorities that it is better to prevent social protest, than to cure its negative consequences later.

What is more, we are preparing the European Parliament’s resolution on Kazakhstan. Its aim will be to engage international observers to clarify the matter of the December riots in Kazakhstan. I hope that we will accept it within three months so that observers can provide assistance to the Kazakh authorities in finding those responsible for killing 16 people.

There is still another issue. We can make economic agreements between the EU and post-Soviet countries dependant on the improvement of human rights protection. We do not expect that there will be a sudden improvement, as the progress toward democracy is a long-term process. Kazakhstan was a part of the Soviet Union which significantly influenced the style of governance.

– But here, ‘EU hypocrisy’ is revealed again. In early February in Berlin, Germany signed economic contracts with Kazakhstan in the value of 3 billion euros. The German Chancellor Angela Merkel mentioned the need to respect human rights in this country using just one sentence.

– Yes… Nevertheless I hope that actions initiated by the European Parliament will make the countries like Germany reconsider their position and make a decision to sign such agreements, at the same time demanding respect for human rights from their partner.

The interview was conducted by Tomasz Kułakowski