The Open Dialog Foundation has addressed the President of the European Parliament concerning the matter of the Ukrainian journalist E. Agarkov and the abducted female pilot N. Savchenko. 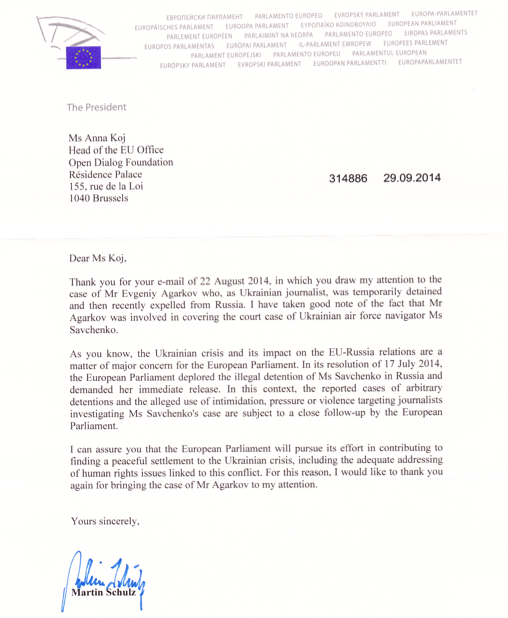 In reply, Schulz pointed out that the conflict in the east of Ukraine remains one of the key areas of interest of the European Parliament who, on 17th July, passed a resolution demanding, amongst other things, the release of Savchenko. The President also declared that the EP would be following the developments regarding the persecuted journalists covering the case of the abducted Ukrainian lieutenant.