The aid centre for Ukraine and a branch of the Maidan’s Museum ‘Ukrainian World’ were visited on 5th October by Mustafa Dzhemilev, long-term Chairman of the Mejlis of the Crimean Tatar People. 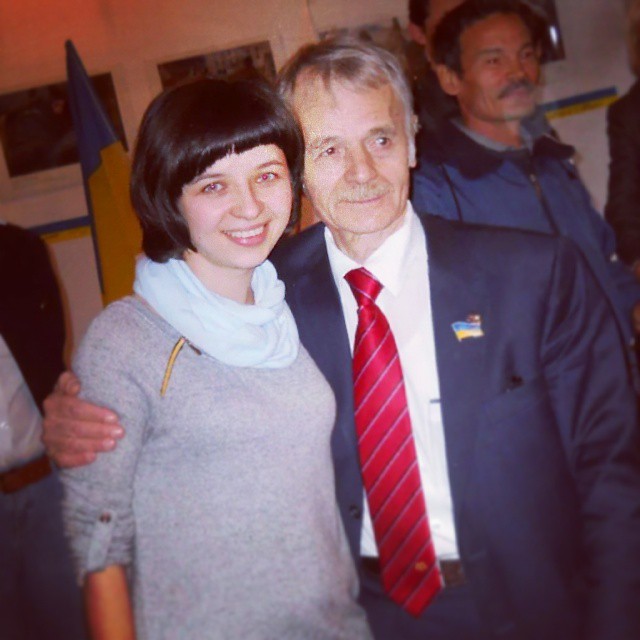 Natalia Panchenko showed the guest around the Museum and spoke to him about the Foundation’s activities. During the meeting, the case of Nadyia Savchenko, the Ukrainian female pilot abducted by the FSB was also discussed. To conclude the meeting, Dżemilew signed the Maidan Museum’s guest book.

Dzhemilev is known for his activities in support of the return of Crimean Tatars to their homeland, for which he has been recognised many times, receiving amongst others, the Nansen Refugee and the Lech Wałęsa Solidarity Awards.