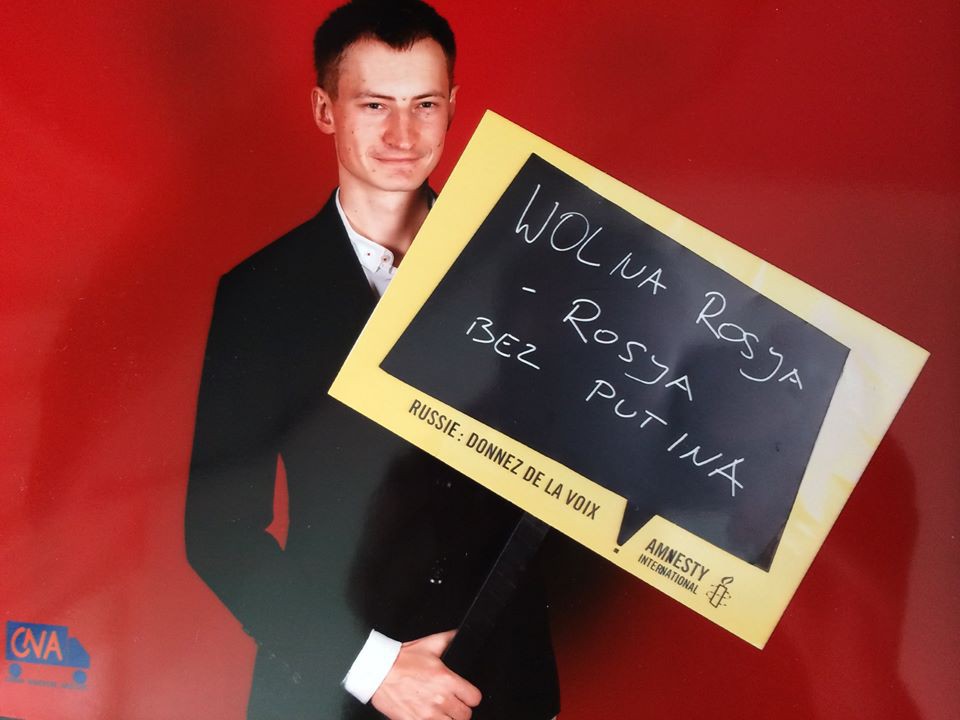 Paris forum “For our freedom and yours”

On 4th October, upon an invitation from human rights organisations such as ACAT France, Amnesty International France, FIDH – International Federation for Human Rights the Russie-Libertés association and Collectif Euromaidan France, representatives of the Open Dialog Foundation took part in a Paris forum and concert “for our freedom and yours” (pour votre liberté et pour la nôtre).

“For our freedom and yours” – this was the banner the Russian poet, journalist and human rights campaigner Natalya Gorbanyevska adopted when she was marching in 1968 on the Red Square in Moscow, during the invasion of the Warsaw Pact against Czechoslovakia. As the organisers note – today the slogan is equally apt in the context of the war in the east of Ukraine.

During the meeting, the discussions focused, amongst other things, on Nikolay Kobliakov, a French citizen of Russian origin, who supported EuroMaidan during the protests in Kiev. Recently, Kobliakov was detained in Sofia under an international arrest warrant issued by Russia thus becoming another victim of a loophole in the Interpol system. Non-democratic states such as Russia and Kazakhstan are more and more frequently using Interpol mechanisms to persecute their opponents by means of arrest warrants.

The forum was attended by representatives of the city of Paris, members of human rights organisations, as well as social activists, historians, journalists and academics, including the Mayor of the 2nd district of Paris, Jacques Boutault; Sacha Koulaeva (FIDH); Anne Nerdrum (Amnesty International); Drici Nordine (ACAT); the spokesperson for EuroMaidan France, Anna Garmash, member of the Presidential Human Rights Council and head of the branch dealing with the protection of human rights of the Committee of Soldiers’ Mothers in Saint Petersburg, Ella Poliakova as well as Anne Le Huérou, University of Nanterre. The Foundation was represented by Lyudmyla Kozlovska.