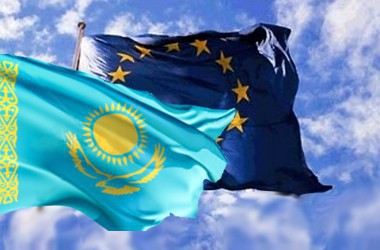 The appeal of the Polish society, the media and NGOs to the government of Kazakhstan to stop violations of human rights and freedom of speech and to the EU authorities for help and support of the Polish initiative

Freedom is not granted once and for all – it needs to be fought for. In Poland, there was martial law, in Western Kazakhstan there is a still ongoing state of emergency. On December 16th, 1981, the Polish police pacified the “Wujek” Mine.  Nine miners were killed. Exactly 30 years later, Kazakh police pacified the protests of former employees of mining companies in Zhanaozen, in Western Kazakhstan. At least 16 people were killed. To this day, families of the victims are intimidated, afraid to testify, and are left without means of a livelihood.

More than a month after protests, Kazakh special services officers marched to the editor’s office of the independent newspaper “Vzglyad”. The action of the security forces was associated with involvement of the newspaper in explaining the course of the December events in Zhanaozen. The newspaper also observed the January elections for the Kazakh parliament. Then OSCE observers found these elections, like all previous ones, not in compliance with democratic standards.

At the same time, 15 activists of the unregistered opposition party ‘Alga’ were arrested. Amongst them were the head of this party; Vladimir Kozlov and a party activist; Serik Sapargaleg.

It is obvious that Kazakhstan is in breach of the International Covenant on Civil and Political Rights:
• on the obligation of promptly informing of the reasons for the arrest and charges brought against detainee (Art. 9 point 2);
• freedom of speech and expression (Article 19);
• freedom of peaceful assembly (Article 21);
• freedom of association (Article 22).

Since the tragic events in Zhanaozen, Kazakhstan’s authorities have:
• persecuted and arrested opposition activists, striking workers and independent journalists,
•  not permitted international observers to assess the activities of state authorities.

Expressing our indignation with the violation of fundamental human rights and our solidarity with the citizens of Kazakhstan, we urge the government and the President of the Republic of Kazakhstan to:
• stop the persecution of the following persons: Ayzhangul Amirova, Vladimir Kozlov, Igor Vinyavski, Simbinov Ruslan, Mikhail Sizov, Zhanbolat Mamaia, Gulzhan Lepesova, Talgat Saktaganov, Amangeldy Lukmanov, Askar Tokmurzin and other civic movement activists, representatives of independent media, especially editors of Stan.Kz video portal, “Respublika” and “Vzglyad”newspapers;
• withdraw the indictment and release from custody all prisoners and trade union leaders detained since May 2011, as well as active participants and supporters of the strike in the Mangistau region;
• initiate an independent international investigation into the tragedy in Zhanaozen of December 2011;
• reinstate the dismissed workers and activists who demanded respect for fundamental workers’ rights;
• initiate a permanent tripartite negotiation and consultation process involving the National Labour Inspectorate, employers and independent associations representing the interests of employees in the Mangistau region;
• grant accreditation to the international observation, assistance and negotiation mission which will include experts and active representatives of civil society

We appeal to the President of the European Parliament – Martin Schulz and the European Union High Representative for Common Foreign and Security Policy – Catherine Ashton for:
• establishment of an international commission to thoroughly investigate the events in Zhanaozen;
• further negotiations on a new agreement on enhancing cooperation in the coming years, conducted between the European Union and the Government of Kazakhstan conditional upon Kazakhstan’s compliance with international law;
• urgent transfer of EU funds allocated to strengthen cooperation and development of Kazakhstan for humanitarian organisations operating in the region at risk; Mangistau, psychological assistance to families of the victims, of those arrested and imprisoned, and also for missions of international observers to be granted access to the region;
• diplomatic support of the actions conducted;

The undersigned, representatives of Polish society, the media, NGOs, express their willingness to cooperate with the prposed activities.