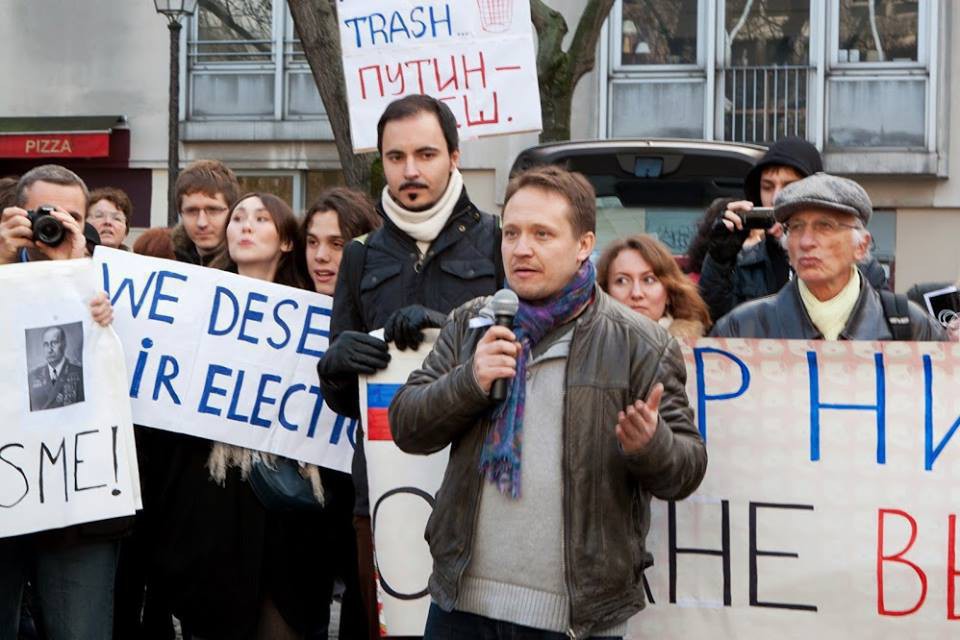 Koblyakov is one of the founders (2011) and a long-time member of the Russie-Libertés association, which advocates a democratic and transparent Russia, and an entrepreneur, pioneer in establishing private residences for aged-care in Russia and other Eastern-European countries. In France he developed a new model for aged-care called Senior Cottage, which provides the opportunity to live independently and close to families. 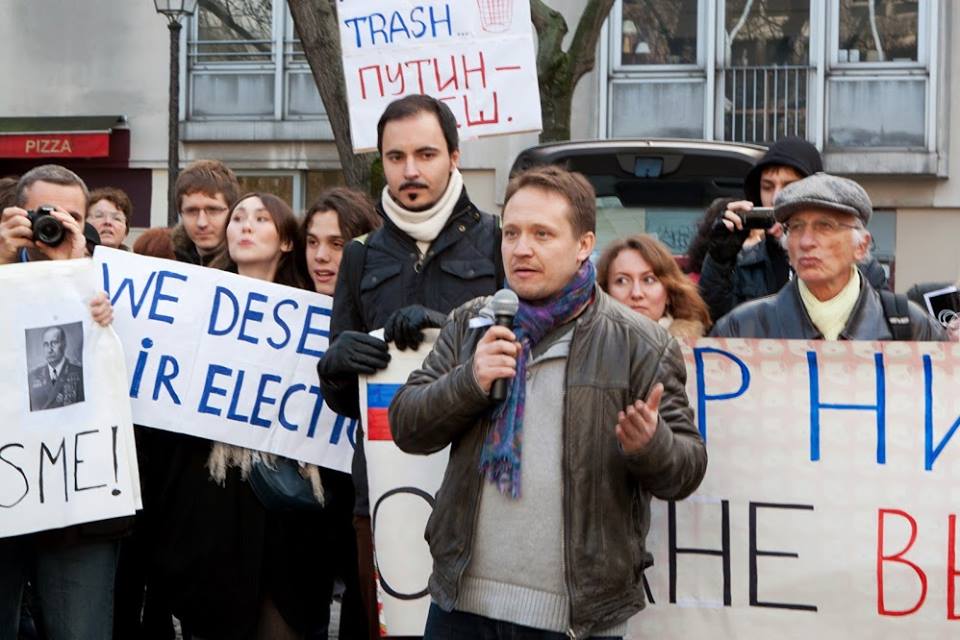 In July 2014 he travelled to Bulgaria in order to finalise a contract for creating a residence for aged people. On 29 July, he was arrested on the Sofia airport, transferred to the police station and informed about the Interpol Red Notice issued by Russia earlier that year, on 1 April. Between this date and his arrest He travelled in Europe extensively (he visited Germany, UK, Greece, Portugal, Latvia and Czech Republic) and never received any signals about the risk of being arrested.

The accusations recalled in the arrest warrant and extradition request relate to events that occurred in 2004-2005 in France, which never resulted in any criminal charges being brought up against Koblyakov. Bulgaria’s justice system is known for being heavily influenced by Russia, and therefore a comfortable partner in enforcing politically motivated extraditions. There were similar cases reported in the past in Bulgaria, such as the brief the detention of Estonian Eerik-Niiles Kross in April 2014. The ex-candidate for the post of mayor of the capital, Kross was stopped at the Sofia airport despite being already removed from the Interpol list two months earlier.

Koblyakov’s eventual extradition to Russia might result in unfair trial, tortures, being submitted to the forced psychiatric expertise, like in the recent case of the Ukrainian pilot Nadiya Savchenko, finally facing inhuman condition in the pre-trial detention centre or prison.

Competitors with the backing of the regime forced Nikolay Koblyakov, a graduate of London School of Economics, out of business in Russia. Upon his arrival to Paris he was one of the founders of the Russie-Libertés association. He participated in protests against trial of the Pussy Riot punk band and Sochi Olympic Games. He also expressed solidarity with Ukraine during Putin’s visit to France on the anniversary on D-Day in June 2014.

An Interpol Red Notice that was only published internally called back to the charges of “swindling” in relation to actions of the company Stankimport in France between December 2004 and September 2005. Again, no criminal charges were brought in France, and a French civil court rejected the company’s claim of a debt. Therefore, the only accusation included in the Interpol request is not only proved to be incorrect but also 10 years out-dated. According to Karinna Moskalenko from the Moscow Helsinki Group there would be no way Koblyakov could be extradited under these charges from any country respecting principles of rule of law. However it cannot be ruled out in case of Bulgaria, which is submitted to heavy Russian influence.

Russian investigators issued a decision about the search of suspect on 14 November, 2012. The investigator of the office of the investigation on particularly important cases of the first investigation department of the Central Investigative Committee of the Russian Federation, justice major D.A.Lomovcev reportedly “found” the group consisting of Nikolay Koblyakov, Tatyana Efimova and Sagadat Khabirov (died in 2009 in Israel) illegally acquired debt of the company Stankoimport valued at 1.227.844 euros and transferred rights to the debt to the Dutch company “NASA Projects B.V”. It decided to announced the search of the suspect Nikolay Koblyakov and it to the deputy chief of the Central Department against corruption and Economic security of the Ministry of internal affairs.

In a subsequent decision of the same investigator, on 29th November 2012 it decided to bring Mr Koblyakov as an accused in the criminal case for committing a crime under the fourth part of the article 159 of the Criminal Code of the Russian Federation, which is swindling (acquisition of the right to other people’s property by fraud or breach of trust committed by an organized group or on an especially large scale).

On 17th January 2013 the officer of the operative-investigatory section of the department of criminal search of the Ministry of internal affairs of the Northern administrative district of Moscow lieutenant colonel V.U.Smirnov signed a decision about announcing an international search of the accused. He also decided to prepare and send all the necessary material (as well as the given decision) to the central department of the office of national central bureau of the Interpol of the Ministry of internal affairs in Moscow for the organization of the search of Koblyakov in the party countries of the Interpol.

On 1st February 2013 the judge of Batsman district court of Moscow, U.R.Safina decided about the execution of the arrest as a preventive measure.

On 1st April 2014 the Interpol published a Red Notice in which it advises member-states to locate and arrest with a view to extradition. The Red Notice stated Koblyakov is likely to be present in France or Latvia. It specified he has a Russian passport and a French residence permit. It asks the country, which would arrest him to “immediately inform NCB MOSCOW Russia (NCB reference: 14319/319 of 30 March 2014) and the ICPO-INTERPOL General Secretariat that the fugitive has been found.

On 21 August, 2014, Deputy Prosecutor General of the Russian Federation A.G. Zvyagincev wrote a letter to Bulgarian Minister of Justice Mr X. Ivanov informing about the criminal case launched in Russia against Koblyakov, and that he is accused of. In the letter he asked Bulgaria not only to execute a non-leave undertaking, but to arrest and extradite him to Russia. He adds that after the extradition Russia guarantees that Koblyakov will be granted with all the possible defensive measures according to the standards and requirements of the international law including the right to have an advocate, that he will not be subjected to torture or to inhuman or degrading treatment or punishment and provisions of non-discrimination. Mr Zvyagincev also writes the Bulgarian diplomatic staff would have access to the prisoner. Experience of politically motivated trials in Russia give us right not to believe in such guarantees and treat them only as a way of securing extradition and presenting the proper conduct of this stage of the case in front of the international community.

At the second hearing on 1st September Koblyakov was submitted to the house arrest. The decision was lifted on appeal, at a hearing that took place on on 9th September.

Another hearing took place on 10th September in the presence of public prosecutor Elka Vaklinova. Mr Kobliakov asked the court to provide not only Russian, but also French translation, as he is also a French citizen. His lawyer, Ms Kotsakova also requested for providing an English translator (part of the material collected, that would be used during the trial, is in English) and a printer. The court released the Russian-Bulgarian-Russian translator and approved French-Bulgarian-French one to take over. The lawyers stated that the case was about realization of political persecution and pointed there are reasons in the Law for extradition (par. 4, 5) for denying it. They pointed that he is a naturalized French citizen and the current situation violates his right to free movement and other provisions of the European law, including Charter for basic rights. They noted the Interpol Red Notice incorrectly states there is an urgent need for extradition due to criminal prosecution and that Russian authorities knew about the fact Koblyakov has a French ID and passport but did not provide this information to the Interpol.

They presented evidences that in 2004-2005 and afterwards he resided permanently in France, and expertise about threats of violations of his rights if extradited to Russia. Also, a letter from Francois Dever (manager and representative of the French Company “Stanko France”, towards which there are claims for obligations to the Russian national company “Stankoimport”), which concluded that by 31.12.2004 such obligation didn’t exist. This fact is supported by the 2012 decision from the Paris Court of Appeals on the issue.

The court accepted written evidences but did not accept the request to interrogate the people described in the written evidences as witnesses. It did not take into account that the witnesses came especially for the hearing from abroad, that it would be difficult to arrange their next travel and that their statements would anyway be needed for the next stages of the trial. It also decided to request additional information from the requesting country (Russia) about the 2004-2005 events.

Koblyakov stated that since 27 March 2014 he works on a project – network of homes for elderly people to be created in Bulgaria, that the project was already presented to vice-prime minister of Bulgaria, and that due to fact he can’t travel the development of the project was effectively paralysed.  He requested for permission to travel to Paris for 1 week so that the project can be continued. The court did not agree for that.

On 3 October 2014 The Russian authorities send a file with answers to the Sofia City Court, in Russian. Koblyakov lawyers requested the court to provide French translation of the documents, as her client is a French citizen. The court rejected this request, stating it is not necessary as Koblyakov speaks Russian. Still, lawyers argued that it is needed for the entire defence team, as not all of them speak Russian.

Next hearing, which would be a continuation of the one from 10th September, is being projected for 21st October. Observers representing the Open Dialog Foundation will be present in the Sofia’s court to monitor the conduct of the hearing. A call to sign letter of support of Koblyakov against extradition and in favour of his right to asylum is available on the to Change.org platform.