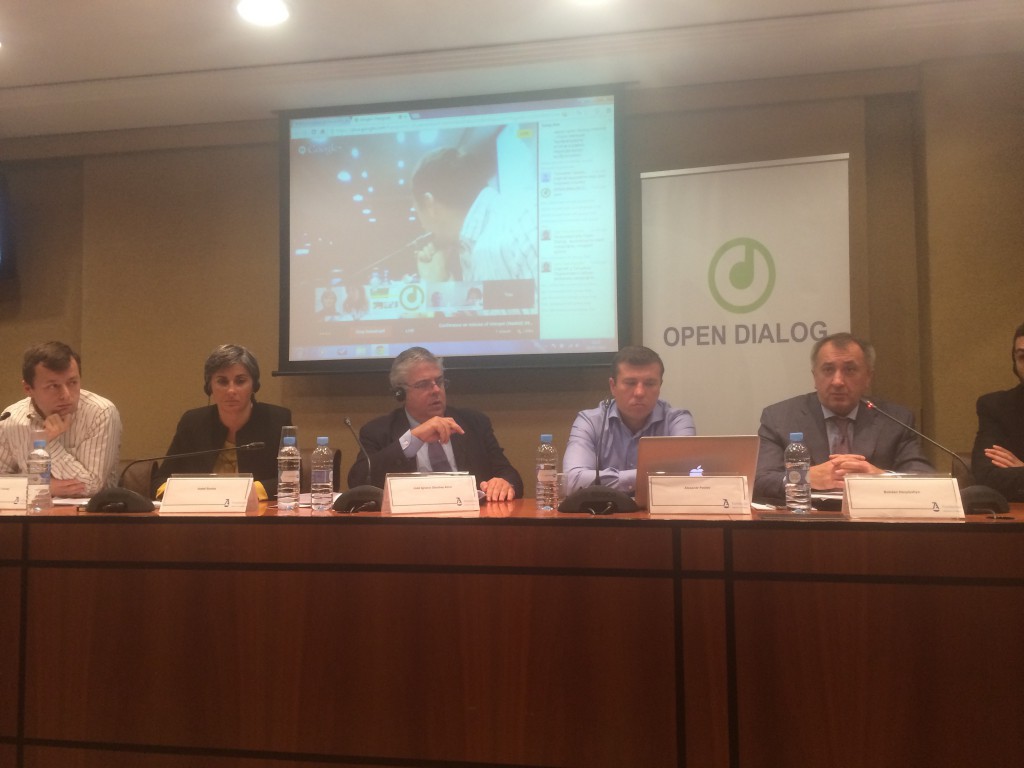 Conference: Misuse of the Interpol: A Time for Reform?

The conference’s aim was to present the problem of the misuse of the Interpol by authoritarian states to Spanish experts, journalists and non-governmental organisations. The meeting was opened by Lyudmyla Kozlovska, President of the Open Dialog Foundation, and Francisco Segovia, a project manager of the Spanish Bar Foundation.  Isabel Santos, the Portuguese MP and Chair of the Democracy, Human Rights and Humanitarian issues, OSCE, touched upon the problems of Interpol’s systemic errors and the need for reform. The Spanish MP Ignacio Sánchez Amor, engaged in the defence of Alexandr Pavlov, pointed to the dilemmas of economic democracy pointing out that they should not overshadow violations of human rights and force the hand of democratic governments willing to help regimes in persecuting opponents. Jędrzej Czerep, analyst of the Open Dialog Foundation, noted that leaders of authoritarian states use Interpol mechanisms to pursue their political goals, as in their eyes, this is an effective method which carries low political risk.

The attention of the audience was particularly drawn by the contribution from Alexandr Pavlov, a Kazakh national who spent 18 months in a Spanish prison facing extradition to his home country. Astana placed him on the Interpol list and demanded his extradition based on fabricated allegations of terrorism and financial fraud. Pavlov’s case was accompanied by numerous scandals, including illegal pressure exerted on judges by Kazakh diplomats. At the Madrid conference, Pavlov presented his point of view on the events in which he was centrally involved. He said he had no grudge against Judge Guevara, who had pushed for his extradition in violation of the procedures.

In turn, Bohdan Danylyshyn, the former Ukrainian Minister of Economy in the government of Yulia Tymoshenko, presented the mechanism for the misuse of Interpol as a weapon for political revenge as wielded by Yanukovych’s team in his war against his predecessors, and the difficulties he faced explaining the political nature of his own case. By virtue of conference calls, the Madrid audience witnessed contributions from foreign guests who were unable to be physically present in the room. Alexey Torubarov gave a vivid account of his struggle with a red notice issued by Russia, his deportation from Prague to Moscow and the problems he encountered whilst attempting to obtain asylum status in Austria, the Czech Republic and Hungary. Dr Marina Machytková, the Czech advocate of Tatiana Paraskevich, using the example of her case, described the mechanism of using third states (Russia, Ukraine) to act as replacement applicants in order to mask the role of the state directly interested in the extradition of an individual (Kazakhstan).

The panellists’ speeches prompted a lively discussion with contributions on the financing of Interpol by its member states, the failure to draw conclusions from past errors, and more cases of the misuse of Interpol noted in European Union countries.