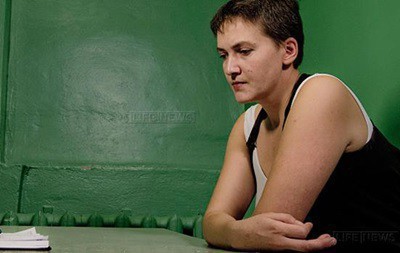 The Ukrainian lieutenant N. Savchenko was relocated to the Serbsky psychiatric centre in Moscow. Yesterday, on October 13th, a court hearing was supposed to be held in her case, it has now, however, been postponed until November 11th.

The examination is allegedly supposed to determine whether Savchenko is of sound mind. According to the Russian authorities, the procedure is a standard one. Resorting to court-ordered psychiatry, however, is reminiscent of the worst practices during the era of the USSR.

The Foundation has already organised a number of international monitoring missions concerning the case of the Ukrainian pilot; the most recent of which included Anastasia Chornohorska (ODF) and Liliia Naumchuck (OZON).

The 18 August, 2014 decision to refer N. Savchenko for psychiatric testing in the Serbsky psychiatric hospital in Moscow. 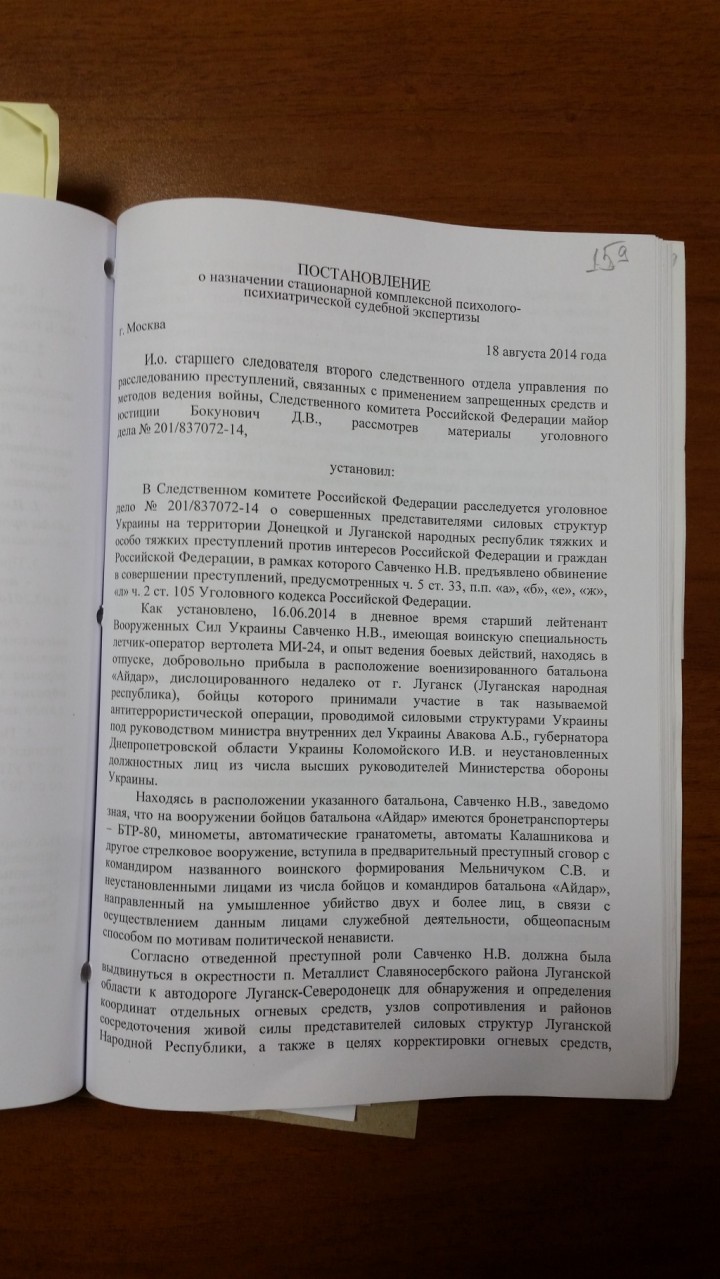 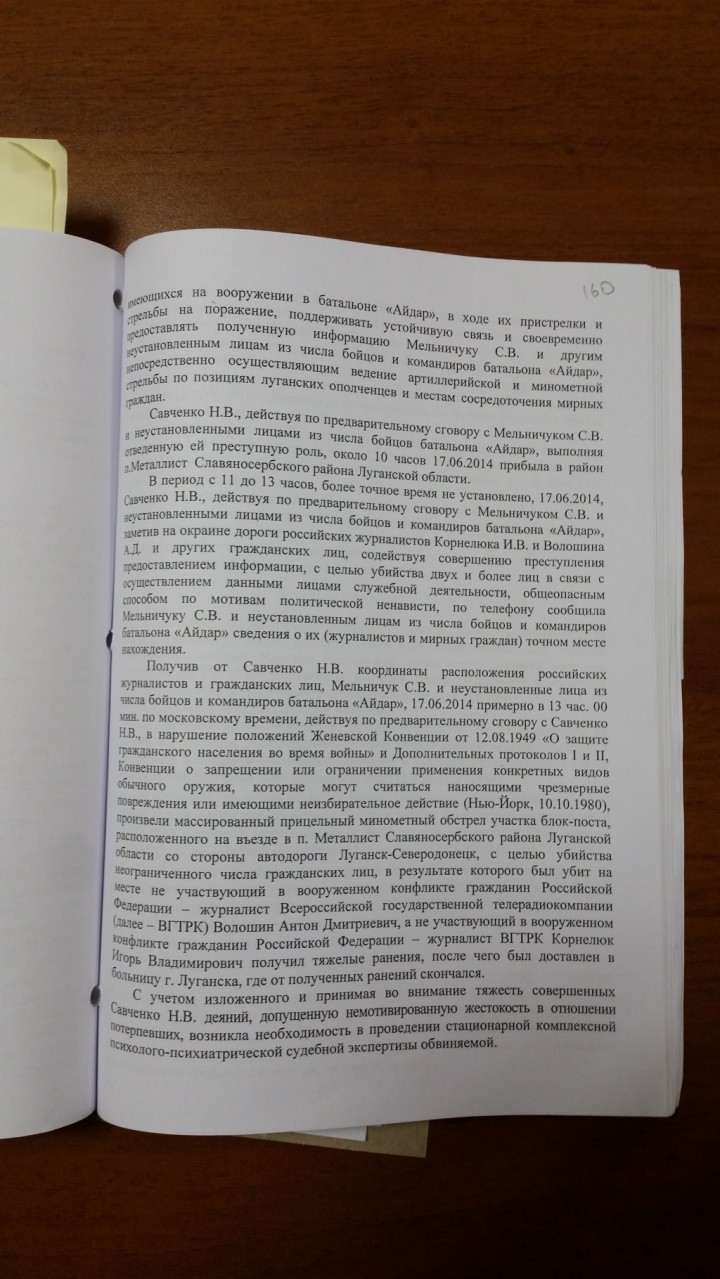 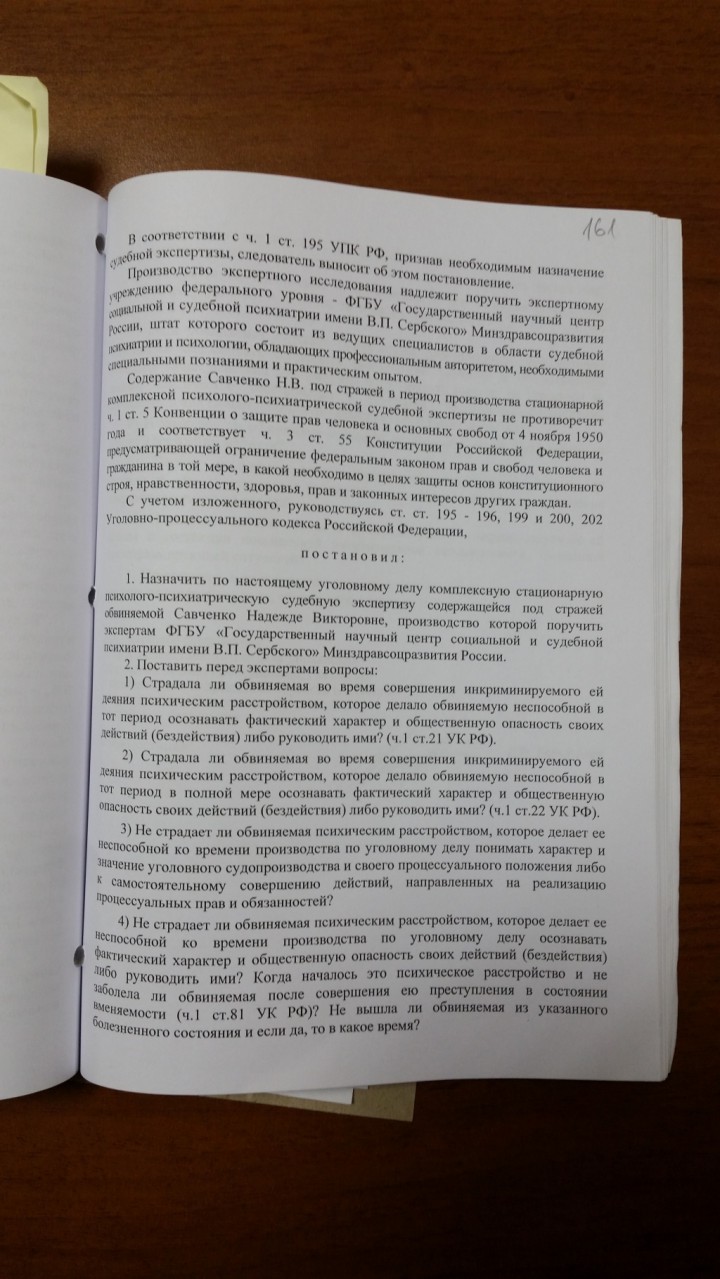 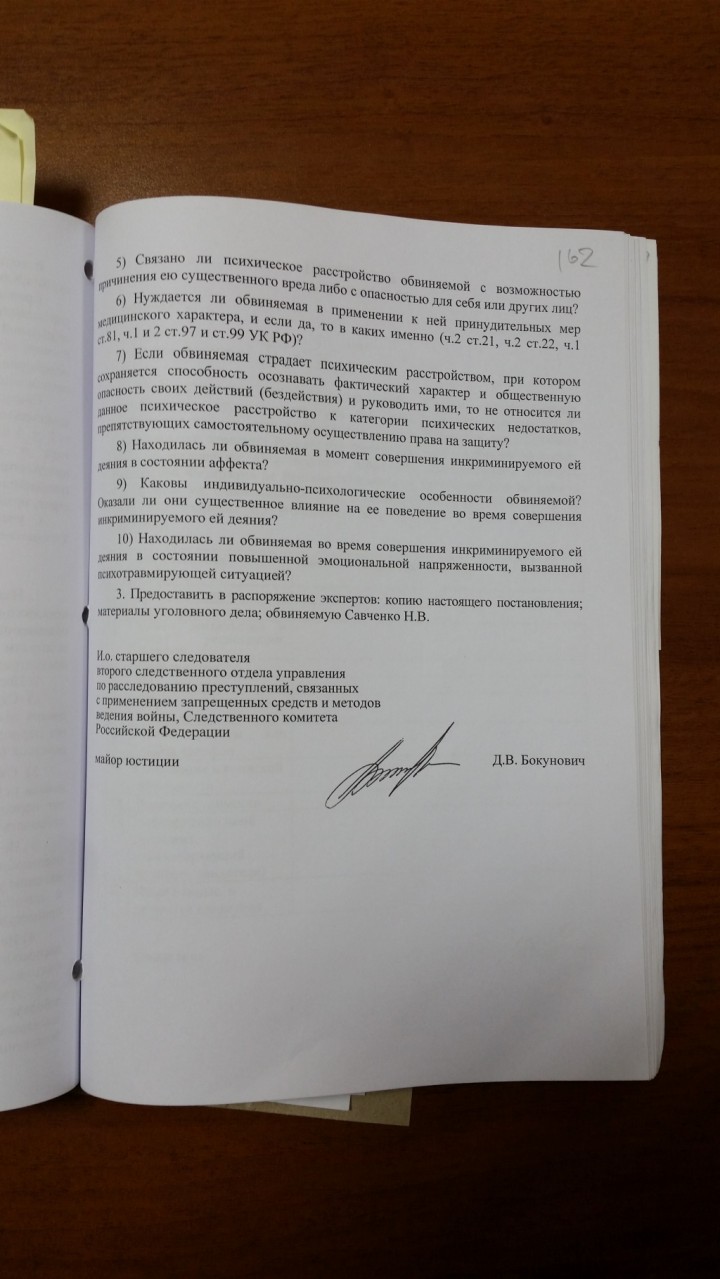 The response – on October 13, 2014 – a representative of the psychiatric hospital where Savchenko is currently an inpatient has announced that her continued hospitalisation is necessary as she cannot discontinue her treatment; which is tantamount to her being denied the right to be present during her trial. 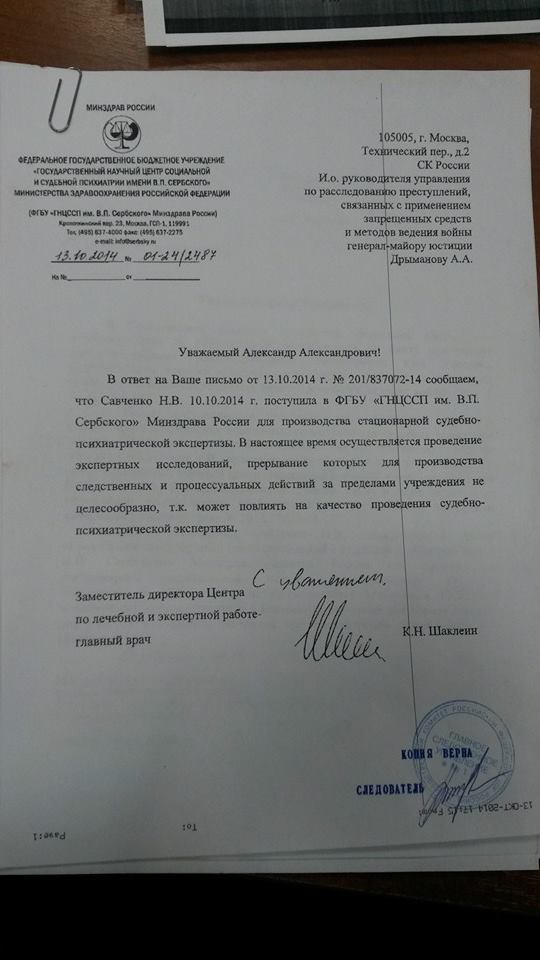