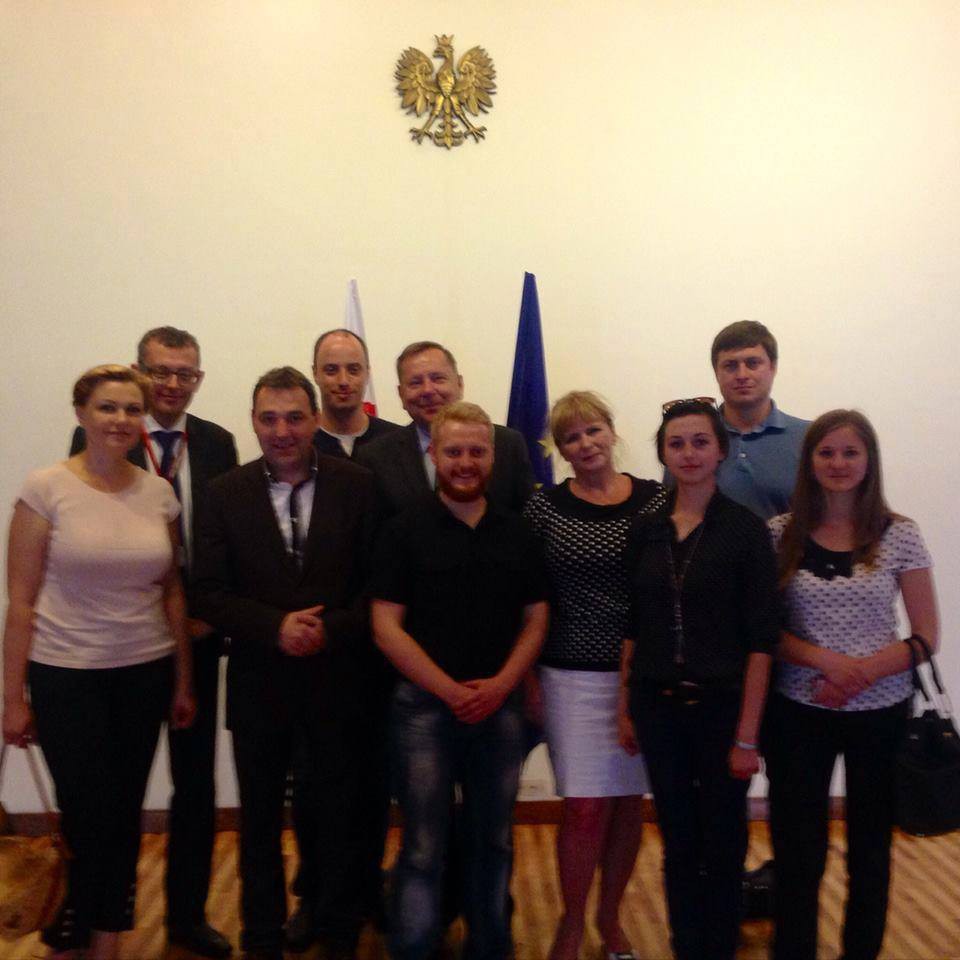 The Open Dialog Foundation, in cooperation with the Ukrainian Ministry of Foreign Affairs, organised the first international observation mission concerning Lieutenant Nadiya Savchenko, detained by pro-Russian terrorists on the territory of Ukraine, abducted and taken to Russia, and accused of murdering two Russian journalists.

Her case is being processed by the Investigative Committee and Moscow’s prosecutor’s office. Nadiya is being held in remand prison in Voronezh, in south-west Russia. According to international law, Russia has no right to detain, charge or put Nadiya on trial. Russian authorities do not allow any visits or contact from diplomatic and consular services or attorneys. Apart from investigators and public defenders who are linked to the Federal Security Service, no one has had the opportunity to see Nadiya since her arrest. We do not have any information concerning her physical and mental condition at this time.

Nadiya has become a symbol of the Ukrainian people’s resistance against external attempts to instigate a civil war on the territory of Ukraine, and Moscow’s violent military actions against Ukraine which have become increasingly overt. President Poroshenko has declared that there will be an active exploration of all avenues which may lead to the freeing of Nadiya. In response to a request from the Ministry of Foreign Affairs of Ukraine, the Open Dialog Foundation suggests a broad international campaign alongside support for Nadiya and her family in obtaining adequate legal counsel. Nadiya’s attorney, hired by the Foundation, in consultation with the Ministry of Foreign Affairs and her family, is Mark Feygin, a renowned Russian lawyer, whose clients include Pussy Riot, and currently Mustafa Dzhemilev and Mukhtar Ablyazov.

The mission went to Voronezh and Moscow to meet with representatives of Russian governmental institutions and administration of justice, as well as diplomatic representations of Ukraine and EU Member States, organisations defending human rights and the media. The delegation met, amongst others, the Ukrainian Consul Gennadiy Breskalenko, to whom they gave letters from Nadiya’s mother and President Poroshenko. The Consul passed the letters on to the advocates who went to visit the detainee. Also, the mission members, through the Consul, made a written request for a visit. While waiting for a reply, they put up Ukrainian and Russian flags. Ultimately, it was only the Consul who was allowed a visit.

The mission’s representatives also met the journalist of the Ukrainian TV channel “1+1” Yevgeniy Agarkov. On 19.07.2014, Agarkov was detained for carrying out journalistic activities on the territory of the Russian Federation without the required accreditation. The cause of the detention was a short film shown on the Ukrainian television channel “1+1”, in which Yevgeniy provided information about Savchenko’s case.

The mission was joined by Polish MPs, deputies to the Ukrainian Verhkovna Rada, representatives of Ukrainian human rights organisations and the Ukrainian office of the Ombudsman – Oksana Prodan (UDAR), Oleg Osukhovsky (Svoboda), and the Polish MPs Tomasz Makowski (Twój Ruch, Your Move) and Małgorzata Gosiewska (PiS, Law and Justice). The deputies were accompanied by Yurii Byelousov from the office of the Ukrainian Ombudsman, Iryna Mukhina of the Civil Freedoms Centre EuroMaidan-SOS, Natalya Koshyn of the Human Rights Information Centre, and the journalist of Channel 5 Anna Miroshnychenko accompanied by a camera operator. The Foundation was represented by Petro Okhotin. The mission was also to be joined by the MP Oleksandr Brygynets (Batkivshchyna), he had been held up however by the Belarussian services on his way to Moscow, during a stopover in Minsk, despite holding a diplomatic passport. The militsyia captain he was talking to told him that this was due to a “verbal order from some executive”.