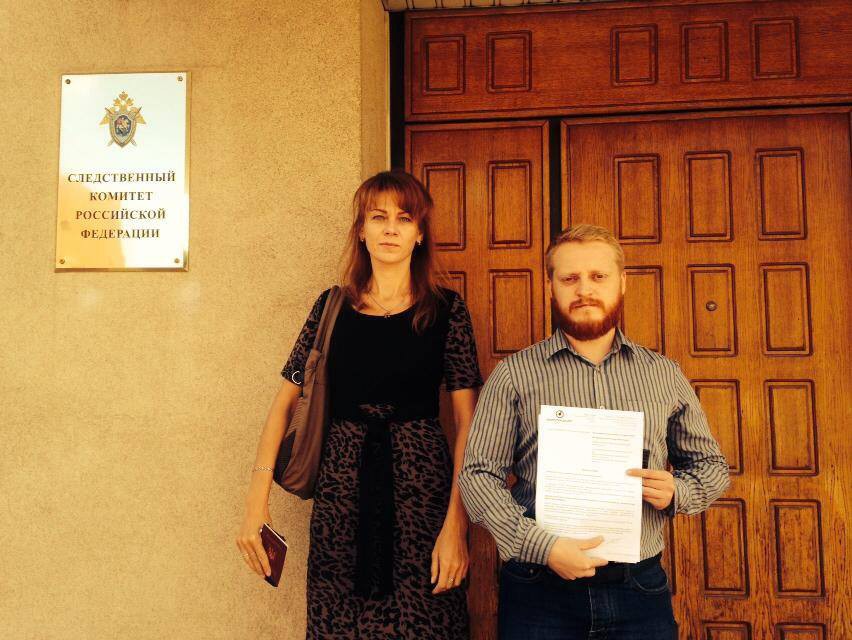 At the end of August, the Open Dialog Foundation organised a fourth observation mission to the Russian Federation concerning the illegally detained Ukrainian nationals: Oleg Sentsov, Aleksey Chirniy and Nadiya Savchenko. The mission was joined by Lilia Naumchuk (OZON) and Petro Okhotin (ODF).

On 25th August, the mission members went to a court session concerning the Ukrainian film director Oleg Sentsov. The hearing was also attended by Natalia Paul, first adviser to the Ukrainian Consul in the Russian Federation. During the appellate hearing, the defence lawyer Dmitrii Dinze filed a motion for the investigator A.Burdin to present the evidentiary material. The motion was rejected.

The delegation also took part in a meeting with prosecutor Genadii Ushakov. He had previously received a report on Lieutenant Savchenko, commissioned by the Open Dialog Foundation. After the visit, the mission members made a request to see a representative of the prosecutor general’s office and then went on to the seat of the investigation committee of the Russian Federation with a view to seeing the investigators. The officials collected the letter but the mission participants were informed that telephone registration was necessary.

The mission members filed a further request to see a representative of the presidential administration to whom they had provided a report by the Open Dialog Foundation on the matter of the abducted Lieutenant Savchenko.

On 27th August, a court hearing was held in the Sovetskii Court (Moscow) concerning Lieutenant Savchenko. The hearing was about the prosecutor’s request to extend the temporary detention of the accused. The course of the hearing was    controversial – the Russian investigators were unable to present a single piece of evidence confirming Savchenko’s guilt, which was pointed out to them by the accused’s defence lawyer. Nonetheless, the Court allowed the application made by investigator Manshin to extend Nadiya Savchenko’s detention and consequently, she is to remain in the detention centre until 30.10.2014.