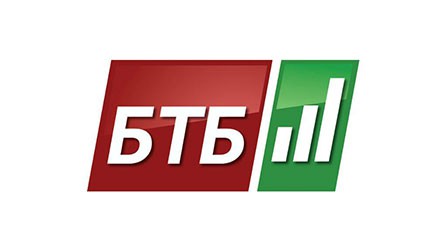 BTB: The Donbass may mirror the fate of Transnistria in economic terms

If the conflict in the Donbas ‘freezes’, the territory controlled by separatists, in economic terms, may come to mirror the fate of Transnistria, Abkhazia and South Ossetia. It will curtail the number of large companies to only a few, as they will only be permitted to conduct foreign economic activity through another country. This opinion was expressed by Viktor Mazyarchuk, an expert of the Open Dialog Foundation, in the TV programme ‘National Interest’ aired on the BTB TV channel.

“No civilised country has recognised the independence of Transnistria. Consequently, there are only a few large companies in its economy which pay taxes in Transnistria, because they are seated there, but their export activities can only be carried out through Moldova in accordance with the country’s legislation. Theoretically, a similar scenario can be expected in the Donbas. However, I very much hope that this will not happen “- Mazyarchuk stated.

“Abkhazia and South Ossetia can serve as similar examples; they were recognised only by few countries, including Russia, because Russia was the main culprit behind the conflict. These are quasi-states which have their self-government, parliament, heads of state and government, but their economic activity can only be carried out through Russia. This is another scenario of events in the Donbass. The ‘Donetsk People’s Republic and ‘Lugansk People’s Republic’ could also, theoretically, carry out their economic activities solely through Russia.

Currently, the occupied territory of the Donbass is being robbed. According to the latest data, published by the National Security and Defence Council, terrorists seized 15,000 tonnes of coal from the ‘Sverdlovantratsit’ company, owned by Rinat Akhmetov. Armed persons simply arrived, armoured personnel carriers blocked the area and loaders with machines started to take the coal from the warehouse.  It’s only 20 kilometres in distance from Sverdlov to the Russian border. And so they transported the coal to Russia and sold it for a good price”- Mazyarchuk summed up.