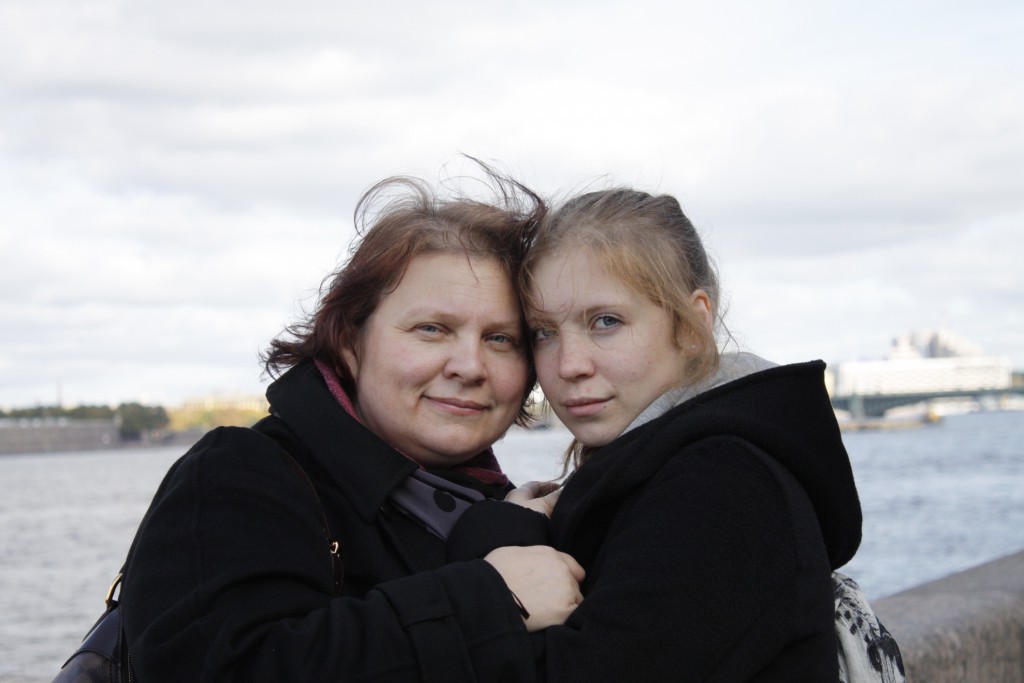 The Czech authorities refused to extradite Tatiana Paraskevich to Ukraine and Russia. As of today, Interpol hasn’t removed her from the wanted list

17 October 2014 |
Table of contents:
The case of Paraskevich as a political order of the Kazakh regime Interpol has been reviewing the request for the removal of Paraskevich’s name from the wanted list for 6 months now

Tatiana Paraskevich, a former colleague of Kazakh opposition politician Mukhtar Ablyazov and one of the most important witnesses in his case, has international protection in the Czech Republic and will not be rendered to Ukraine or Russia. Documents, disseminated in the media, confirmed that the case of Paraskevich, similarly to the case of Ablyazov, is politically motivated and was launched on the order of the Kazakh regime. However, the consequences of fabricated accusations, presented to Paraskevich, still have a significant impact on the freedom of movement and the rights of Tatiana: it’s been more than six months since Interpol began considering the request for Parskevich’s removal from the international wanted list.

Following an identical pattern, Russian and Ukrainian prosecutor’s offices opened a case under questionable criminal charges, accusing Paraskevich of involvement in a ‘criminal group’ of Mukhtar Ablyazov. Russian citizen Tatiana Paraskevich did not work on the territory of Ukraine. According to her, she didn’t even work in BTA Bank, which is the injured party in criminal proceedings against Paraskevich, Ablyazov and his other colleagues.

On 11 April, 2014, the General Prosecutor’s Office of the Czech Republic appealed against the decision of the Interior Ministry of the Czech Republic to grant international protection to Paraskevich. Prosecutors stated that the Interior Ministry had failed to adequately substantiate the decision. As of 14 October, 2014, the court had not considered the complaint of the prosecutor’s office. According to available information, it was for the first time in its history that the Czech General Prosecutor’s Office had appealed against a decision to grant asylum. In addition, previously, Prosecutor of the Regional Prosecutor’s Office in Pilsen, Vera Chekhova delayed the release of Paraskevich from custody for over 1.5 years, by repeatedly filing appeals, which sometimes had no logical sense.

In March 2014, Tatiana Paraskevich was released from custody. The Czech authorities refused the requests of Ukraine and Russia to render her.

On 21 July, 2014, the Ministry of Internal Affairs of the Czech Republic rejected the motion regarding the issuance of a passport to Paraskevich. As it transpired, the reason for this decision was that on 3 May, 2012, the Federal Republic of Germany placed Paraskevich ​​in the Schengen Information System as an ‘undesirable alien’. This record will be valid until 25 April, 2015, and may be an obstacle to when it comes to the extension of Paraskevich’s international protection. Tatiana contacted the office for the protection of personal data in Bonn in order to find out the reasons behind her placement in the Schengen Information System and requested that her name be removed from this system, as along with the international protection, she was also granted a residence permit in the Czech Republic.

The case of Tatiana Paraskevich is part of a general campaign of harassment against the opposition politician Mukhtar Ablyazov and a method of obtaining ‘convenient’ testimonies against him. Ablyazov was granted political asylum in the UK, and many of his colleagues received this status in other European countries. The great interest of the judiciary was evoked by documents proving that, in cooperation with Ukrainian and Russian investigative authorities, Kazakhstan endeavours to extradite Mukhtar Ablyazov and his colleagues.

Through the Ukrainian law firm ‘Ilyashev and Partners’, the Kazakh party prepared for Ukrainian investigator Melnik requests for extradition and the decision to prosecute Tatiana Paraskevich, questions to be asked during her interrogation and a motion to place her on the Interpol wanted list. At the same time, the investigator received instructions from the Kazakh side that the questioning of the defendants in the case ‘must prove’ that Paraskevich was one of the ‘Ablyazov people’ who allegedly‘managed offshore companies’. As a result, the Ukrainian authorities suspended investigator Melnik from the case and on 30 July, 2014, they opened a criminal case, charging him with exceeding his official powers.

In Russia, the case against Paraskevich is led by investigator Nikolay Budilo who is included in the ‘Magnitsky list’. On 19 November, 2012, in Pilsen, while interrogating Paraskevich, Budilo openly threatened her lawyer Marina Makhitkova. Budilo also threatened the son of Paraskevich with beatings in an attempt to coerce his mother to sign the necessary documents. Russian policemen intimidated Paraskevich’s daughter, suggesting that she may be excluded from the university, kidnapped or subjected to criminal prosecution.

Not only was the undue influence of the Kazakh side exerted on Ukrainian and Russian investigative authorities, but also on the investigating authorities of the Czech Republic. Not being a party to the case, the Kazakh BTA Bank sought the extradition of Paraskevich and provided materials, fabricated by the Ukrainian side, to investigative and judicial authorities of the Czech Republic. Lawyer Vojtech Trapl, representing the interests of BTA Bank, offered Counsel Makhitkova a chance to “cooperate with the investigators”, namely, he demanded that Paraskevich give “truthful testimony” against Ablyazov. In exchange, BTA Bank promised to request that Ukraine close the criminal case.

The case of Paraskevich serves as further confirmation of the absence in the Interpol system of effective mechanisms to prevent abuses by individual Member States. Paraskevich received international protection and must not be rendered to Ukraine or Russia. Thus, the international arrest warrant, borne out of the actions of Ukraine and Russia, lost its relevance. Despite this, Paraskevich’s name remains on the Interpol wanted list, which restricts her right to travel. The ‘Red Notice’ warrants her immediate arrest should she leave the territory of the Czech Republic.

This is one of numerous examples which reignite the issue of reforming the post-World War II asylum system in Europe. In many cases, refugee status does not protect individuals from political persecution. Non-democratic states implement ‘tricky’ methods of persecution, not recognising refugee statuses and issuing international arrest warrants for the persons, under the pretext of contrived criminal charges. In turn, the inertness and closeness of Interpol activities allows autocracies to pursue their political opponents whilst bypassing the European Justice system.

On 31 March, 2014, Counsel Marina Makhitkova filed a request to the General Secretariat of Interpol regarding the removal of Tatiana Paraskevich’s name from the international wanted list. On 14 April, 2014, the Commission for Control of Interpol Files promised to consider the petition. However, six months later, the response from Interpol is yet to be received. This case confirms the position of the PA PACE members, who stated: “An appeal against a decision of Interpol to place a person on the international wanted list is costly, time-consuming and often fruitless”.

When considering requests for placing people on the wanted list, Interpol mainly pays attention to the formal guarantees from the States and does not properly investigate the essence of the case. Therefore, the ‘red notice’ is issued almost automatically; as a result of such action, Tatiana Paraskevich spent almost two years in custody while the courts were considering the admissibility or inadmissibility of her extradition. According to Paraskevich, prolonged detention seriously affected her health. Her health problems relating to her heart, eyesight, stomach and kidneys worsened and her hypertension increased. It should also be noted that the European courts which consider requests for extradition, in most cases, cannot assess whether criminal proceedings are in line with appropriate standards and whether the case is politically motivated.

Even after obtaining refugee status, Tatiana Paraskevich continues to remain in the ‘trap’ of authoritarian regimes in Kazakhstan and Russia, as Interpol has not removed her name from the wanted list. After the publication of numerous pieces of evidence showing that the charges against Paraskevich, Ablyazov and his colleagues were trumped up, Interpol is obliged to respond provide answers regarding the violation of Article 3 of its Constitution, which prohibits the prosecution of persons for political reasons. A lack of an adequate and rapid response to numerous cases of this kind may put the international organisation, designed to combat criminality, in a dubious position.

As reported by Paraskevich, although the decision on the inadmissibility of her extradition to Ukraine and Russia has been issued, she still cannot feel safe. Her family is under threat, as they periodically reside in Russia. According to the information obtained by Tatiana, the investigating authorities of Kazakhstan and Russia are determined to get their hands on her ‘by any means necessary’.

We welcome the position of the OSCE PA and the PA Council of Europe regarding the support for the reform of Interpol in order to prevent the misuse of its mechanisms for political purposes, and the need for a more thorough study into this problem. The Open Dialog Foundation hereby appeals:

– to the General Prosecutor’s Office of Ukraine – to thoroughly investigate the high-profile incidents of corrupt cooperation of MIA investigators with Kazakhstan for the purpose of fabricating criminal cases and for their revocation of the request to place on the international wanted list and extradite Tatiana Paraskevich.

– to the General Secretariat of Interpol – to facilitate the efforts of the international community in reforming and improving the transparency and efficiency of the Interpol system; to take into account the obvious facts of the contrived criminal case and, as was the case with the Kazakh opposition leader and Ablyazov’s colleague, Muratbek Ketebayev to remove the arrest warrant for Tatiana Paraskevich from international databases in connection with violation of Art. 3 of the Charter of Interpol.

– to the Office for Personal Data Protection in Bonn and to the Office of the Federal Criminal Police Office in Wiesbaden – to explain on what basis Tatiana Paraskevich was placed in the Schengen Information System, and remove her from the list of the system in connection with her obtainment of a residence permit and the granting of international protection to her in the Czech Republic.

– to the United Nations High Commissioner for Refugees – due to a lack of general international principle of compulsory recognition of refugee status and the abuse of Interpol mechanisms by authoritarian regimes, to initiate a public discussion regarding possible options for reform of the institution of asylum in order to better protect refugees from political persecution.