Search
The Open Dialogue FoundationMedia about usPAP: Experts on the elections in Ukraine: there is hope for approximation with Europe

“Firstly, due to their organisation, which was very efficient, and due to the fact that there were no major incidents or violations of the law”, Kramek said. He went on: “this is noteworthy, especially given that the previous governing coalition had fallen apart in August and there was exceptionally little time for preparing early elections” – the Polish Press Agency cites Bartosz Kramek. 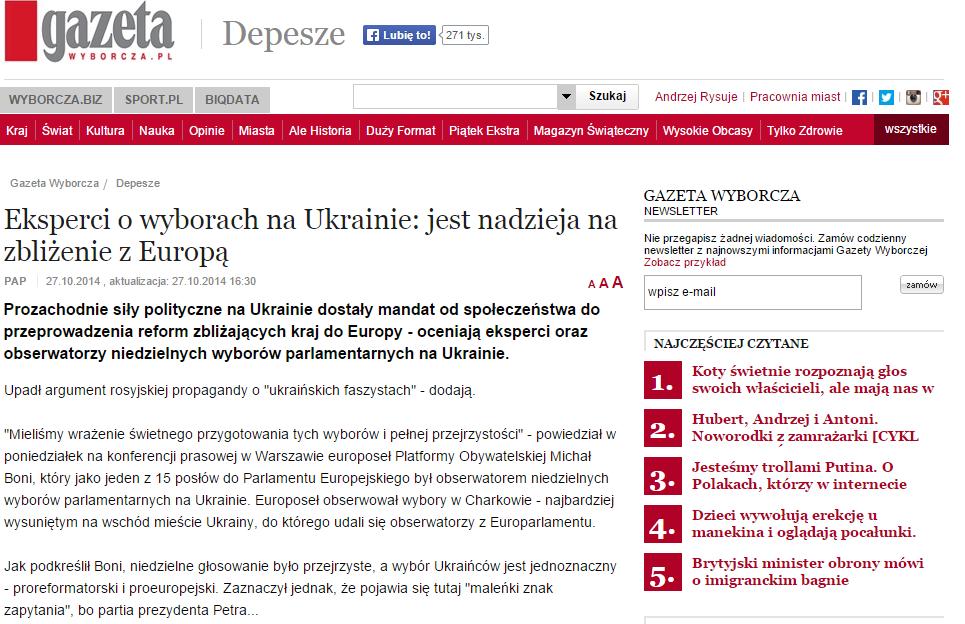 The dispatch was published on such information portals as: