27.10. Moscow (PAP) – A Moscow court extended on Monday, the detention of the Ukrainian female pilot Nadiya Savchenko until the 13th February, who is accused by the Russian authorities of involvement in the homicide of two Russian journalists near Lugansk, in the conflict zone in eastern Ukraine.

Providing information about the court’s video conferencing session on Monday, Russian media wrote that the investigation concerning the Ukrainian navigator has been extended until 13th February too.

The court substantiated its decision by the fact that no new circumstances had occurred which would justify a change in the penal sanction against Savchenko. It was also noted that she had perpetrated a particularly serious crime and, whilst at large, she may try to go into hiding and so she was also denied release on bail as well. 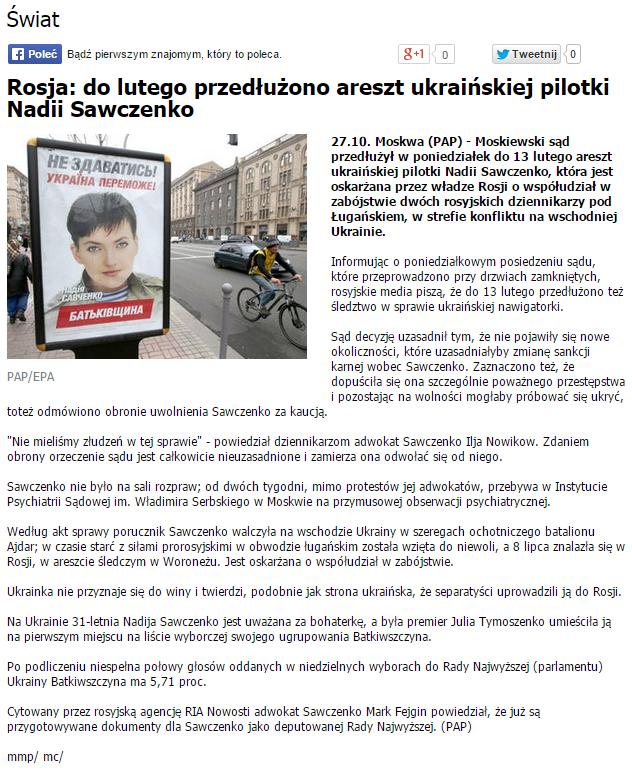