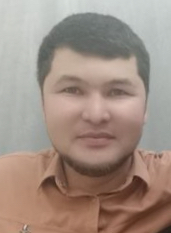 On 29 November 2022, a court in Kyzylorda sentenced Kazybek Kudaibergenov to 17 years in prison. He was found guilty of “participation in the mass disorders” (Article 272 of the Criminal Code) during the January events, as well as “use of violence against a representative of the authority and attempt on the life of a law enforcement officer” (Article 380 of the Criminal Code). During the pre-trial investigation, Kudaibergenov was subjected to severe torture and forced to take the blame for the murder of a military officer, which he did not commit. Kudaibergenov’s lawyers provided irrefutable evidence of Kazybek’s innocence of the incriminated crimes, but the court ignored it. In protest against the unjust sentence, Kazybek Kudaibergenov attempted suicide.

Kazybek Kudaibergenov is a 34-year-old private entrepreneur from Kyzylorda. He has three minor children in his family. Kudaibergenov was the only breadwinner in the family, as his wife is disabled due to an oncological disease.

In early January 2022, Kyzylorda, like many other cities in Kazakhstan, witnessed mass peaceful protests. President Tokayev called the protesters “terrorists” and gave the order to “shoot to kill without warning“. At least 26 people killed in Kyzylorda during the crackdown.

On 5 January 2022 Kazybek Kudaibergenov was shot in the leg while in the central part of the city Kyzylorda. He had not taken part in the protests and was an accidental victim. After he was wounded, he was taken to hospital. According to Kudaibergenov, there were many injured people in hospital at the time. As he had an exit bullet wound and the bullet did not hit any bones, he was bandaged and went home.

On the evening of 8 January 2022, “SOBR” (Special Rapid Response Unit) officers arbitrarily detained Kazybek Kudaibergenov and searched his house. Kudaibergenov was charged with the “murder” of a soldier during protests in Kyzylorda. According to the investigation, Kudaibergenov seized a KAMAZ truck and drove it towards a group of soldiers, killing one of them. Later the charge of “murder” was reclassified to charges of “violence against a representative of authority” and “attempt on the life of a military officer”. The bill of indictment states that the accused is involved with the Democratic Choice of Kazakhstan (DCK) movement, which is recognised as extremist in Kazakhstan and therefore is banned. In this way, the authorities intimidate peaceful protesters who support the DCK and fabricate charges against the Kazakhstani opposition and the DCK in particular to justify mass shootings and torture during the January events.

In the first days after his arrest, Kazybek Kudaibergenov was tortured. This took place in the Kyzylorda Police Department. Kudaibergenov was beaten with truncheons, tortured with an electric current and threatened with rape. Police officers told him that if he resisted, “they would beat him even more“. To stop the beatings, he signed blank sheets of paper where investigators later entered the evidence they needed.

A forensic medical examination confirmed that violent acts were committed against Kudaibergenov. According to the conclusions of the examination, Kudaibergenov’s body had “peeled skin on the back of the lower thorax, a wound on the front surface of the right thigh, bruises around two eyes and on the back surface of the left thigh“. The Anti-Corruption Agency of Kyzylorda region opened a criminal case and launched a pre-trial investigation into the torture. The police officers who participated in the interrogation of Kazybek Kudaibergenov were questioned, but they denied that they used torture against the suspect. On the basis of this testimony, the criminal case was closed in July 2022, as it allegedly failed to identify those involved in the torture of Kudaibergenov. The CCTV cameras were installed in the police department where Kudaibergenov was tortured. However, a recording of the events that took place while Kudaibergenov was there has allegedly not been preserved.

Under the influence of torture, Kadybek Kudaibergenov was forced to incriminate himself and to sign false testimony on the charges. During further investigation, Kudaibergenov recanted his initial testimony and stated that he had given it under torture. However, at the trial, this testimony was not considered invalid and formed the basis of the charges.

The key evidence of Kazybek Kudaibergenov’s innocence is his phone billing, which showed that at the time of the military officers’ death, Kudaibergenov was in another part of the city – he was being taken to hospital wounded. However, the court did not take this evidence into account.

The public prosecution failed to provide evidence of Kudaibergenov’s guilt. Kudaibergenov’s fingerprints were not found in the KAMAZ vehicle. The state prosecution stated that the clothes seized from Kudaibergenov resembled those of the driver of the KAMAZ, but this statement was an assumption rather than proof of guilt. No expert examination was carried out to confirm that they were the same clothes. Motions filed by the defence for relevant expertise were rejected. Video footage of the events showed that the driver of the KAMAZ was wearing military-type clothing, but his face was not visible.

The wife of Kazybek Kudaibergenov stated that eyewitnesses to the events in Kyzylorda had told her that the officer had died as a result of an accident – another officer was driving a truck and was driving in reverse and failed to notice his comrade. However, these witnesses were afraid to testify in court. A number of military officers were questioned as witnesses at the trial whose testimony could not be regarded as objective and independent. In addition, there was no evidence that these officers had actually witnessed the death of the officer. During the trial, they kept changing their testimony.

Also at the trial, Kudaibergenov’s defence drew attention to the facts of procedural violations and falsification of data during the conduct of criminal proceedings. However, the court did not accept these arguments either.

On 12 January 2023 Kazybek Kudaibergenov attempted suicide in prison. According to the medical certificate, Kudaibergenov inflicted a 5 cm deep wound in the neck area. He was provided with medical assistance in time. In this way, Kudaibergenov protested against the fabrication of a criminal case against him and the unfair court decision.

The Kazakhstani authorities committed themselves to an objective and full investigation of the January 2022 events. However, in reality, they have launched a large-scale crackdown on peaceful protesters, civilians arrested during the protests, and human rights defenders and journalists who have documented human rights violations and the right to peaceful assembly. Kazybek Kudaibergenov was one of those against whom the authorities fabricated charges to justify the order to “shoot to kill without warning” at peaceful citizens and the introduction of Russian-led CSTO (Collective Security Treaty Organisation) troops into Kazakhstan. The trial against Kazybek Kudaibergenov was accompanied by multiple procedural violations and took place with a clear accusatory bias – the judge rejected key motions of the defendant’s defence and consistently ignored arguments about his innocence.

The coalition of Kazakhstani human rights organisations #ActivistsNotExtremists considers the use of torture to obtain false evidence and the fabrication of a criminal case against Kazybek Kudaibergenov unacceptable. We call on the UN, the OSCE and the EU institutions, as well as the governments of the USA, Canada and other democratic states to adopt urgent measures to stop the repression by the authorities of Kazakhstan against participants and witnesses of the January events. We call on the Kazakhstani authorities to immediately acquit and release Kazybek Kudaibergenov.