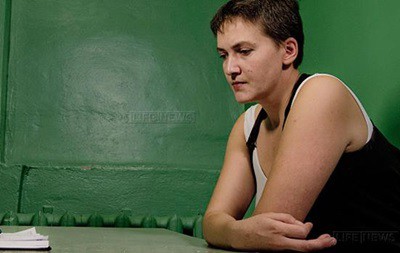 Russian investigators are hindering the work of Nadiya Savchenko’s attorneys

The Open Dialog Foundation is expressing its protest against unlawful actions undertaken by Russian investigators, designed to thwart the efforts of Nadiya Savchenko’s attorneys: Mark Feigin, Ilya Novikov and Nikolay Polozov. Specifically, the investigators are exerting pressure on Savchenko herself as well as her family members in order to get them to replace the aforementioned attorneys with ones that are more “loyal”. Also, there have been attempts to get Savchenko’s defence lawyers to sign non-disclosure declarations. The whole investigation is playing into the hands of Viktor Chevguz, Savchenko’s Ukrainian lawyer, who is prepared to cooperate with the Investigative Committee of Russian Federation.

Nadiya Savchenko announced that investigator Dmitry Manshin, who is heading her case, has offered her a “chance” to replace her attorneys with someone more “loyal to the authorities and the investigation”, whilst providing two candidates: “attorney A.” and “attorney G.” (names withheld for the sake of Nadiya’a safety). The Ukrainian pilot has refused to change attorneys.

The fact that her current attorneys are an inconvenience to the investigation was also mentioned by Dmitry Manshin during his conversation with Nadiya’s Ukrainian lawyer, Viktor Chevguz. “The defendant would be better off without these attorneys: They are not helping her but causing her more harm. They are smearing us with dirt instead of genuinely cooperating with us. As a result, they are getting no further than the gates of the Committee (i.e.the Investigative Committee of Russian Federation)” – Chevguz recounts Manshin’s words.

Mark Feigin stated that investigator Dmitry Manshin had made an attempt to get Savchenko’s defence lawyers to sign a non-disclosure agreement. “Such a declaration in this kind of case (Savchenko’s) is requested solely to conceal the flagrant procedural violations that have been committed in this investigation. I want to say that I will not sign any non-disclosure declarations. Let them try and remove me from the case. This will only serve to convince everyone of their unlawful practices” – Feigin stated. Nadiya Savchenko herself has written a note prohibiting her lawyers from signing any non-disclosure declarations, as she wants her preliminary inquiry to be conducted openly and publicly.

At the same time that attempts were made to get rid of the inconvenient attorneys from the case, the investigation maintained a positive attitude towards Savchenko’s Ukrainian attorney, Viktor Chevguz.

An analysis of the rhetoric employed by attorney Chevguz indicates that he is prepared to cooperate with the investigators and denied the existence of political motivation underlying Savchenko’s case.

The Open Dialog Foundation sees these attempts to hinder the work of Nadiya Savchenko’s attorneys as a sign that their defence efforts are indeed proving effective and headed in the right direction. The criminal case against Nadiya is completely fabricated and therefore the investigation is trying to prevent publicity through all possible means, one of which is to try and bring about the replacement of her defence lawyers.

Attempts undertaken by the investigators to exclude Savchenko’s current attorneys from the case are an act of interference with her defence, which constitutes a violation of the principle of adversarial proceedings (article 15 of the Criminal Code of RF). The Open Dialog Foundation is demanding that the investigation, and specifically Dmitry Manshin, cease their attempts to exert pressure on Nadiya Savchenko and her family members, who are being persuaded to drop the current attorneys and replace them with ones considered more loyal.