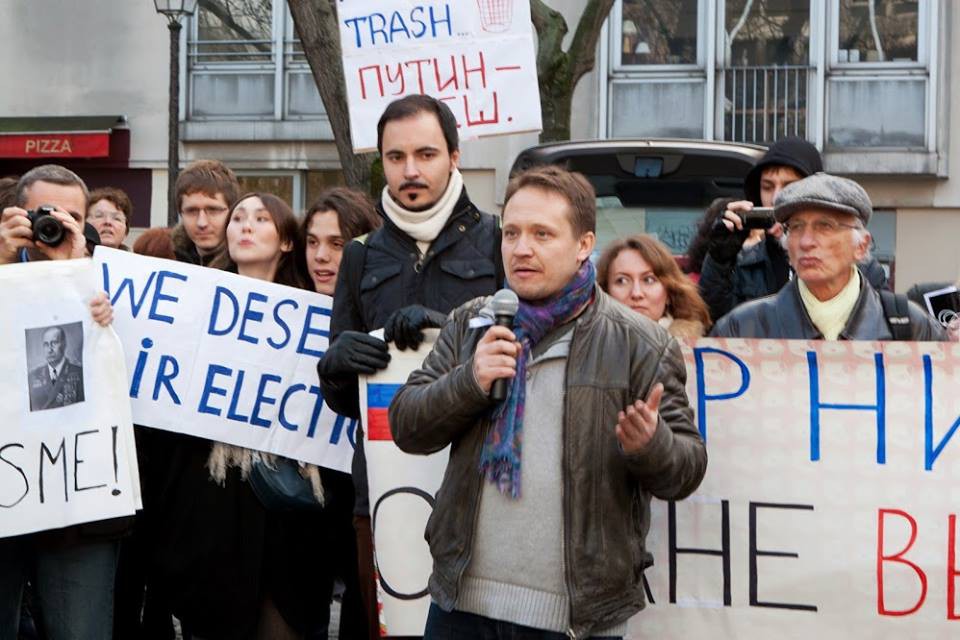 On Tuesday, 28th October 2014, the decision of the Municipal Court in Sofia to deny the extradition to Russia of the French democracy activist Nikolay Koblyakov became final. This is a consequence of a courageous gesture of the Bulgarian prosecutor who, during a hearing a week before, withdrew from supporting the Russian charges, pointing to the political motivation behind them. Three months after his arrest in Bulgaria, Koblyakov can now return to his home in Paris.

‘The Court extricated itself skilfully from this politically uncomfortable situation,’ says the lawyer Wojciech Mądrzycki, representing the Polish legal circles, who observed the hearing on behalf of the Open Dialog Foundation. ‘Even though it acknowledged the prosecutor’s arguments, the Court relied, in its decision, on the weakness of the allegations under substantive law. Thus, it avoided a discussion on the political nature of the matter. Everyone was surprised, however, by the stance of the Prosecutor who courageously stood up to defend democratic standards. It is elevating to witness a young democracy such as Bulgaria daring to make a gesture which Italy or France was incapable of making’ he added, referring to the well-known cases of Alma Shalabayeva or Mukhtar Ablyazov, where countries of old democracy went along with the authoritarian regimes of Russia or Kazakhstan.

Koblyakov is one of the founders of the Russie-Libertés association which promotes, in France, the idea of democratic transformations in Russia and criticizes Putin’s rule. He co-authored the report presented in the French parliament on corruption in Russia. During the visit of Russia’s President on the anniversary of the Allies’ landing in Normandy, on 6th June 2014, he came to meet the Russian delegation with a Ukrainian flag. He wanted to show solidarity with the country being subjected to Russian aggression.

Russia put Koblyakov on the Interpol wanted list, thus reigniting the scandal of the StankoImport company of 2004/2005, whose liabilities he is said to have illegally assumed. Both statements from the company’s representatives and decisions of French courts pointed repeatedly to the unfounded nature of these allegations. Demanding that Interpol sought out Koblyakov, the Russians concealed the fact that they had known his place of residence (he has been living and engaging in activities in France for more than a decade). Russia also maintained that he was a Russian citizen whilst he also holds a French passport, and if required, he could also be put before the French administration of justice.

After Interpol had issued the “Red notice”, he travelled unhindered in Europe – visiting Greece, the UK, Germany, Portugal, Latvia and the Czech Republic. It was only in Bulgaria that he was arrested. Concerns were voiced that this did not happen by chance – Russia is rather influential there, also in the country’s administration of justice. His detention there and his subsequent appearance before a Bulgarian court could make it easier for Russia to bring about the desired outcome. There were speculations that the Court delaying its decision was dictated by the wait for the impending new government, including the new minister of justice. Pro-Russian forces were strengthened in the recent parliamentary elections.

Contrary to these concerns, during the hearing on 21st October, the party who was firmly against extradition was… the Prosecutor, Valentin Kirilov. He relied on reports produced by non-governmental organisations such as Freedom House and Human Rights Watch, which describe political repressions in Russia as well as corruption, the lack of independence of courts and violations of the right to fair trial. He concluded that in such circumstances, it would be inappropriate to extradite anyone to Russia, an opposition activist in particular. He also referred to the regulations of international law which prohibit extradition on the grounds of political views and in a situation where there is a risk that violations of the law will take place in the proceedings in the requesting country.

The Court allowed the Prosecutor’s arguments and denied the extradition. In the statement of grounds for the judgement, the Court concluded that the charges against Koblyakov were unclear, very poorly substantiated and the acts he was accused of did not constitute crimes under Bulgarian law. The Court also noted that the filing of such flimsy charges concerning incidents from a decade before suggested that there were other reasons behind Russia’s extradition request.