Search
The Open Dialogue FoundationMedia about usTVP info: Another plaque on the boulder at the place of the “Sleeping Four” statue

The TVP info portal describes the situation regarding the plaque installed at the place, where until recently, the statue of the “Sleeping Four” was to be placed. The plaque was to commemorate the victims of Maidan and ATO. The material cites the spokesman for the Open Dialog Foundation – Tomasz Czuwara. 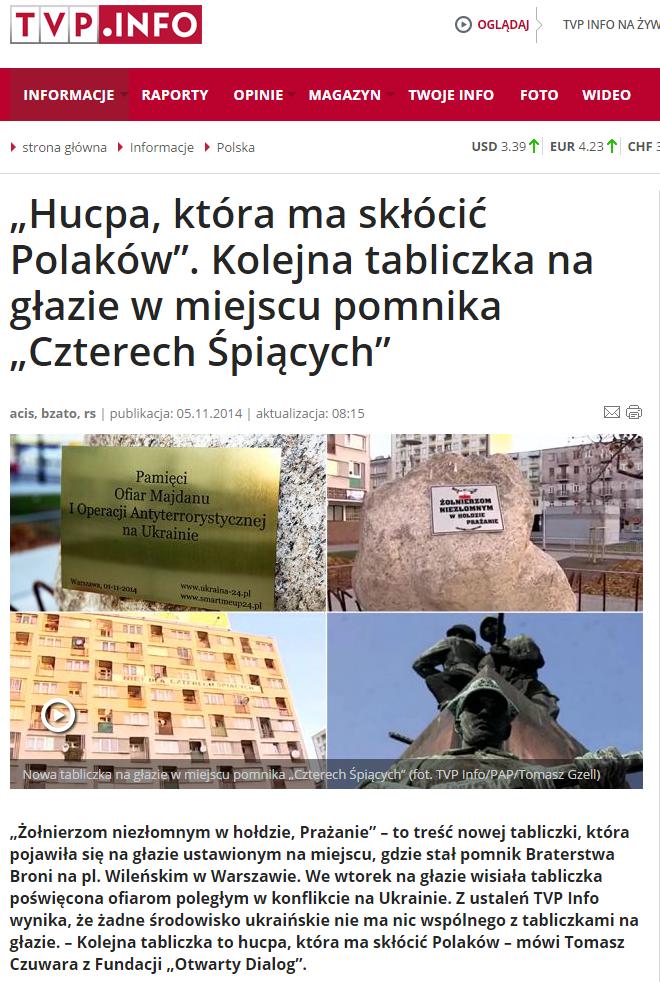