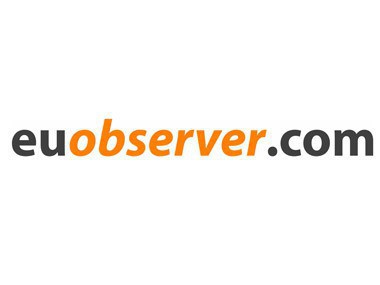 BRUSSELS – Chess legend Garry Kasparov was once the pride of the Soviet Union.

But 25 years after the fall of the Berlin Wall he lives in exile, accusing Russian leader Vladimir Putin of “strategic failure” and the EU establishment of “ignorance” in its dealings with Moscow.

Kasparov, who spoke to EUobserver on the eve of the Berlin Wall anniversary, said he will never forget the date it fell – 9 November 1989 – “because on that same day, four years earlier, I had just won the world [chess] championship”.

But for Kasparov, who gave up chess to become an opposition activist, Europe risks entering another dark chapter in history.

“What we are seeing in Russia is a resurgence of imperialism and nationalism in its most dangerous form,” he said, comparing Russia’s annexation of Crimea and Putin’s domestic propaganda to Nazi Germany on the eve of World War II.

“Just read what Putin has been saying in his [anti-West] speeches in the past year”.

With the EU and US imposing limited economic sanctions on Russia over its war on Ukraine, Kasparov said the West is more powerful than it thinks.

“Russian gas is one third of EU consumption. But Russia sells 80 percent of its oil and gas to Europe … If it all stopped, parts of the EU would freeze, but the Russian economy would fall apart”, he noted.

“The leverage is on the European side”.

Recalling European appeasement of Hitler when he annexed Austria in 1938, Kasparov said it would also cost less to stop Putin now than at a later stage.

But he added that some in the EU elite “don’t care about Ukraine and want to return to business as usual [with Russia]” for political or business reasons.

Italy and France have voiced doubt on keeping the sanctions in place.

But Kasparov reserved his sharpest words for Hungarian PM Viktor Orban and Czech president Milos Zeman, the most vocal sanctions critics, whose countries once rose up against Soviet oppression.

“They are committing crimes against the histories of their own nations. It’s an insult to the people who died in 1956 or 1968 from Soviet tanks, just as people in Ukraine are dying today”, Kasparov said.

The business-as-usual attitude is not limited to some EU chancelleries.

In a courtroom in Lyon, France, on 17 October judges listened to French public prosecutor Christian Ponsard argue why France should extradite Mukhtar Ablyazov – an opposition figure from Moscow’s ally, Kazakhstan – to Russia.

They also listened to Denis Grunis, a Russian prosecutor.

They refused to listen to a group of activists, including Kasparov, who had travelled to the hearing.

They then agreed, on 24 October, to hand over Ablyazov on grounds that Russia had followed legal due process.

They did it despite the fact the Russian judge behind the extradition request, Alexey Krivoruchko, is on a US and European Parliament blacklist for his part in the torture and death in 2009 of Sergei Magnitsky, a Russian anti-corruption activist.

The Lyon court and Ponsard declined to comment when contacted by EUobserver.

But Kasparov took note of Ponsard’s remarks on 17 October that Russia is a “reliable partner” and that Ablyazov “will face no risk of an unfair trial, or … other mistreatment”.

When asked by EUobserver why he thinks Lyon bowed to Moscow, Kasparov blamed “ignorance” and “arrogance”.

He said Western mass media and politicians, who still meet with “president” Putin and his top cadre, have created a false image of Russia as “being somehow a normal, democratic country, albeit with a few deviations, but not as bad as, say, North Korea, or even China”.

He noted that the image trickles down to institutions, like judiciaries.

He accused the French judges of “arrogance” because, he said, they prefer to deal with their equals in Russian officialdom instead of civil society.

“Governments prefer to deal with governments. Judges with judges. There’s a general approach that if Russia has signed all the technical documents, ticked all the boxes, then why bother listening to a few individuals who are known to be in the opposition?”.

He described the Ablyazov case as “emblematic”.

Interpol, the international police body which is also based in Lyon, and Europol, its EU equivalent in The Hague, likewise co-operate with Russia on law enforcement.

British, Dutch, French, German and US energy firms and banks do business in Russia where they can.

Fifa, the world football authority, still plans to hold the World Cup there in 2018.

“There is an indifference in the West to Putin’s abuse of power and to Russia’s total degradation of its own courts and legal system … The West is still willing to negotiate compromises and to sacrifice individuals for the sake of bigger deals”, Kasparov said.

In an insight into daily life under Putin, Kasparov, a 51-year old of Armenian-Jewish origin, spoke to EUobserver from the US because he doesn’t feel safe to go home to Russia.

“I could go back. But I don’t think they’d let me leave: It would be a one-way ticket”, he said.

He noted that he has never been threatened. But he said Russian security services tend to strike without making threats.

“You suddenly find yourself being interrogated and put behind bars. At best”.

He pointed to Alexei Devotchenko, a well-known Russian actor and Putin critic, whose dead body was, on 5 November, found in his Moscow apartment amid signs of violence.

“I can’t tell you he was murdered for political reasons. But if something like this happens in Russia, you have to at least suspect Putin’s cronies”, Kasparov said.

“I can bet you, in any case, the police will never find those who did it”.

“Putin has showed [by attacking Ukraine] that he has no respect for international treaties”.

“He has nothing to brag about at home – oil prices are low, the ruble is collapsing, the economy is stagnant – so the only thing he can offer to Russian people is fear of an outside enemy and fantasies of imperial greatness”, Kasparov said.

Looking back at his former role as a Soviet champion, he said Russian people are still receptive to nationalist propaganda.

“The collapse of the Soviet Union was painful. But, unlike in Germany, there was no process of reconciliation or lustration, of cleansing society of former Communist apparatchiks, and, most importantly, of the KGB”, he noted, referring to the Russian intelligence service, now called the FSB, where Putin began his career.

“The KGB remains a massive force in society”.

“There is no recognition of the fundamental sickness of the old system and of the crimes that the KGB committed inside Russia’s borders”, he added.

“The fact that Russia paid no real price for annexing Crimea has created a certain euphoria”.

Kasparov’s advice to EU policy makers is to play the long game against the Kremlin.

He said the sanctions regime is damaging Putin’s standing inside the Russian elite.

“Europe must keep its resolve and must maintain the sanctions. Putin is gambling that they are temporary. He is telling his inner circle that they will be lifted in the next six or eight months”.

“It’s important to send the message that they won’t be lifted and to give full support to Ukraine. Body language is very important. But we are not seeing the right body language from the West”, he added.

He noted that EU states and the US have refused to arm the Ukrainian military because of Putin’s “mad dog” tactics.

The Russian leader’s wild comments that he could invade Poland and his bombers’ skirting of Nato airspace have caused fear that if he is cornered he might escalate the conflict.

“The more ground you cede to Putin, the more dangerous he becomes … tomorrow the price of stopping him will go up. The day after it will be even higher”.

“There is a serious risk that he will do in [Nato member] Estonia what he is doing in Ukraine. Then we might hear the same voices we are hearing now: ‘Why should we die for some country we can hardly identify on the map?’ And that will be the end of Nato”.

The Russian ambassador to the EU, Vladimir Chizhov, once told this website that Kasparov is “a great chess player, but a lousy politician”.

Kasparov retorted: “I don’t need him to tell me if I’m good at chess. But I can tell him there is no such thing as ‘politicians’ in Putin’s one-man dictatorship”.

Asked by EUobserver if Putin is a good strategist, the chess champion said “any dictator who keeps power for 15 years deserves some credit” for his cunning.

But he noted that seven-or-so years ago, when Putin handed power to then-president Dmitry Medvedev, Russia appeared to be on a path of modernisation and reform.

“He [Putin] could have walked away on a high point”, Kasparov said.

“He could have had a good name in history. But now he is being compared to Hitler – you tell me if that’s a strategic success or a major strategic failure, even if there is some tactical success”