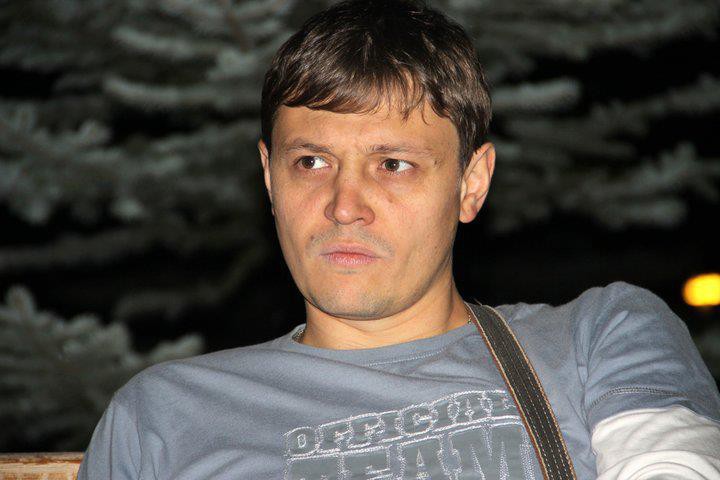 An apprehension and ridiculous charges filed against the editor-in-chief of the ‘Vzlgyad’ newspaper put him in one group with the most famous ‘prisoners of conscience’. We succeeded in finding out what his assessment of the situation is. Igor Vinyavskiy dictated his answers to questions of his colleagues to his wife Lana. See for yourself: he does not harbour any false hopes, nor does he intend to give up.

– Igor, how do you personally assess the charges filed against you?

– I consider them crazy! The alleged crime was committed two years ago, the crime that everybody knows about – and investigators, the prosecutor’s office, those caught red-handed – everyone, except for me! During this time one could make up any testimony and falsify any evidence.

– What is the flyer about? Do you know anything about it?

– I saw this flyer on the Internet, I cannot remember which site it was published on. There were a lot of flyers, including this one, if I remember rightly. There were various flyers – they showed the standard of living enjoyed by the Nazarbayev’s family and how many mansions Kulibaev has in Switzerland. The creators of the site suggested to copy and distribute these flyers if  people wanted to. But I personally did not print or distribute the flyers.

– If it is not the flyer that they are trying to put you in jail for – if it is merely a pretext, then what is the real reason?

–  It’s because I am an editor of an independent newspaper. It was because our newspaper published the truth about the Zhanaozen events. It was because we, with our activity, prevent Akorda from performing anti-nationalistic acts.

– At a recent session in the European Parliament it was said that all the people who have recently visited the EP, are all incarcerated today. Not so long ago you visited Brussels, too.

– Over the past year I have visited the European Parliament twice. The first time I went there with Vladimir Kozlov, the second time – in the winter, before the New Year, with ‘Stan-TV’ journalists. We talked about what is happening in Zhanaozen. How journalists were shot at. Which laws relating to national security we are going to adopt. We warned that mass oppressions would soon  begin in Kazakhstan.

– What message did you precisely try to convey to the MEPs? And how do you assess your attempts – did you succeed?

Blood was shed on the 16th of December, and we are already sitting in prison – without any guilt. I called on MEPs to stop flirting with Nazarbayev, to impose sanctions against him and his team, to block his free entry into the EU, to demand the release of political prisoners and the conduct of an investigation into the events in Zhanaozen by independent organisations and independent media.

Whether we succeeded to convey the message I am uncertain… International politics is a difficult issue, and I cannot just state whether we succeeded or not. But we were listened to, and genuine interest was shown. And that’s something!

– How do you assess your situation today? Do you think that you will be imprisoned?

– I consinder my case political. I am a political prisoner. I am prepared to be imprisoned, because it’s silly to even talk about due process of law in Nazarbayev’s Kazakhstan. But any open and fair process will reveal that my case is just fabricated. Of course, I’ll do everything to prove my innocence, so that all can see the absurdity and prejudice of this case.

– Don’t you regret that you chose the way of confrontation of the authority?

– I don’t regret anything!

The interview was written down by Ivan PRIKHODKO

P.S. A committee for protection of Igor Vinyavskiy was established this week. The organisation is headed bz Lyudmyla Ekzarkhova.