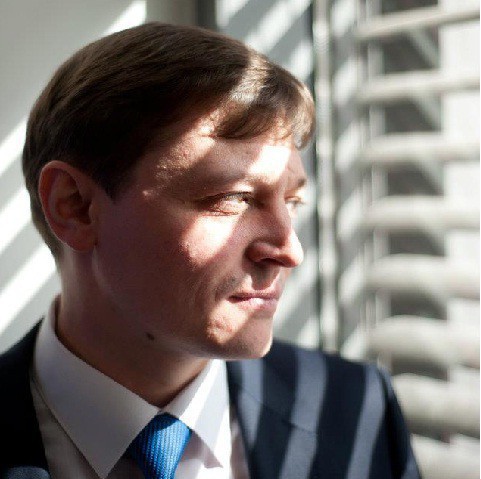 In a show of support for Igor Vinyavsky, the editor of the Kazakh independent daily Vzglyad, who has been held for more than a month, Reporters Without Borders is publishing an interview he gave on 1 July 2011 in which he condemned his newspaper’s persecution in the courts and the government’s constant efforts to restrict access to online resources.

Reporters Without Borders firmly condemns Vinyavsky’s arbitrary arrest on 25 January and calls for his immediate release.

Vinyavsky’s detention is one more example of the dramatic decline in media freedom in Kazakhstan, which was ranked 154th out of 179 countries in the latest Reporters Without Borders press freedom index.

The threats to independent journalists are growing. Several have been summoned for questioning by the National Security Committee (KNB), which harasses them constantly. Adilet journalist Jarkinbek Seirinbet received a beating in Shimkent on 25 February. US journalist Nathanael Shenkkan of Eurasianet.org was questioned at a police station in Uralsk on 27 February.

Igor Vinyavsky, editor of the Kazakh independent daily Vzglyad. Vzglyad is an independent weekly with a print-run of about 16,000 copies that covers politics, education, health and other social issues. According to its editor, Igor Vinyavsky, who has been detained since 25 January, its mission is to report the news, provide government opponents with an outlet for their opinions, cover human rights violations, defend ordinary citizens and remind them of their rights. After this interview, the Court of Cassation ordered his newspaper to pay a large fine on 8 August.

“Our newspaper is the victim of judicial persecution”

Reporters Without Borders: Vzglyad has been the target of various lawsuits this year in connection with stories it published. It has already been closed once as a result of a prosecution. Tell us what has happened this year to Vzglyad.

Igor Vinyavsky: I have had personal brushes with our country’s judicial system in the past. I have had to appear several times in court in connection with my journalistic activities. My newspaper Vesti Pavlodara [Pavlodar News] was closed in 2004 as a result of a court ruling in favour of the plaintiff, a parliamentarian. The newspaper’s assets were seized and auctioned off. The parliamentarian had the paper closed because of a critical article he regarded as defamatory.

Now it is our daily Vzglyad that is the victim of judicial persecution. That is the only term I can use to describe what is happening to us. This has shocked public opinion in Kazakhstan.

Now our newspaper is being sued by a surgeon called Keldybayev, who deceived a patient and did not carry out the operation he was supposed to perform. He put his patient’s life in danger by not telling him the truth. When the newspaper described this case, the surgeon sued us for 15 million tenge [72,000 euros] in damages. It turns out the surgeon’s brother is a judge and the court handed down a terrible ruling for us. For revealing the surgeon’s lies, the newspaper will have to pay a sum that will inevitably bankrupt it. Our last recourse is to appeal to the Court of Cassation. If the ruling is upheld, the newspaper will cease to publish. [The ruling was upheld on 8 August.]

Reporters Without Borders: What role does the judicial system play in Kazakhstan and how do you regard it?

Igor Vinyavsky: I think the Kazakh judicial system is above all a tool for harassing the regime’s opponents and independent news media. The judicial system answers to the president, who appoints judges. The judiciary automatically sides with the government. No more than 5 per cent of criminal convictions are justified. The courts take the prosecutor’s side. As a rule, the verdict handed down by a court is a copy of the prosecutor’s conclusions. The courts do not even try to be even-handed. Nowadays they are like the “troikas” [special courts] of the Stalin era. The only difference is that people are not shot. The mechanism is the same in every other respect. The defendant is quickly found guilty, without much discussion.

Reporters Without Borders: How would you describe the state of media freedom in Kazakhstan?

Igor Vinyavsky: The situation is clearly better than in Uzbekistan and Turkmenistan. Our country has at least begun a move towards democracy. But compared with eastern Europe, we are not just 20 years behind. It is more like 40. For the past 20 years they have progressed and we have gone backwards. We are now living in what is virtually a totalitarian regime. Censorship exists in the form of self-censorship. Journalists have been trained to understand what stories cannot be broadcast or published for political reasons. Journalists’ rights are very limited. Journalists are subject to constant psychological pressure and physical violence. Two weeks ago, the journalist Alexander Baranov was attacked in Pavlodar. I know him personally. He is a professional who fears nothing. He has risked his life several times for his work.

Igor Vinyavsky: I can say with certainty that the media law has been modified no fewer than seven times since 1995. It has become more complex but no amendment or addition has represented a real move towards liberalization. The procedure for launching a newspaper is just as complicated as before. Because of their lowly status, journalists cannot attend major political events without previously requesting permission. If an official or organization violates a journalist’s rights, they are never held responsible.

I can say that the law on the media does not defend the media. It imposes constraints on them.

Reporters Without Borders: Has the situation of freedom of expression changed since the last presidential election?

Igor Vinyavsky: I don’t think it has changed. It is as bad as ever, above all because of the lack of political evolution in Kazakhstan. Nothing changes from one year to the next. […]

Reporters Without Borders: What can you tell us about the Internet? Does it constitute a space where people can express themselves freely in Kazakhstan?

Igor Vinyavsky: To some extent, yes. But our government constantly tries to limit the public’s access to various online resources. Access to LiveJournal [a very popular blog platform in Russian-speaking countries] was blocked in Kazakhstan for more than a year. We are now in the second year of the political news website Respublika being blocked by the Internet service provider Kazakhtelecom.

The social network Facebook poses a serious problem for the government. According to some of our sources close to the president’s office, the authorities are currently looking at the possibility of blocking Facebook because it has become a signpost for the revolutionary movements in the Maghreb. The Nazarbayev administration seriously fears the influence of social networks on the Kazakh collective consciousness. Television is controlled by the government and just broadcasts positive comments about Nazarbayev and his regime. But on the Internet, you can find alternative viewpoints and you can express your opinion.

What’s more, it is only on the Internet that Kazakhs have access to the [independent satellite] TV station K+. This popular TV station shows what is really happening in Central Asia and Kazakhstan. It is broadcast freely by satellite in Europe but the satellite broadcasts are blocked within Kazakhstan and the station’s website has been the target of DDoS attacks. So the only possibility left is to watch it on YouTube.

Reporters Without Borders: Of late, you have been harassed by the authorities and your rights have been flouted. Can you give us some examples from your personal experience of this sort of harassment?

Igor Vinyavsky: Just over a year ago, the special services tried to falsely incriminate me in a trumped-up criminal case but, thanks to information passed to us from well-intentioned persons within the security apparatus, we managed to expose this and thereafter the provocations stopped.

Then, on 21 June, I was the victim of a new provocation. I was supposed to catch a flight in the morning for Amsterdam and then Brussels, where I was to participate in a conference organized by the European Parliament on corruption in Central Asian countries. But I was not allowed through immigration and, on the insistence of airport officials, KLM cancelled my ticket. I was told that this was because my visa, a D-category national visa, was not valid in the Schengen-area countries.

But I know that I was acting within my rights. My visa allows me to spend 90 days in any Schengen-area country. I had already gone to Brussels on the same visa without any problem. So I have decided to file a complaint against KLM and the immigration service, which is affiliated to the KNB [National Security Committee].

Reporters Without Borders: What are the prospects for your newspaper’s survival? What will you do if the lawsuit goes against you?

Igor Vinyavsky: It is hard to talk about prospects in our country, where there is no fair justice and the laws are not implemented. If all the lawsuits go against us, we will publish online and we will create an Internet project with the existing staff. Or we will publish the newspaper under another name [as the opposition newspaper Respublika did, for example]. Our staff is fantastic!