International Technical Assistance (ITA) – the resources and services which, in accordance with international treaties of Ukraine, are provided by donors on a free-of-charge and irrevocable basis with the purpose of supporting Ukraine. Ukraine attracts the ITA in the form of:

The largest donors to Ukraine have been and remain the United States and the European Union. Other donors include Canada, Germany, the Netherlands, Sweden, Switzerland, Japan, Denmark, and the United Nations organisations, the World Bank, the EBRD and the OECD.

Every year, a delelopment of the international treaty legal framework of cooperation is observed. Thus, in 2012 alone, 16 programme and project documents on technical cooperation with the EU, USA, Germany, China, Sweden, and the IBRD were signed.

In accordance with the Concept, the key priorities for economic and social development of Ukraine for 2013-2016, the implementation of which will require the attraction of international technical assistance and financial resources of MFIs, will be:

A significant increase in the activation of ITA projects was observed in 2011 ( from 48 to 80 projects), and each year, the number of such projects increased almost 2-fold.

As of 1 July, 2014,  321 ITA projects with a total contract value of more than $ 3.4 billion, are being implemented (including the ‘Ukrytiye’ [‘Shelter] fund in the amount of over  2.2 billion euros), 145 of which were launched in 2012. The figure below shows a list of organisations which provide ITA to Ukraine. 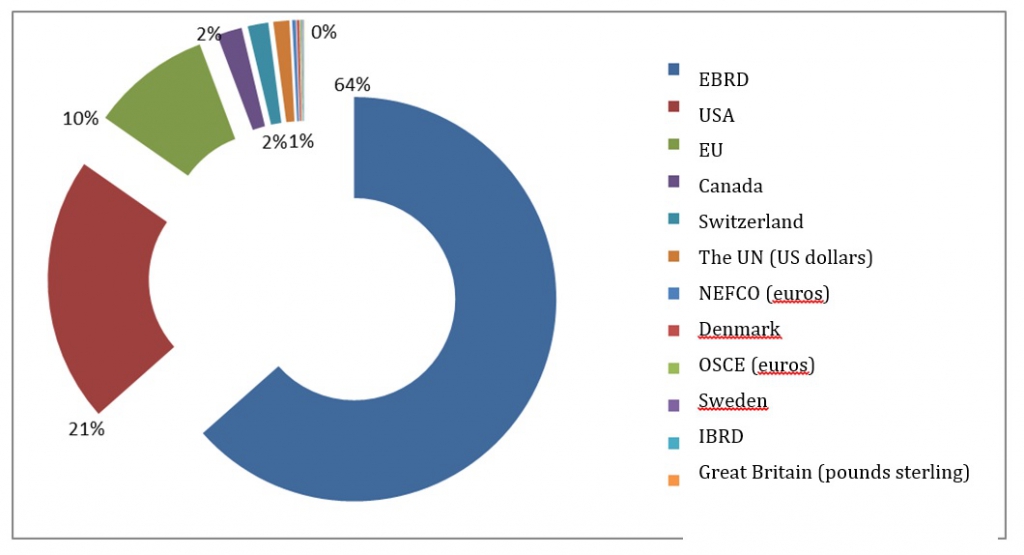