Over the 23 years of the Bank’s cooperation, Ukraine was offered resources in the amount of over 7.94 billion US dollars (of which more than $5.5 billion has already been used).

In recent years of the cooperation with the World Bank, a number of positive developments have been successfully implemented, namely:

In collaboration with the Bank, improvement of the structure and quality of the portfolio of the World Bank in Ukraine has been successfully implemented, which has resulted in the positive dynamics of disbursement of funds within the projects, as in the fiscal year 2014, the disbursement rate reached 24.4% (as of March, 2014).

It should also be noted that given the position of the Ukrainian side,  the Country Partnership Strategy of the World Bank and Ukraine for the fiscal years 2012-2016 has been prepared and approved by the Board of Directors of the World Bank.

The strategy provides for the investment financing in the following areas:

3. utility services and their management

In 2014, the portfolio of the World Bank in Ukraine consists of 12 investment projects, including the amount of loans of approx. $3.24 billion.

The structure of the project portfolio of the World Bank, 2014 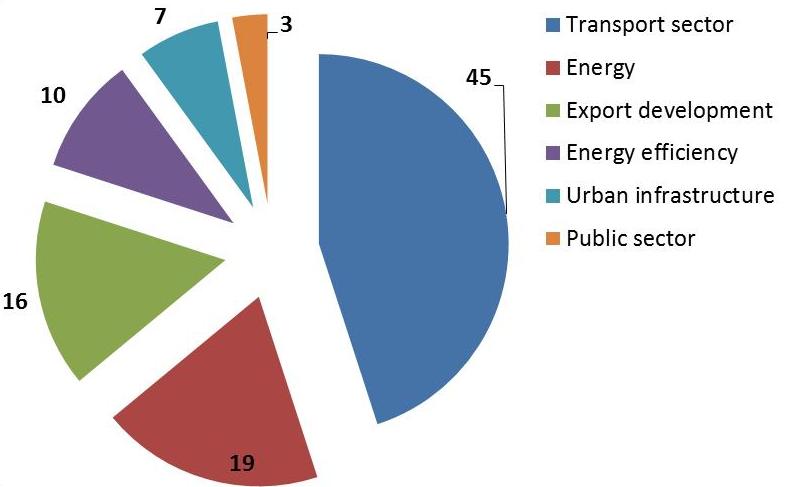 At the stage of implementation are 10 investment projects with an overall total value  of approx. $1,91 billion,  namely:

4. ‘The project of modernisation of public finances’, loan amount – $50 million;

5.‘The development of urban infrastructure in Ukraine’, loan amount – $140 million;

10. ‘Modernisation of social support system for the population of Ukraine’, loan amount – $300 million.

At the stage of preparation are 2 investment projects with an overall total value  of approx. $682 million, namely:

2. ‘The project to reform the regional health systems of Ukraine’, loan amount – $300 million.

Prospects of cooperation with Ukraine

In the years 2014–2015, it is planned to commence the preparation of new projects in the sphere of energy, transport infrastructure and public sector, namely: 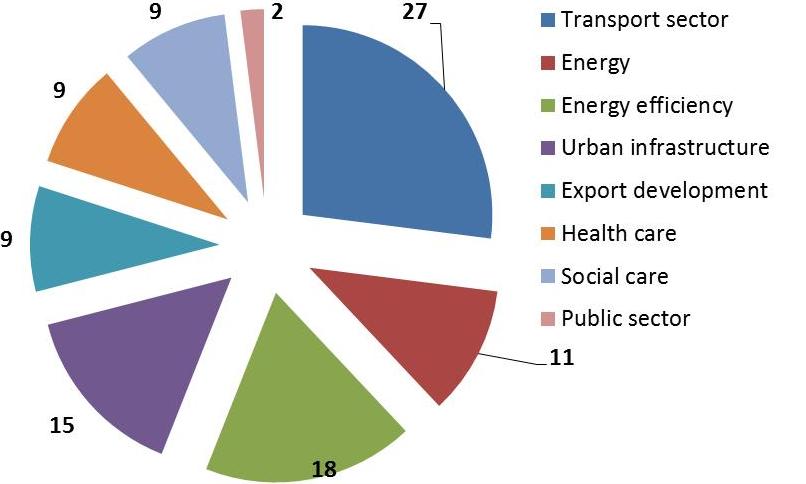