Search
The Open Dialogue FoundationPublicationsЕuropean Bank for Reconstruction and Development: cooperation with Ukraine

Over the 22-year cooperation, the portfolio of the European Bank for Reconstruction and Development (EBRD) in Ukraine constituted 321 projects, for the implementation of which the Bank has allocated 8.7 billion euros. Today, the share of resources in EBRD projects in the public sector Is 42%, while the remaining part is in the private sector. 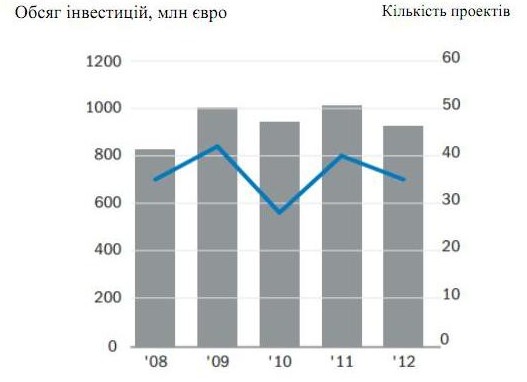 A key tool for organising cooperation between Ukraine and the European Bank for Reconstruction and Development is the strategy for the EBRD activities in Ukraine for the years 2011-2014, approved by the Board of Directors on 12/13 April, 2011.

According to the Strategy, the main directions of the activities of the EBRD in Ukraine are: development of the energy sector, the corporate sector, infrastructure, financial system and the capital market.

During the period of its implementation, a number of positive changes have been introduced, in particular:

In 2014, the project portfolio of the EBRD in Ukraine in the public sector consists of 12 projects worth around 2.14 billion euros.

The structure of the project portfolio of the EBRD in 2014 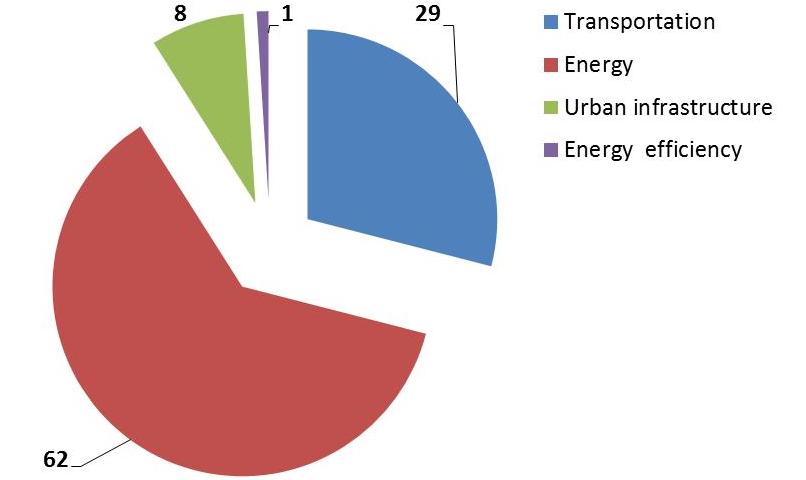 Currently, 9 investment projects worth 1.86 billion euros are at the stage of implementation, with regard to 8 projects, agreements have already entered into force, and 1 project is at the stage of entering into force.

The EBRD projects, for which the agreements have entered into force, include the following:

1. The project ‘Introduction of high-speed passenger trains on the railways of Ukraine’ (EBRD – 85 million euros).

The EBRD projects for which agreements are in the process of entering into force, include the following:

1. The project ‘Implementation of the consolidated programme designed to improve the safety of Ukrainian nuclear power plants’ (EBRD (jointly with EURATOM) – 600 million euros).

At the stage of preparation are 3 investment projects worth 284.2 million euros:

Prospects of cooperation between the EBRD and Ukraine

Between 2014-2015, it is planned to begin preparation of new joint projects which will promote the development of energy and transport infrastructure.

1. The project ‘Construction of the Kanevskaya hydroelectric power plant’ (approximately 200 million euros from the EBRD and the same amount from the EIB).

2. ‘The project of expansion of the Kakhovskaya hydroelectric power plant – phase 2’ (150 million euros from EBRD and the same amount from EIB).

3. ‘The project regarding the modernisation of gas fields’ (EBRD – 100 million euros).

4. The project ‘Implementation of security measures in the M01-M05 corridor’ (EBRD – 150 million euros, co-financing by EIB is expected).