The Polish Radio station reported on more tensions in Ukraine – fights are continuously ongoing in the self-proclaimed republics. The situation was commented upon by the Foundation’s spokesman, Tomasz Czuwara. ‘We deal with a situation whereby, once peace is announced, it does not, in fact, follow. Separatists supported very strongly by Russia entrench themselves in their positions, are rearmed and prepare for another breakthrough. The question is: how long we will allow Ukraine to be cut off slice by slice,’ Czuwara asked. 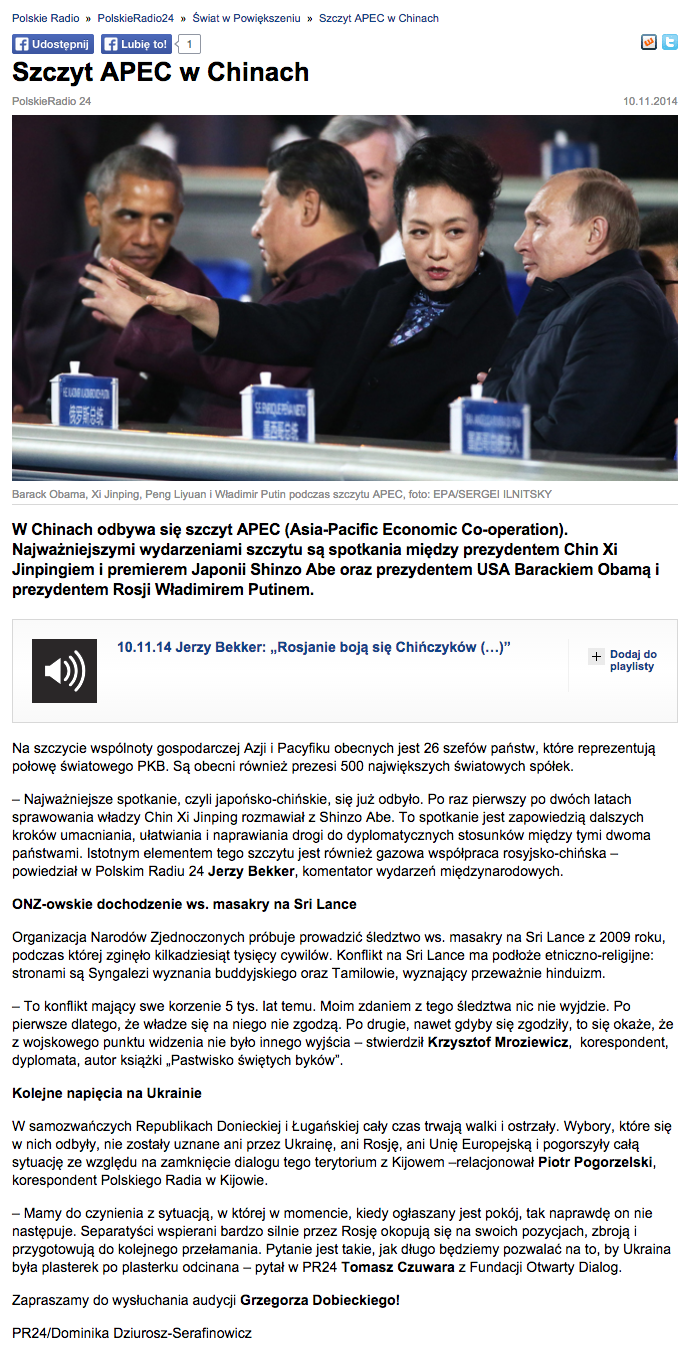