The concert “Shake hands with Ukraine”, to be held on 9th December in Warsaw’s Stodoła club is a concert of solidarity and support for Ukraine’s fight for independence and integrity.

Two top bands will perform at the concert: ENEJ, and the top Ukrainian band DZIDZIO. Their performance on stage in the Stodoła club will be preceded by Karol Kus alongside the TARAKA band, who will sing the song of the Kiev Maidan “Shake hands with Ukraine”. The whole event will be compered by the journalist Bianka Zalewska known for her commitment to Ukrainian matters. 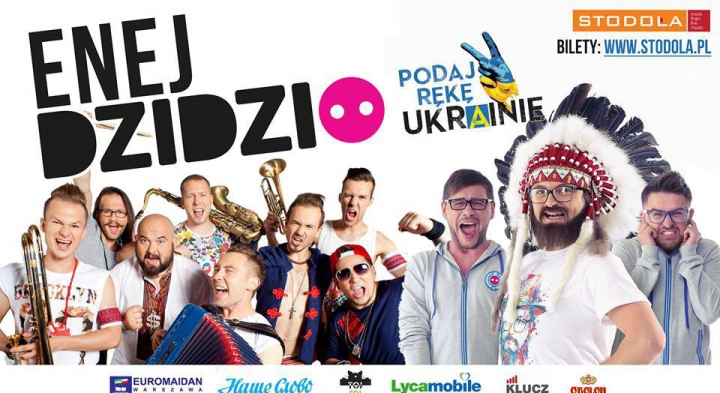