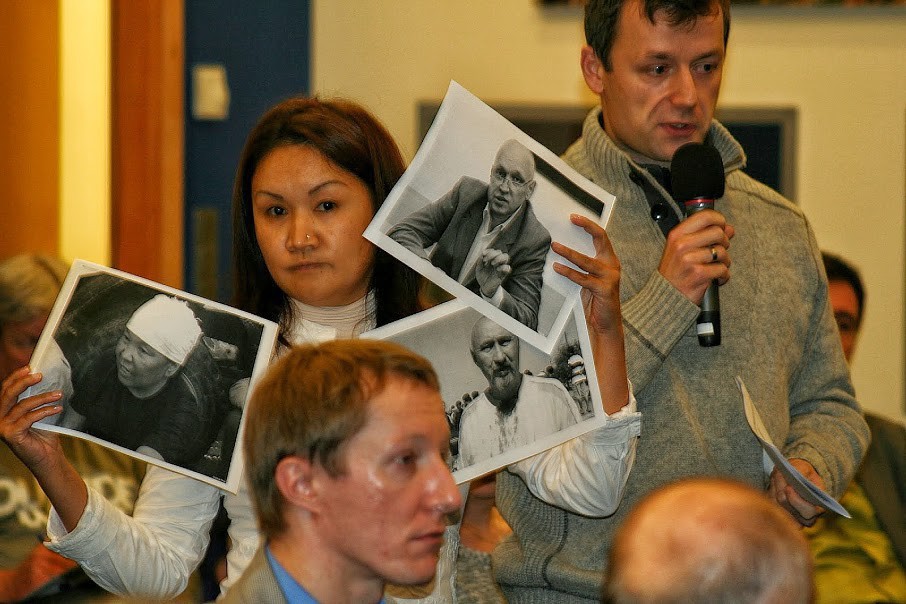 Marcinkiewicz explains his participation in a business mission to Kazakhstan

Nazarbayev’s recent speech and the Polish business mission to Kazakhstan were discussed at the conference on Monday “Nurly Zol – Path to the Future” by Kazakhstan’s Ambassador to Poland, Jerik Utembayev. Representatives of the Open Dialog Foundation were also present at the Polish Press Agency, PAP.

The speakers, taking part upon an invitation from Kazakhstan’s Ambassador, included the former Prime Minister Kazimierz Marcinkiewicz, the former Minister of Infrastructure and Deputy Prime Minister Marek Pol, and the publisher Adam Marszałek. The event was organised following the recently completed Polish business mission to Kazakhstan, joined by the aforementioned politicians, and Nazarbayev’s propaganda-style speech made on 11th November in which he portrayed Kazakhstan as a fully harmonious oasis of stability.

After the opening of the discussion and the addressing of the invitees, the floor was taken by ODF representatives present in the room. Jędrzej Czerep added information about the costs of attaining the declared stability to the news from the President’s speech and the accounts of the mission members – torture, the persecution of political opponents and the banning of independent media were cited. We also provided Kazimierz Marcinkiewicz and Marek Pol with a report on torture in Kazakhstan, requesting a reflection, at the same time, on whether leading Polish politicians should support propaganda actions resembling those of the times of the People’s Republic of Poland. In reply, the former Prime Minister emphasised that he was not a politician anymore and did not take up political subjects, and that all his activities undertaken in Kazakhstan in support of business were carried out on a voluntary basis. Comparing Kazakhstan to Poland, he stated that he himself had been involved in the opposition movement; nonetheless, he didn’t mind that the West was doing business with Poland at the time.

The discussion was also joined by Igor Vinyavskiy, editor-in-chief of the opposition newspaper “Vzglyad”, closed down by the Kazakh authorities, now residing in Poland. Vinyavskiy referred to the cooperation between local governments under discussion, asking the Ambassador which Polish solutions had been adopted by Kazakhstan, if governors, for example couldn’t be elected there.

Adam Marszałek talked, in turn, about academic cooperation with schools of higher education from Kazakhstan. At this point, we asked whether Polish academics worked with their colleagues from Kazakhstan on developing an immortality elixir for Nazarbayev. Regrettably, no one knew the answer.