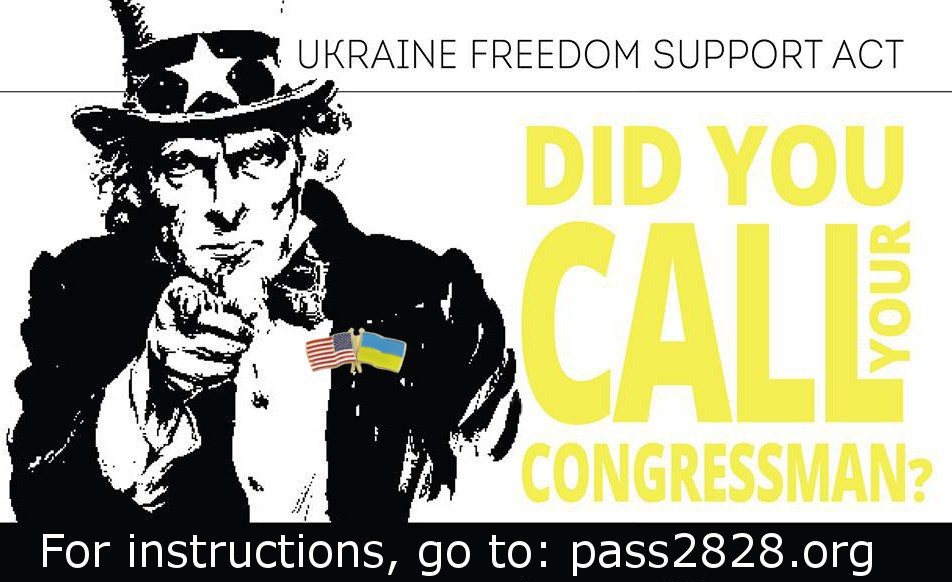 Call your congressman to help Ukraine!

The Open Dialog Foundation joins the call of the Ukrainian community in the United States, directed at the US Congress to adopt the so-called Ukraine Freedom Support Act of 2014 (S.2828), which provides for greater support and military assistance to Ukraine, in their struggle to regain control over the occupied territories and to push back the Russian aggression.

The Open Dialog Foundation is convinced that Ukraine should receive all possible support from its international allies. That is why we now appeal to our friends and representatives of the Polish community in the United States to get active, as well, call their congressman and ask for their support to the Ukraine Freedom Support Act of 2014!

Increased support from the United States to Ukraine is important not just for Ukraine but for Poland and the whole Europe, as well. The crisis in Ukraine has been developing for months with continuous proofs of the Russian involvement in inciting the aggression in the East of the country, physically invading and illegally annexing Ukrainian territories, as well as breaking of a number of international agreements and obligations that Russia is a signatory to. 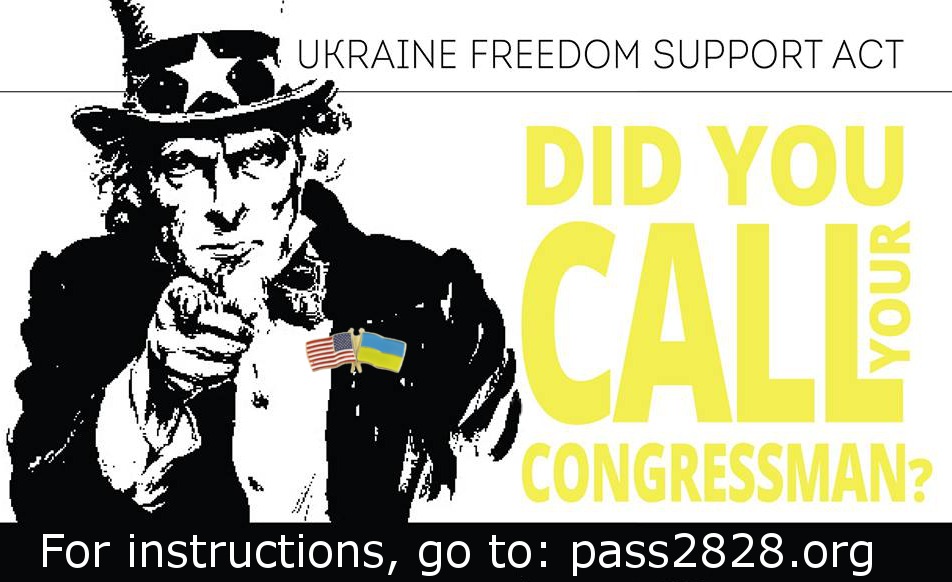 A unified response from Ukraine‘s main allies is the only way to ensure security in Europe, because what’s at stake is the future of us all.

In order for the bill to be sent to the President of the United States of America for signature and for it to be enacted, it has to first be passed in the identical version by both houses of the US Congress (the Senate and the House of Representatives).

As indicated by the authors of the general mobilization campaign, on November 24, 2014 during the House of Representatives’ Foreign Affairs Committee staff meeting, the committee declared that is aiming at passing the equivalent of the Senate’s S.2828 bill by the end of this year.  This is good news. More mobilization is needed but the first results are already visible.

Earlier, on September 18, 2014 the Foreign Relations Committee of the US Senate passed the document unanimously (18 votes to 0). It is very probable that the whole Senate will support the document, as well.

The bill imposes large-scale sanctions on the Russian Federation for their direct and indirect involvement in destabilizing the situation in Ukraine, as well as advancing in its aggression against an independent state. It also provides the president of the United States with a clear authorization for increased military assistance to Ukraine, which would help them counteract the aggression of the Russian Federation.

The President is authorized to provide defense articles, defense services, and training to the Government of Ukraine for the purpose of countering offensive weapons and reestablishing the sovereignty and territorial integrity of Ukraine, including anti-tank and anti-armor weapons, crew weapons and ammunition, counter-artillery radars to identify and target artillery batteries, fire control, range finder, and optical and guidance and control equipment, tactical troop-operated surveillance drones, and secure command and communications equipment, pursuant to the provisions of the Arms Export Control Act (22 U.S.C. 2751 et seq.), the Foreign Assistance Act of 1961 (22 U.S.C. 2151 et seq.), and other relevant provisions of law.

The Open Dialog Foundation has been actively supporting the Ukrainian society in the struggle for freedom and more democracy. We have been monitoring the developments of the situation on the ground during the Maidan protests, denouncing numerous violations and calling for help of our European and international friends.

We are now equally dedicated to providing help in the East of Ukraine and working closely with the local civil and political society to share our know-how and experience and provide support in developing the needed reforms.