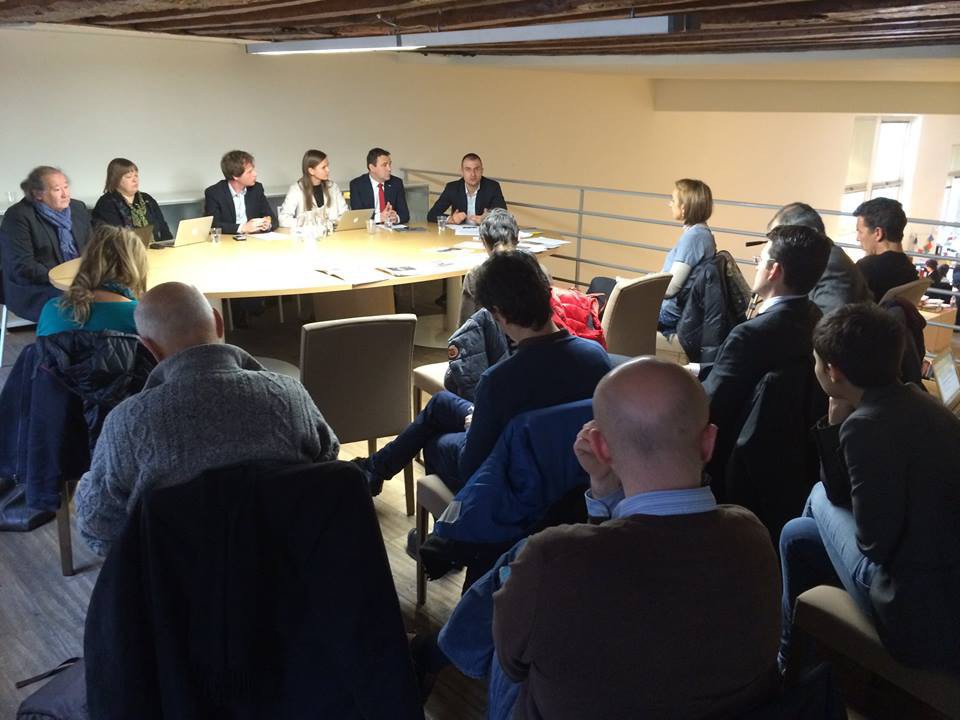 Conference on human rights violations and political repression in Kazakhstan

On Tuesday 2 December, 2014 in Paris, was held a press conference on human rights violations and political repression in Kazakhstan. The event organized by the Open Dialog Foundation and Reporters Without Borders was held in reference to the starting 3-day visit of French President François Hollande in that country (4-6 December, 2014).

In a time of the economic crisis in Europe, an average growth of 6% per year, which has been noted by the first Central Asian economy, is only a dream.

However, since the tragic events of Zhanaozen in December 2011, during which the police opened a fire against a demonstration by oil workers, killing at least 17 of them and leaving dozens injured, repression against a civil society, an independent media and opposition movements, has continued to intensify.

In 2014 Kazakhstan has been classified as the 161st out of 180 countries in the world ranking of press freedom by Reporters Without Borders. Since the closure of the main national opposition media in December 2012, each new independent initiative becomes prohibited in a few months under false charges.

Repression against political opponents of the regime of president Nursultan Nazarbayev are present even beyond borders of the country, like in the case of Mukhtar Ablyazov, as well as his former colleagues and relatives who live in Europe, and France. Mukhtar Ablyazov is currently detained in Lyon, waiting for a possible extradition to Russia or Ukraine. Numerous non-governmental organizations have been calling to French authorities not to proceed with his extradition due to the high risk of torture or removal to Kazakhstan.

According to the Open Dialog Foundation, President of France should take the opportunity of the state visit to Kazakhstan, and send a clear message to Kazakh authorities on reforms in the field of human rights.

At a press conference were present:
– Lyudmyla Kozlovska, President of the Open Dialog Foundation.
– Johann Bihr, Reporters Without Borders, Bureau of Eastern Europe and Central Asia.
– Bolat Atabayev, Kazakh opposition activist and theater director, arrested after protests of Zhanaozen, 2011, was released under the pressure of international public opinion. He currently lives in Germany.
– Irina Petrushova, founder and editor of the weekly Respublika.
– Tomasz Makowski, member of the Polish parliament and participant of observation missions of Kazakh dissidents’ trials, including Vladimir Kozlov.

More on this topic:
Kazakhstan , Reporters Without Borders , Open Dialogue