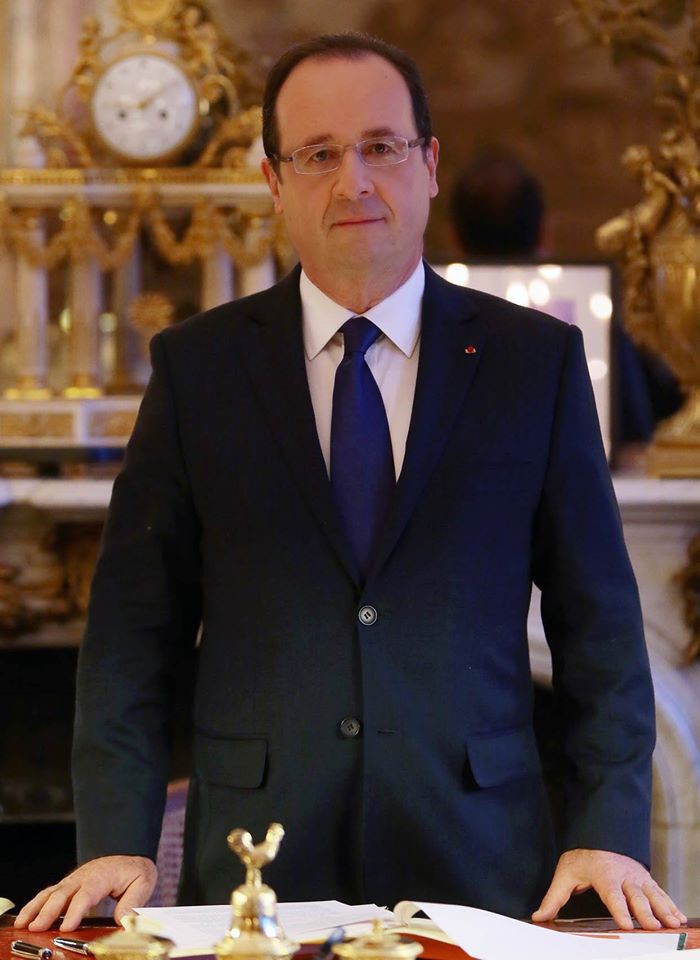 On 5-6 December, 2014, you will visit the Republic of Kazakhstan, where you will hold meetings with Nursultan Nazarbayev.

We understand that the national interests of the French Republic and the political interests of the European Union compel you to communicate with government leaders, even if they are authoritarian rulers or out-and-out dictators.

Nursultan Nazarbayev is the kind of dictator who has been ruling this country for 25 years, since 1989. We do not know whether you are aware that on 1 December, the Republic of Kazakhstan celebrates a national holiday ‘The day of the first president’. But you must be aware of the fact that your Kazakh counterpart, according to the Constitution of the country, has the status of ‘Leader of the Nation’, and may be re-elected for the post of president an unlimited number of times.

The national interests of the French Republic compel you to maintain appropriatetrade and political relations with the authorities of Kazakhstan. We understand that,under the circumstances of an acute foreign policy conflict between Russia and the West, the role of Kazakhstan is increasing, as Western states rely on the mediation of Nursultan Nazarbayev in the settlement of the conflict around and within Ukraine.

But we must disappoint you – these hopes are completely groundless. Nursultan Nazarbayev is fearfulof losing his power, and will therefore hold on to his positionuntil his very last breath. This means, in fact, that he will act in favour,and in the interests of, the political force which he fears the most. And he is most afraid of Russia and Vladimir Putin.

We have no doubt that one of the topics raised during your talks with Nursultan Nazarbayev will be the issue of Mukhtar Ablyazov. Currently, he is in a French prison, and his extradition is being demanded both by Russia and Ukraine. The reason behind the desires ofthese two warring states to bring about the same end, is simple – behind the back of the public bodies of Russia and Ukraine, stand Kazakhstan and Nazarbayev.

Mukhtar Ablyazov came to politics from big business as he realised that without changes in the political system of Kazakhstan,it would be impossible for the country to achieve further development and improve of the quality and level of the republic’s economy and people’s living standards. For this reason, in 2001, he initiated the establishment of the civil movement ‘Democratic Choice of Kazakhstan’ and headed it, having become, along with Galymzhan Zhakiyanov, its co-chairman.

It was because of this activity, and not because of embezzlement and abuse of office, that he was arrested in 2002 and sentenced to six years’ imprisonment. Due to a widespread campaign in Kazakhstan and abroad, in which the European Parliament and diplomatic departments of a number of Western countries played an important role, he was released in the spring of 2003.

After his release, Mukhtar Ablyazov became engaged in business; still, he has not abandonned his political activity. Being a steadfast and principled advocate of the democratic and European path of development for the Republic of Kazakhstan, he was not only able to transform ‘BTA Bank’ into the largest private bank in the CIS, but also continued to strongly support the non-governmental sector and the Democratic Party. As people who were in touch with him and collaborated with him in those years, we are in a position to confirm this publicly.

Now Mukhtar Ablyazov is accused of having robbed his own bank. We oppose such accusations, as we know exactly how these events actually developed and we know the motivation behind them. It was his political activity that promptedthe seizure of ‘BTA Bank’ by the state. Therefore, we oppose the decision of the French court regarding his extradition to Russia and Ukraine.

Nursultan Nazarbayev’s time is coming to an end, and soon the Republic of Kazakhstan will once again face the question: Which path is right? It is people like Mukhtar Ablyazov who are able to lead the country in the direction of democracy and civilisation.

What is the point ofthe French Republic in helping Nazarbayev, who will stop at nothing to get his hands on his political opponent?

What is the point in helping Kazakhstan for the French Republic, which today is a true and permanent ally of Russia?

Is it appropriate for you as the head of the French Republic to grant the request of President Nursultan Nazarbayev, who fears Vladimir Putin much more than you and other heads of the Western states?

We understand the burden of responsibility for the country and its future, which lies with you. But we request that you take into consideration the fact that today you, apparently, have the future of the Republic of Kazakhstan in your hands.

The country cannot move forward if it does not have leaders. We hope that the fact that Nursultan Nazarbayev will talk with you regarding the fate of Mukhtar Ablyazov, and insist on his extradition,  will serve asproof that Ablyazov is one of those leaders.

We hope that the words ‘Freedom. Equality. Brotherhood’ are not empty words for you.

Muratbek Ketebayev,
President of ‘Civic Engagement’. Along with Vladimir Kozlov and Mukhtar Ablyazov, he was accused by the Kazakh authorities of organising the tragic events in Zhanaozen on 16 December, 2011. In December 2013, he was granted asylum in Poland.

Bakhytzhan Toregozhina,
President of the civil foundation ‘Ar.Rukh.Khak’. Chairman of the Committee in support of political prisoners.

Irina Petrushova,
journalist and editor-in-chief of the ‘Respublika’ media group. The Kazakh newspaper ‘Golos Respubliki’ [‘Voice of the Republic’], part of the media group was banned by the authorities in 2012 for so-called ‘extremism’, namely for their coverage of the events connected with the labour strike, including the shooting of residents of Zhanaozen in December 2011.

Igor Vinyavskiy,
journalist, editor of the banned independent newspaper ‘Vzglyad’ [‘The Viewpoint’]. He was accused of calling to overthrow the regime. He spent more than a month in custody, was released due to the intervention of European politicians in March 2012 and was subsequently granted asylum in Poland.