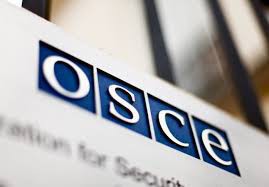 The two talked about Tuletayeva’s current situation, the terms of her release and her plans for the future. Following the conversation, Santos met with Ambassador Kairat Sarybay, the Permanent Representative of Kazakhstan to the International Organizations in Vienna, on the sidelines of the OSCE Ministerial Council in Basel.

“I wholeheartedly welcome the release of Roza Tuletayeva. I also encourage Kazakhstan’s authorities to take similar steps in the near future for all those imprisoned in politically motivated cases. The Kazakhstani government should demonstrate its commitment to OSCE principles and engage in further reform and concrete steps in the spheres of human rights and rule of law,” Santos added.

In her meeting with Ambassador Sarybay, Santos raised several cases, including those of Vladimir Kozlov, Zinaida Mukhortova, Aron Atabek and Vadim Kuramshin, and requested detailed information regarding their status. She took note of Ambassador Sarybay’s information about Kazakhstani efforts to reform the judicial and penitentiary systems, as well as about the country’s National Preventive Mechanism against torture and increased efforts at dialogue with civil society.

Santos also expressed her strong hope that the OSCE Centre in Astana would be able to continue its work under its current mandate.

The OSCE PA’s human rights chair traveled to Kazakhstan in June, where she met with senior government and parliamentary officials and representatives of the OSCE Centre in Astana in conjunction with a visit to Vladimir Kozlov at a penal colony outside Almaty.