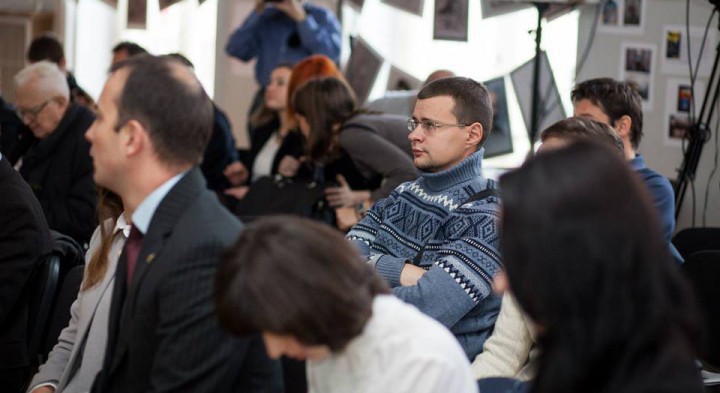 ‘MyZWami’ Press Conference – Summary of the support for Ukraine

The key event in the Warsaw celebration of the anniversary of protests at Maidan was a press conference ‪#‎MyZWami, during which we summed up the efforts made to support Ukraine, organised through the Open Dialog Foundation (ODF) and Euromajdan Warsaw over the last year.

Guests who gathered at Ukrainian World were welcomed by the ODF Spokesman,  Tomasz Czuwara. Then, Bartosz Kramek and Natalia Panchenko summed up the activities in support of Ukraine, carried out over the last 12 months.

The funds collected were used to support civilians, refugees, and Ukrainian soldiers. A total of 1,092 items of life-saving equipment were transferred to servicemen, including 375 bullet-proof vests, 183 helmets, 238 items of Celox haemostatic agent, as well as 4 thermal imagers. For civilians, we  managed to collect 15,500 items of medicines. We also sent 12 shipments of aid and donated a fully equipped ambulance. Assistance was also provided in Poland. We transferred to Poland 23 family members of those injured, and in Warsaw alone, we extended our aid to 188 people. In the Ukraine support centre, operating at the Foundation, we have also provided psychological counseling for 500 people.

In addition, we supported the organisation of elections in the Ukrainian Embassy in Warsaw, we organised 15 concerts in Poland and Ukraine and 18 conferences, debates and meetings relating to Ukraine. Furthermore, we repeatedly protested against Russian aggression and expressed our solidarity with the Ukrainian people through 30 demonstrations, protest actions, marches and rallies.

Our activities were discussed in12 countries, and the total numberof times the ODF featured in coverage related to the Ukraine crisis was 2,633. Our Facebook page, where information is published daily, recorded a huge increase in reach- our number of friends on the social network sitehas increased by approx. 1800%.

In the last 12 months, there have been many more actions. We organised monitoring missions, we opened an ODF office in Kiev, we supported the constitutional reform in Ukraine, we monitored human rights violations, and we published reports and studies on the situation in Ukraine.