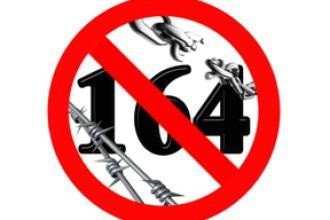 The ‘liberation’ of Sokolova is merely a PR ploy of the Akorda!

The so-called ‘liberation’ of Natalia Sokolova is a forced PR action of the official Kazakh authorities and President Nursultan Nazarbaev in an attempt to mollify the general outrage over the shooting of civilians in the Mangistau Province on the 16th-18th of  December, 2011, as well as the arbitrariness of the police and oppression in Zhanaozen following the tragedy.

This forced action of the authorities is a response to the constant demands of the democratic community of the West to revise the criminal case against N. Sokolova, in order to acquit the innocent woman of the charges brought against her. The case of the Zhanaozen people attracted international attention, not wanted by Akorda. The leader of the nation was forced to recognise the legitimacy of the demands.

But instead of fully acquitting the lawyer who defended the interests of the citizens of the RK, oil and gas industry workers, in their labour dispute with foreign employers, Nursultan Nazarbaev and his subordinates changed Natalia Sokolova’s punishment of six years’ imprisonment to three years’ incarceration as a suspended sentence with 2 years’ probation; she is also forbidden to engage in social activities for 3 years.

It means that, in fact, the Kazakh authorities have isolated her from normal life for the same six-year term, but only to be spent at home. At the same time, Natalia Sokolova, will remain under police surveillance, and if supervisory authorities suddenly decide that she is behaving inappropriately, she will return to prison or will receive an alternative punishment.

Since the three-year ban on engaging in social activities is of a broad nature, and hence, she can be formally punished for joining the ‘Nur Otan’ party, for advising her neighbour on issues of social protection, or for membership in an animal protection association, we consider the decision of the Supreme Court of the Republic of Kazakhstan as yet another manifestation of judicial arbitrariness and unscrupulousness.

All that is mentioned above, coupled with the fact that only three days passed between the decision to change the original court sentence of Natalia Sokolova on the 6th of March, to her liberation on the 8th of March, 2012, whereas it took as many as 15 days to release Zhovtis, who was liberated under amnesty in similar circumstances, indicates that that the judicial system in Kazakhstan is under the control of President Nursultan Nazarbaev and his administration.

And accordingly, the ‘liberation’ of Natalia Sokolova is not a sign of objectivity and fairness on the part of the official authorities of Kazakhstan and President Nursultan Nazarbaev, or their recognition of the previously committed error; rather, it is the next step of Akorda, indicating that it cannot go on maintaining stability in the society without breaching the law and practising arbitrariness.