He had been waiting for an official decision concerning his refugee status for a year. A few days ago he discovered that he could not rely on the Polish authorities for help. ‘This decision for the oppositionist from Kazakhstan, Sa­li­m Sha­la­bayev, is like a death sentence,’ warns Lyudmyla Kozlovska of the Open Dialog Foundation. 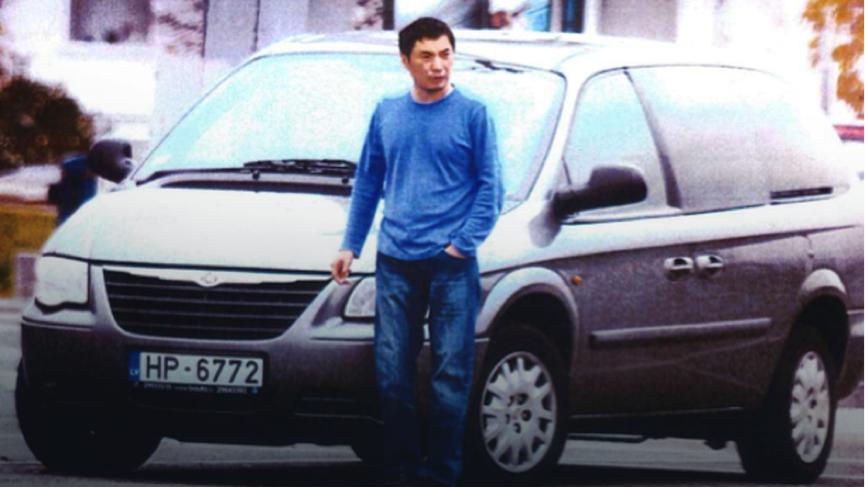 Salim Sha­la­bayev had to flee Kazakhstan together with his whole family more than 10 years ago because he had been supporting financially, the opposition party Kazakhstan’s Democratic Choice led by his brother-in-law Mukh­tar Ablya­zov.

‘The authorities in Kazakhstan do not spread themselves too thin when persecuting their opponents,’ says Mark Fey­gin, the Shalabayev lawyer. ‘If anyone falls into President Nazarbayev’s disfavour, the whole family suffer a penalty, a cruel penalty. This is for a very simple reason – panic fear of revenge.’

Fleeing from the Kazakh regime, Shalabayev first escaped to Moscow. Death threats were made there against his brother-in-law so the whole family made a decision to move to London. But even in England, the Kazakh services kept an eye on them. Ultimately, that was confidentially confirmed by … London’s Metropolitan Police.

Followed wherever he went

‘They simply came to our house and announced that we were being followed and tapped, we were all threatened with death, but they were unable to provide us with any security’. ‘We had to split; we were too easy a target. I left for Latvia’ Salim Sha­la­bayev recalls.

The situation did not get any better. While in Latvia, Salim found, under his car, two small devices which looked like parts of a bomb. ‘I immediately called the police, bomb disposal experts came. These proved to be navigation and tapping devices.’  Salim Sha­la­bayev has been living in Poland for a year now but contacting him borders on a miracle. He is scared. ‘I did realise that every step I took was followed, but that was the straw that broke the camel’s back. I had to move again, to Switzerland this time.’

It was not getting any quieter in Geneva, though. They were tailing him, following his every step, and he still keeps evidence of that in a drawer. Photographs of when he ate, walked, played with children, are received by Mukhtar Ablyazov from the Kazakh special services. They have to show him that they control the situation, and that all of his family are in their hands. To make matters worse, the police came to Sa­li­m’s house every day. They check his documents and ask about his sister Alma Sha­la­bayeva’s place of stay of.

“If I go back to my home country, it will be to face death.”

When his Swiss visa was about to expire, he remembered his Polish employee visa. ‘It was only in Warsaw that I felt secure. Not even once did I notice suspicious people around me or a tail following my car. I filed an application for refugee status, and received a negative decision a few days ago. I do not understand why, this is not a matter of me not wishing to return to my home country, to my family, I simply cannot do it. If I return there, it is only to face death,’ he says.

The reason for such a decision is the fact that Salim’s sister, Alma, was awarded refugee status in Italy. According to Polish officials, this puts an end to the matter. ‘An applicant may file another application with the Refugee Council. If the decision is still negative, a complaint may be filed with Courts of 1st and 2nd instance’ says Pie­cho­ta, spokesperson for the Foreigners’ Office. This is the only commentary on the matter that can be obtained.

However, processing the matter in offices and courts may take years, and Salim does not have the time. Especially given that presidential elections in Kazakhstan are approaching, and his brother-in-law – Mukhtar Ablya­zov – has already been detained in France where he is awaiting extradition.

Earlier, Ablya­zov was sentenced to six years in prison for fraud. The sentence was condemned by human rights organisations. A year later, under the pressure of international public opinion, after cruel torture in prison, he was released. A lot was said about Alma Sha­la­baye­va when she was arrested in Rome, charged with using falsified documents. The information was communicated to In­ter­po­l by Na­zar­bayev’s government.

Together with her six-year old daughter, the dissident was deported, following an extraordinary procedure, to Kazakhstan, which ended in an international scandal. Interventions were made then by, amongst others, the European Parliament, Amne­sty In­ter­na­tio­nal and the UN. Ultimately, Sha­la­bayeva was released and Italy awarded her refugee status.