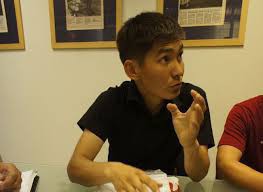 Owing to his serious health condition, a man convicted in the Zhanaozen case, Maksat Dosmagambetov, has been transferred from prison to house arrest. He stated that he wasn’taware of his exact diagnosis, as his medical records are stored in the police department. Dosmagambetov’s health deteriorated rapidly after he was subjected to severe torture during the investigation in the Zhanaozen case. In prison, a tumour developed on his face. Previously, Maksat Dosmagambetov’s family members did not wish to contact journalists and human rights defenders, therefore, the international community could not keep the situation under control and prevent the serious deterioration of the health of the political prisoner.

Maksat Dosmagambetov was transferred from prison to the Almaty cancer hospital where on 2 July, 2014 he underwent surgery to remove the tumour from his face. Mr. Dosmagambetov reported to the Foundation that following the operation he is feeling better. For a long time, Kazakh authorities have kept the information about the prisoner’s health condition secret. He is now staying with his relatives in Aktau, where he is under house arrest, and can leave the apartment only for visits to the doctor and to meet with law enforcement agencies. According to human rights activist Galym Ageleuov, Dosmagambetov may be suffering from the third stage of the cancer. He is 32 years old and has 3 dependent children.

Maksat Dosmagambetov was one of the leaders of the oil worker’s strike in Zhanaozen in 2011 and one of those who represented the interests of the strikers in the negotiations with the authorities. In June 2011, at a press conference in Moscow, Dosmagambetov spoke about the problems of oil workers. Due to his participation in the strike, he was dismissed from the ‘OzenMunaiGaz’ company. On 20 December, 2011, Dosmagambetov was arrested and on 4 June, 2012, a Kazakh court sentenced him to six years in prison, having deemed him guilty of ‘organising mass disorder’. All appellate instances of Kazakhstan’s court refused to reduce or revise the sentence.

Among the convicted oil workers, Maksat Dosmagambetov and Rosa Tuletayeva were the ones who received the longest prison sentences (6 and 7 years, respectively). The reason for this could be their principled stand in defending their rights and their refusal to give false testimony even under torture. It was Maksat Dosmagambetov who first dared tell the court about torture by the police. A forensic examination confirmed the presence of injuries on Dosmagambetov’s body (severe bruises, bruised face, broken ribs). At trial, he stated: “When we arrived in the detention centre, we were beaten, mocked, but representatives of law enforcement agencies to whom we complained, took no action (…) on 20 December, I was interrogated, investigators threatened me, squeezed my ears with a stapler and constantly beat me”.The prosecutor’s office and the court ignored this testimony, although Dosmagambetov named those who beat him: “I was beaten by Zhandarbekov and deputy chief of the Main Department of Internal Affairs in Zhanaozen, Abdrasul Uteshev, and also Kamanbay Auezov“.

Following Dosmagambetov’s statement, another 21 oilmen reported that they had been tortured. However, the courts have ignored the incidents of torture and sentenced oil workers to prison terms on the basis of information obtained through the use of torture. Maksat Dosmagambetov was convicted on the basis of the testimony of the oil worker Tanatar Kaliyev. Subsequently, on 11 April, 2012, Kaliyev recanted the testimony obtained from him by the police with the use of battery: “Interrogations were carried out under intense physical and psychological pressure: I was beaten about the head with a stool, threatened that they would ‘cause problems’ for my eldest son. When they began to interrogate me, I tried to tell the truth: that none of the defendants had any involvement in the revolt… I was captured on the street and brought in for questioning. I literally stood there covered in blood – the entire floor was covered in blood. I was being interrogated for days, they did not allow me to sleep. There was no lawyer there”.

On 19 November, 2014, Roza Tuletayeva, a colleague of Maksat Dosmagambetov, was released early from prison. This was made possible due to a long campaign in support of her by local and international human rights organisations, as well as sharp criticism of the Kazakh authorities by the European Parliament, the UN and the OSCE. Tuletayeva’s relatives kept human rights defenders and journalists informed about the inadequate medical treatment and conditions of detention in prison, and so the authorities were forced to ensure that the legal rights of the political prisoner are observed.

However, the relatives of Maksat Dosmagambetov never expressed a wish to establish close contact with human rights activists and journalists. Previously, there were cases when the wife of Dosmagambetov demanded from journalists that all publications regarding her husband be deleted. Representatives of the Open Dialog Foundation have not managed to contact the convict’s wife, and their attempts to phone Maksat’s mother have also failed. The reason for this could be the pressure exerted on the family by the authorities and fear of increased reprisals against Dosmagambetov in prison. However, it is political pressure from the international community and the desire to preserve the image of the Kazakh authorities which force the latter to make minor concessions in the affairs of political prisoners. If the situation had been under the permanent control of human rights defenders, then, potentially, it would have helped prevent the critical deterioration of Dosmagambetov’s heath condition. In a conversation with us, Maksat informed about his health condition and his current preventive measure of restraint, but a certain depressed tone could be heard in his voice.

During the dispersal of the protest rally in Zhanaozen, Maksat Dosmagambetov’s brother, Kairat, was wounded in the thigh, and then underwent several operations. The state paid him compensation in the amount of 500 thousand tenge (about 2,240 euros), but the money was only sufficient for the first stages of his treatment, and Kairat still needs professional medical care. To date, apart from Maksat Dosmagambetov, Zhanaozen’s oil workers Naryn Zharylgasynov and Kanat Zhusipbayev also continue to serve time.

We hereby call on the Kazakh authorities to heed the demands of the international community:

Also, the Open Dialog Foundation hereby addresses the independent medical humanitarian organisations ‘Doctors Without Borders’ and ‘International Red Cross’ with an appeal to send their staff in order to provide adequate health care to Dosmagambetov’s brothers who have suffered as a result of actions of the Kazakh police and are subsequently suffering an acute crisis.