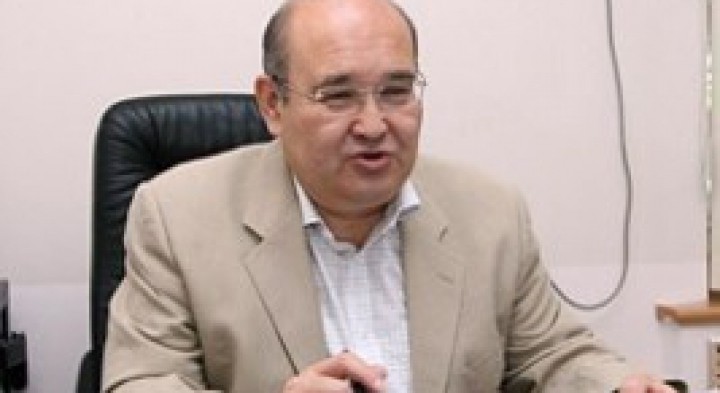 Another Kazakh dissident has been arrested by Spanish police on the basis of an Interpol letter, citingfalse criminal allegationsas reasons for the detention. The court ordered the incarceration of Ketebayev in a detention facility for the pendency of the proceedings where theliving conditions pose a threat to his health and mortality. In Kazakhstan, he faces 20 years in prison.

On 27 December, 2014, police officers entered the hotel where Muratbek Ketebayev was staying, holding an arrest warrant, issued on the basis of a letter from Interpol. They failed to disclose the details of its contents. Ketebayev explained to them that he has refugee status in Poland and presented them with relevant documents, but they did not take them into consideration. They took him into custody, and a court hearing was appointed for the following day.

Mr. Ketebayev travelled to Spain in order to visit his compatriot, Alexander Pavlov, a person linked to the opposition, who spent over a year in prison near Madrid. In July 2014, he was released on bail, and is now at large, yet not allowed leave the country. The high-profile trial of Pavlov uncovered a dangerous link between Astana and the public authorities and judiciary of Spain, which allowed the authorities of Kazakhstan to exert unlawful pressure on the Spanish authorities in order to achieve their desired result. Spain was the first EU member state to ratify an extradition agreement with Kazakhstan.

Muratbek Ketebayev was one of the founders and leaders of the ‘Alga!’ party. During the strikes of oil workers in Zhanaozen in 2011, he sought support for the protesters in Europe. Following the sanguinary suppression of strikes and the hostile actions against the opposition, which still continue in Kazakhstan, he was indicted along with Mukhtar Ablyazov and Alexander Pavlov in the alleged preparation of a terrorist attack in Almaty. This allegation, now having been proven to be false repeatedly, was one of the grounds for the arrest of Pavlov in Madrid in December 2012. Ketebayev has visited Spain several times; amongst other things, he testified as a witness for the defence at the trial of Pavlov in 2013, spoke at the conference ‘Repression and censorship in relation to the media in Kazakhstan’, organised jointly with the Spanish department of the organisation ‘Reporters without borders’ on 18 June, 2014; he has also held meetings with Spanish MPs. Never before, during his previous visits to the country, had he encountered any signs that there could be any grounds for his arrest.

Despite his health problems (Ketebayev is a diabetic), he was placed in a cold cell, where for almost a day he was not given any food or drink. Nor did he have access to medicines, which exposed his life and health to real danger.

The hearing, which was held on 28 December, 2014, ended with a ruling ordering his unconditional incarceration in a detention facility for the duration of the examination of his case. The judge presiding over the case, Fernando Andreu Merelles (Juzgado Central de Instrucción nº 4, Audiencia Nacional) has concluded that it is necessary to prevent any disruptions of the proceedings, e.g. the fleeing of the suspect. He did not take into account the fact that Ketebayev was under the protection of the Polish authorities, which on 9 December, 2013, granted him refugee status. Such a decision was issued after a failed politically motivated attempt, made by the Kazakh authorities in June 2013, to bring about Ketebayev’s extradition from Poland. In the justification of the decision, the Polish Office for Foreigners considered that the allegations, presented against Ketebayev by Kazakhstan, were identical to those previously levied against Vladimir Kozlov leader of ‘Alga!’ party, who was sentenced to 7.5 years’ imprisonment following his prosecution in an unfair political show trial. It was therefore assumed that Katebayev would also have been the subject of an unfair  trial.

The content of the arrest warrant, under which Ketebayev was arrested in Spain, indicates that the Spanish authorities have made another attempt to conceal the political motivation using a criminal case. The allegation of ‘participation in an illegal organisation, formed for the purpose of committing a crime’ (delito de Asociación para Ilicitano delinquir), referred to by the issuer of the letter, the Regional Court in Aktau, is punishable, according to the legislation of the Republic of Kazakhstan, with a sentence of up to 20 years’ imprisonment. The counsels can appeal against the court’s decision to the Audiencia Nacional only up until 5 January, 2015, while the Kazakh authorities have 40 days (from the date of the arrest) to prepare a full request for extradition.

As in the case of Pavlov, the main problem remains the unquestioned trust in the authorities of Kazakhstan, an important economic partner of Madrid. This is happening despite the obvious political motivation and the impossibility of conducting a fair trial there. The Spanish authorities and judicial authorities have once again demonstrated a lack of understanding of the political context and the true nature of the authoritarian government in Kazakhstan.

Recently, Ketebayev has actively engaged as a whistleblower, spreading information about the mechanisms of operation of the regime of President Nazarbayev, his plans concerning the oppression of the opposition and independent media, as well as his cooperation with Russia in this area. In early December 2014, Ketebayev held a series of meetings in the European Parliament, where he shared his knowledge with MEPs about the behind-the-scenes functioning of government programmes in Kazakhstan. His report entitled ʺWho is the mastermind of the KazNET project?˝ caused a huge stir among civil society activists in Kazakhstan and concern for the authorities. Ketebayev was in the process of preparing further publications. There are indications that the arrest was aimed at preventing him from revealing the intentions of the Astana authorities.