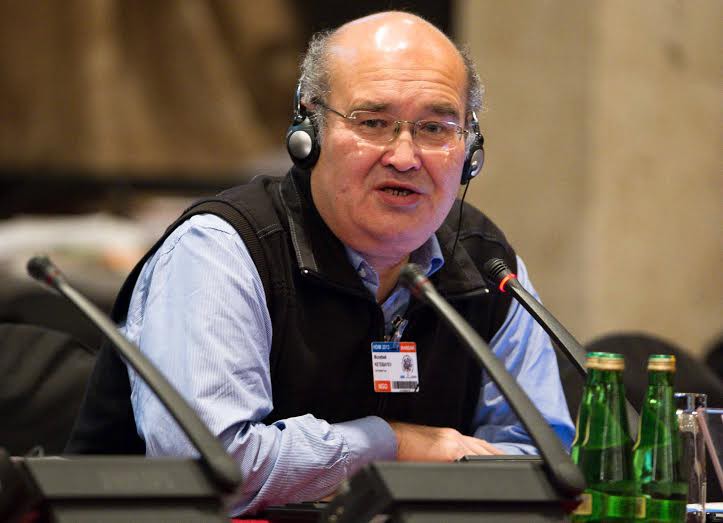 A court in Madrid has ordered the release of the Kazakh dissident, Muratbek Ketebayev from custody. Thus, the judges found the arguments of the Spanish Embassy in Poland, which had confirmed the day before that he enjoys refugee status in Poland and called for his release. Ketebayev regained his freedom late yesterday evening.

Muratbek Ketebayev was arrested in Madrid on 27 December, 2014, based on an Interpol ‘red notice’. Initially, the Spanish court ordered the incarceration of Ketebayev for an indefinite period, citing the risk of him fleeing. The judge failed to acknowledge the fact that Ketebayev has been granted refugee status in Poland. The seriousness of the situation was made all the more apparent due to the fact that Spain is the first country in the EU to have concluded an extradition agreement with Kazakhstan.

The widespread campaign, launched by the Open Dialog Foundation, was joined by dozens of parliamentarians in Poland and Spain, members of the European Parliament, representatives of the OSCE, the Spanish offices of Amnesty International and the UNHCR. They cited the provisions of the Geneva Convention on the Status of Refugees, which prohibits the rendering of persons into the hands of persecutory regimes and also EU law, which obliges Spain to recognise the status granted by the Polish authorities.

”We are happy that the case of Ketebayev united many circles in Poland and Europe, and that the effective dotting of ‘i’s and crossing of ‘t’s by the Polish diplomatic service in Madrid brought about his release,” – Tomasz Czuwara, member of the Board of the Open Dialog Foundation, stated.

Ketebayev is one of the most famous dissidents from Kazakhstan. In 2011, he supported striking oil workers in Zhanaozen, whose protest was violently suppressed by government forces. He co-founded the ‘Alga!’ party, whose leader is serving a sentence of 7.5 years’ imprisonment in Kazakhstan. In recent weeks, Mr. Ketebayev has published his studies which expose the mechanisms of harassment of the opposition by the regime of Kazakhstan, in collusion with Russia.

Currently, Ketebayev is free on bail pending trial. Kazakhstan accused him of ‘conspiracy to overthrow the government’, which is punishable by up to 20 years in prison. Kazakhstan has already made attempts to use the same fabricated accusations; in June 2013, on the basis of the same charges, with the use of Interpol, Ketebayev was arrested in Poland. However, the prosecutor’s office in Lublin promptly recognised the political nature of the case, and the Polish authorities subsequently granted him refugee status.

”We hope that the Spanish justice system has done its homework on the case of Pavlov, in which they failed to properly assess the political context of the case” – Jędrzej Czerep, an analyst at the Open Dialog Foundation, emphasised, referring to the Spaniards’ previous blunder. For two years now, the controversial extradition case of Alexander Pavlov, another opposition worker from Kazakhstan, has been ongoing, and has been accompanied by illegal pressure, exerted by Kazakh diplomats on judges in Madrid. Ketebayev was a witness at Pavlov’s trial. Astana accuses them of conspiring to overthrow the government.