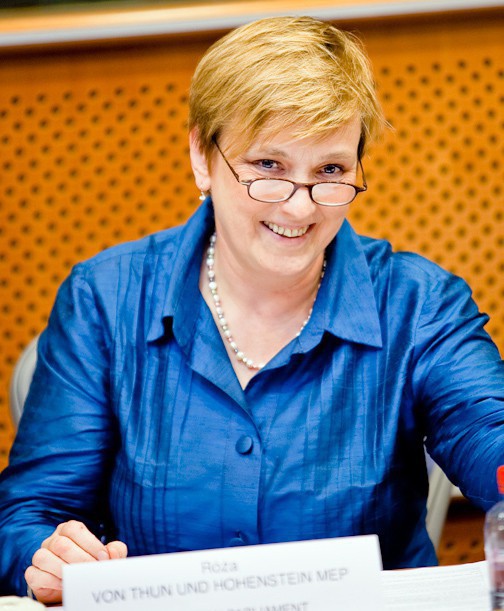 At the plenary session in Strasbourg on Monday (12.01), the MEP Róża Thun spoke in defence of the Kazakh activist and oppositionist Muratbek Ketebayev, detained on 27th December 2014 in Madrid. In her intervention, Thun appealed to Spanish MEPs whilst relying on the non-refoulement principle protecting persecuted people.

“It cannot be the case of one country in the European Union protecting and granting asylum to a third country’s national for another state to subsequently deport the same person to his home country where he is at risk of persecution. This is in breach of the non-refoulement principle which should be followed by each Member State,’ the MEP emphasised. Thun also addressed the people in the room, the Spanish representation in particular, urging them not to allow political refugees to be sent back to countries where they are at risk of torture and persecution. “We must do all we can to make sure that those who have been granted asylum in one EU country are safe and secure in all countries throughout the EU,”.

Detaining Ketebayev, the Spanish authorities ignored his refugee status granted in Poland. This is against the non-refoulement principle mentioned by Thun to the effect that states are obliged to protect persons who, in the event of deportation, are threatened by persecution. Astana accuses Ketebayev of alleged criminal offences. In actual fact, the activist is associated with the Kazakh opposition circles and co-founded, amongst others, the biggest independent party Alga! Following his emigration, he continued to be active, unmasking the mechanisms of Nazarbayev’s regime. The Interpol notice, sent by his home country, under which Ketebayev was detained, is an example of abuse of international police mechanisms by authoritarian countries.