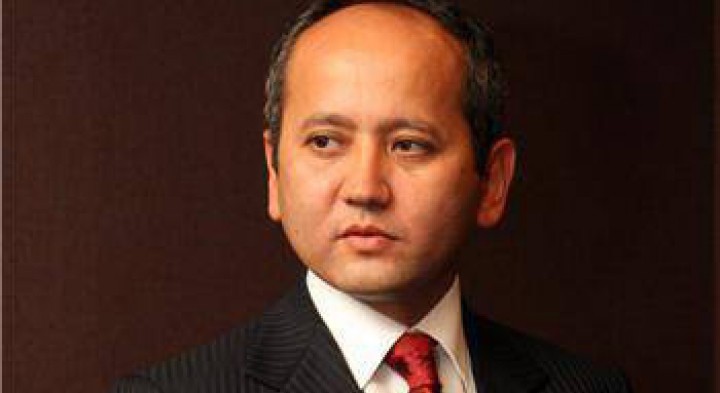 International support of Mukhtar Ablyazov as an opposition politician

Amnesty International, Human Rights Watch, the International Federation for Human Rights, the French League of Human Rights and other human rights organisations have repeatedly underlined the political nature of the case of Mukhtar Ablyazov and called for the prevention of his extradition to Kazakhstan or any other country where he may become a victim of an unfair trial, or may be handed over to Kazakhstan.  Human rights activistspoint outthat they cannot assess the validity of the charges against Ablyazov, however, any charges against him should be investigated in the EU.

On 1 August, 2013,ViolavonCramonstated: “In 2011, the Kazakh tycoon and politician was granted political asylum in the UK for a reason. The Kazakh government deliberately exerts pressure on the political opposition and organised an international hunt for Mukhtar Ablyazov and his associates.Economiccrimes, underwhichtheoligarchhasbeenincriminated, arepracticallyinseparablefromtheongoingpoliticalpersecutionoftheoppositionpolitician, aswasthecasewithKhodorkovskyinRussia…. The federal government should make an open statement on this issue and make it clear to its French partner that Ablyazov’s rendition poses a threat to Europe’s reputation”.

ElmarBrokandBarbaraLohbihlerexpressed serious concerns whether human rights are going to be respected in the extradition cases  of opposition leader Mukhtar Ablyazov, Alexander Pavlov and his other colleagues, “given the increased clampdown on the opposition, independent media and civil society and the latest developments in the application of the justice system in Kazakhstan”. Polish MPs, Tomasz Makowski, Łukasz Krupa, Maciej Mroczek stated that the campaign to oppress political opponents directly affects Mukhtar Ablyazov and related persons: Muratbek Ketebayev, Tatiana Paraskevich and Alexander Pavlov.

According to the Ukrainian human rights activist, Tatiana Pechonchik, further confirmation of the political nature of Ablyazov’s case is provided by the fact that his colleagues were granted political asylum in Great Britain (Zhaksylyk Zharimbetov and Roman Solodchenko), Poland (Muratbek Ketebayev), Italy (Alma Shalabayeva and Alua Ablyazov), and the Czech Republic and that Great Britain refused to fulfill Ukraine’s request regarding the extraditions of Tatiana Paraskevich and Igor Kononkov.

Ukrainian human rights activists expressed regret over the incidents involving “a lobbying influence on the investigating authorities of Ukraine, which can be qualified as corruption” in Ablyazov’s case. 11 Polish MEPs have stated as follows: “Extradition requests — clearly political in nature — were submitted in this case by the investigating authorities of Russia and Ukraine (under the Yanukovych regime), both of which were sympathetic towards the Kazakh Government. The extradition procedures are lacking in transparency”.

Polish Sejm deputy Artur Dębski and former Mayor of Warsaw, Marcin Święcicki, urged the Ukrainian authorities “to cease cooperation with authoritarian regimes in Russia and Kazakhstan in the field of abuse of the Interpol system in order to prosecute political opponents”. MEP Kosma Złotowski and Italian Senator, Manuela Serra, also drew attention of Ukrainian and French authorities to Kazakhstan’s illegal cooperation with the Ukrainian investigative authorities.

On 14 October, 2014, Members of the Parliamentary Assembly of the Council of Europe: Frank Schwabe, Chiora Taktakishvili, Mechthild Rawert, Kimmo Sasi, Mailis Reps, Pieter Omtzigt, Gerardo Giovagnoli and Tinatin Bokuchava called on France, the Czech Republic and Spain to prevent the extradition of Mukhtar Ablyazov and his colleagues to Russia, Ukraine or Kazakhstan: “Ukraine’s involvement in the case is a clear legacy of the Yanukovych regime, which collaborated closely with Russia and Kazakhstan. The new Ukrainian authorities should now clearly distance themselves from the activities of the previous authorities, which were in breach of human rights standards of the Council of Europe, and ensure that they do not follow the path of the politically motivated misuse of Interpol, aimed at persecuting opposition activists”.

Member of the Dutch delegation to PACE,Pieter Omtzigt, requested that Vice-head of the Ukrainian delegationto PACE,Serhiy Sobolev bring to theat tention of the Ukrainian authorities,the call for the need to end corruption cooperation with Kazakh and Russian investigative authorities, undertaken in order to prosecute opposition politicianMukhtar Ablyazov.

Ukrainian human rights organisations also urged the French authorities to take into account the political motivation behind Ablyazov’s case, undue influence of the Kazakh authorities on Ukrainian law enforcement agencies, the lack of judicial reform in Ukraine and the danger of illegally rendering  Ablyazov to Kazakhstan. Appeals to the French authorities were sent by the following Ukrainian human rights organisations: the Kharkiv Human Rights Protection Group, Human Rights Information Centre,  Kiev House of Human Rights, Association of Ukrainian Human Rights Monitors on Law Enforcement, the Committee For the Protection of Illegally Accused Persons, the No Borders Project, Ukrainian Helsinki Human Rights Union, the Centre of Civil Liberties, the Centre for Civil Society Studies.

On 27 November, 2014,the Moscow Helsinki Group,the Russian assistance to refugees, the ‘Civil Assistance’Committee and the All-Russian Movement‘For Human Rights’drew attention of the French authorities to the fact that  Zhanaozen tragedy,Nazarbayev’s authoritarian regime intensified the oppression of activists, opposition and independent media. Russian human rights activists stated that”the methods of persecution exerted on Ablyazov comprise many similarities with the political oppression of Mikhail Khodorkovsky in Russia and Yulia Tymoshenko in Ukraine, stressing that the rendering of Mukhtar Ablyazov to Russia “is actually tantamount to his rendering into the hands of the security services of Kazakhstan”.Russian human rights activist, Lev Ponomarev, stated: “…I can say with confidence that a trial against Ablyazov, conducted in Russia, Ukraine or Kazakhstan would be unlawful and, indeed, politically biased in nature.”