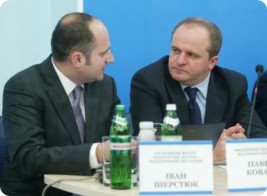 Alexander Lukashenko himself and his two sons are to be affected by penalties. Their assets are to be frozen, too. According to Radoslaw Sikorski, Poland’s Minister of Foreign Affairs, a black list of companies cooperating with the regime can possibly be made. New financial sanctions were imposed on Belarus by the United States.

In Brussels on Monday, 27 EU Ministers of foreign Affairs made a decision to re-impose sanctions as a reaction to repressions and detentions after election in Belarus.

“The restriction measures and a list of affected people will remain open and will be revised. The EU Council stresses that a key role will play the fact whether all political detainees will be rehabilitated and released,” says the declaration.

Travel ban to up to 40 countries

Travel ban was re-imposed on Alexander Lukashenko and his two sons, Victor and Dmitriy. The sanctions affected Defense Minister Yuri Zhadobin and KGB Chief Vadim Zaitsev. However, Sergei Martynov, Minister of Foreign Affairs is not on the list.

The sanctions are tough, as they refer not only to 27 EU countries, but also to close EU partners – associated countries, candidates to become the EU members (e.g. Western Balkan countries or Turkey) as well as partners from the European Economic Area (e.g. Norway and Liechtenstein).

Radoslaw Sikorski, Polish Minister of Foreign Affairs, after meeting of 27 EU ministers said that so far they had not agreed to impose economic sanctions, but in future the EU could possibly prepare a black list of the companies cooperating with the regime.

It is not only about freezing assets of people involved in repressions, but we gave the Catherine Ashton, High Representative, possibility to use very specific and still very painful sanctions against people, institutions and companies in Belarus. We think that they will be directed at the companies which agree to be used for repressions or are a financial support to the regime, said politician.

The list of the companies and steps to be taken was prepared “in cooperation of the High Representative with the interested countries,” he added. Besides, Mrs. Ashton will be able to change a list of people affected by the visa sanctions without obtaining additional decision of the EU Council, i.e. foreign ministers of the EU countries.

A consensus to impose economic sanctions on Belarus would not be achieved among the EU countries, said Mr. Sikorski. A few countries expressed in their speeches that they would not support such sanctions, he added.

The EU imposed visa sanctions on Lukashenko and 40 other associates as a result of repressions after the election in 2006. Two years later the EU suspended the sanctions and renewed a political dialogue with Minsk after the regime released important political prisoners.

After the presidential election on December 19, officially won by Alexander Lukashenko mass demonstration of opposition, who think that election results were frauded, took place in Minsk.

The manifestation was violently suppressed by special militia forces. More than 600 people were detained.

Among the detainees there are such activists as Neklyaev, Sannikov and Khalip. They were accused of organizing mass riots and participating in them. They could face 10 to 15 years in prison.

On Saturday, after six weeks in KGB custody in Minsk, Vladimir Neklyaev and Andrey Sannikov’s wife – candidate for a president – Iryna Khalip were released.