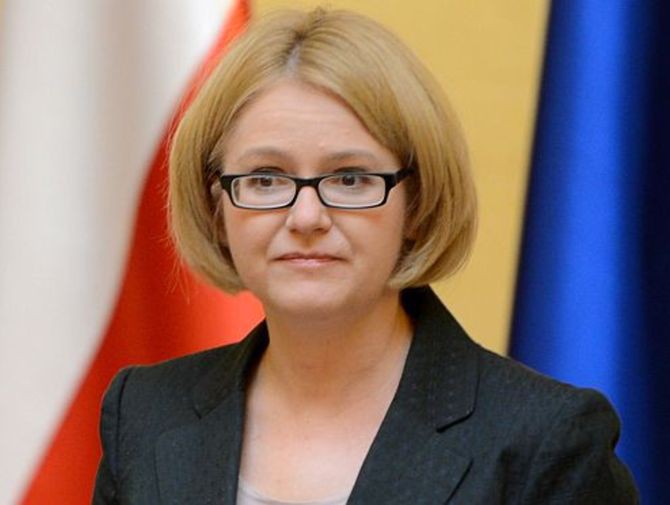 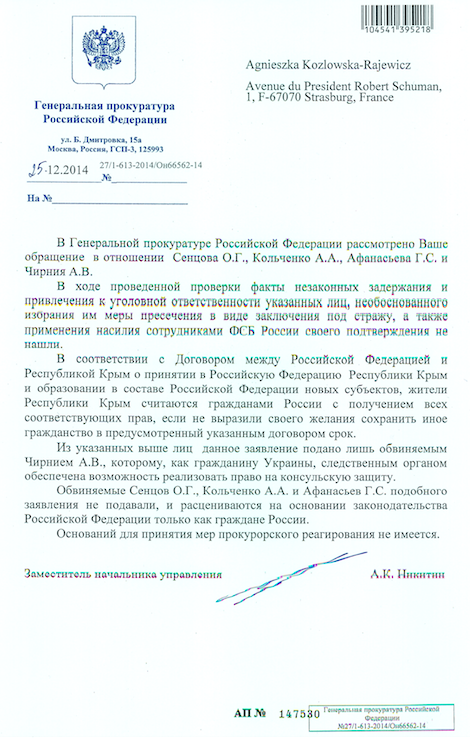 “Of the above-mentioned persons, such a statement was filed only by defendant A.V. Chirnyi, who, as a citizen of Ukraine, has been provided by the investigative body with an opportunity to exercise his right to consular protection. The accused O.G. Sentsov, A.A. Kolchenko and G.S. Afanasyev have not filed any such statement, and therefore, in accordance with Russian law, they are considered to be Russian citizens”, – the letter stated.

In the letter, the prosecutor’s officealso argues thatthe illegaldetentions and criminal prosecutions of the Ukrainianactivists,unjustified adoptions of a form of restraint as regards their incarceration, as well as the use of violence by the Russian FSB workers have not been confirmed, and, therefore, “there is no basis to take the measure of prosecutorial response”.