The polskieradio.pl portal announced the release from prison of the Kazakh opposition member, Muratbek Ketebayev. The judges recognised the arguments of the Polish Embassy in Madrid, which intervened in Ketebayev’s case.

An extensive action in defence of the activist, joined by dozens of Polish and Spanish MPs, MEPs and representatives of international organisations, was also held by the Open Dialog Foundation. 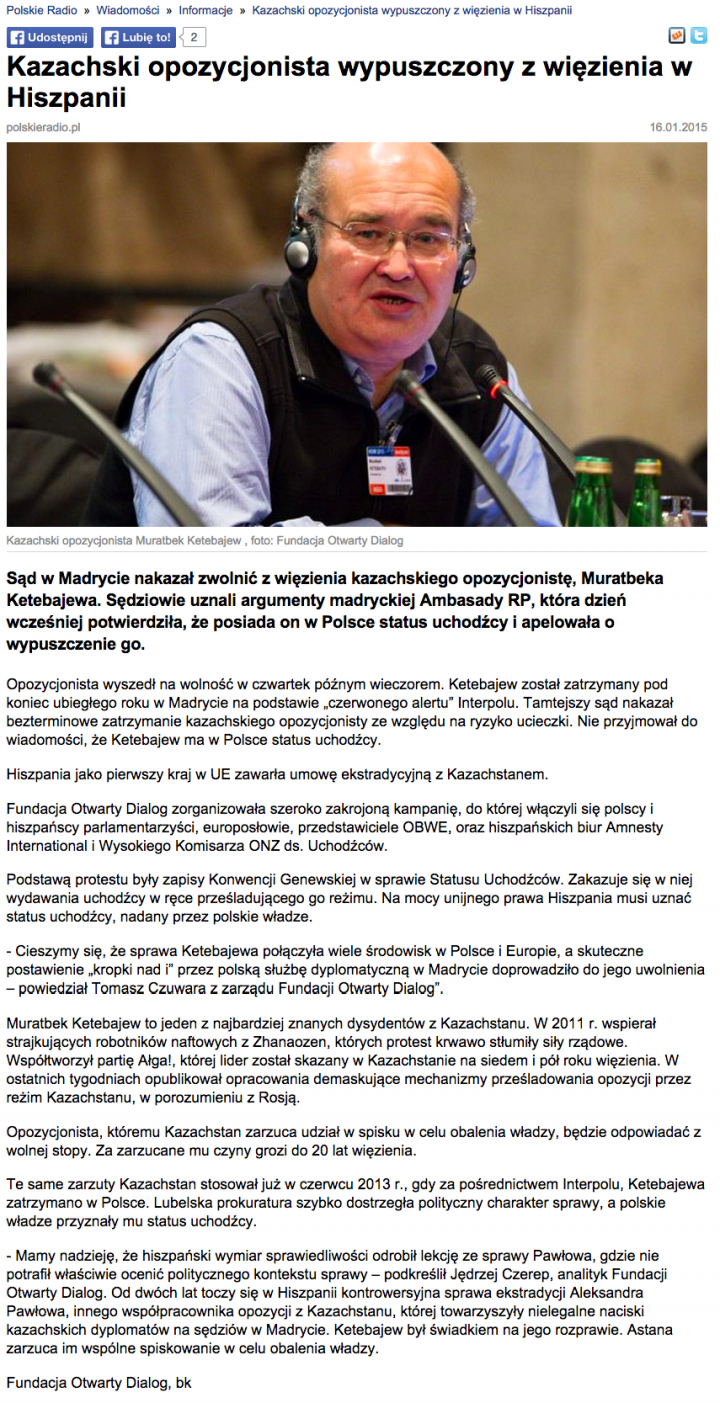