Search
The Open Dialogue FoundationMedia about usWyborcza.pl: The Ukrainian imprisoned by Russia has a park named after her in Warsaw

In Warsaw, the‘Nadyia Savchenko Park’ has been created, Wyborcza.pl portal reports. A park named after the Ukrainian Lieutenant now appears on Google Maps owing to a campaign organised by the Open Dialog Foundation. It is not by chance that the park has been located only 500 metres from the Embassy of the Russian Federation in Warsaw. 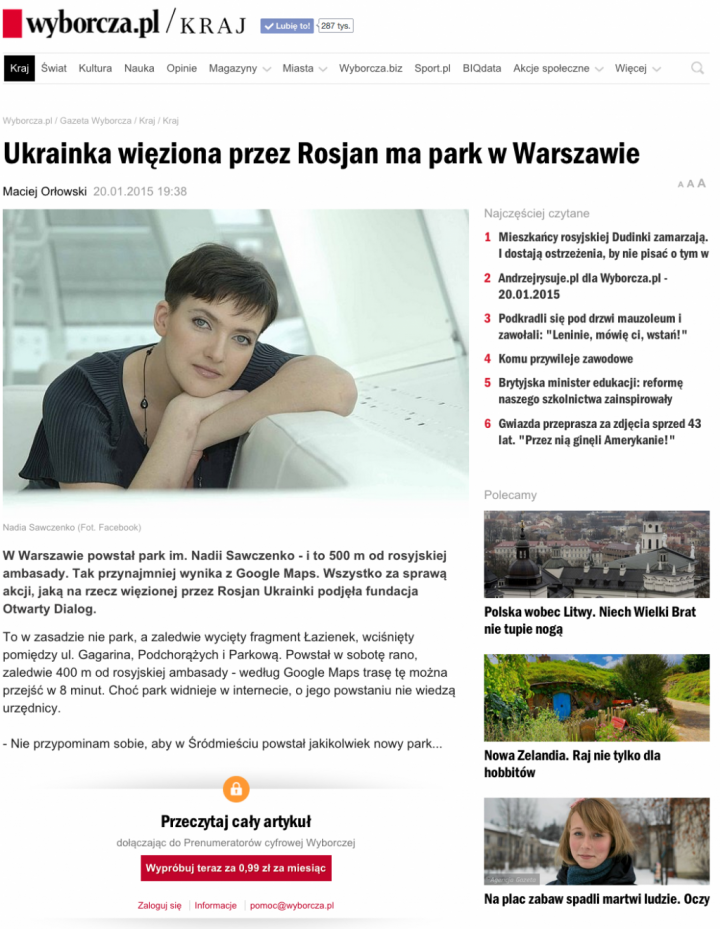