Bartosz Kramek and Zenya Klimakyin of TVN BiŚ as well as Tomasz Maciejczuk, straight from the front line, talked about the heroic defence of the airport in Donetsk by Ukrainian soldiers.

“There is a regular war here” said Maciejczuk, describing the attack on the airport and the scale of destruction. “All surrounding buildings have been destroyed; there are hardly any civilians left. Life is impossible here. Any time, any place, a missile can hit” Maciejczuk said. In the opinion of the Foundation’s observer, Ukraine is capable of fighting, but an order is needed from President Poroshenko, which all Ukrainians are awaiting there, at the airport.

The passivity of the Ukrainian authorities was also commented uponby the Chair of the Foundation’s Council, Bartosz Kramek, who pointed to the absence of artillery support and delays in the provision of help from headquarters, which has so far only been delivered due to the pressure of public opinion. 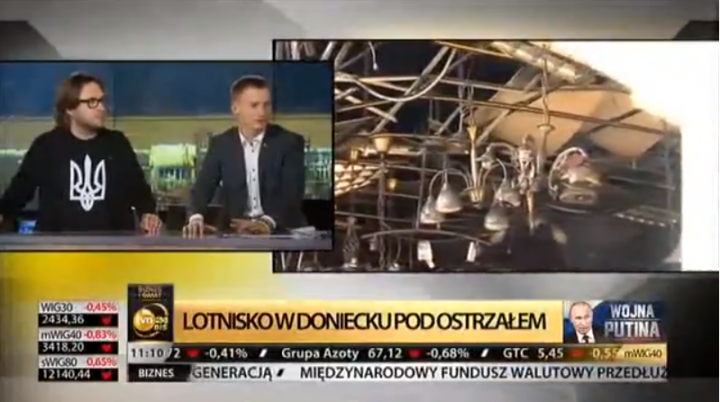