Nafis Kashapov, a refugee from Tatarstan, demanded on Plac Zamkowy in Warsaw, freedom for his brother Rafis, detained by the FSB in December 2014 having been accused of engaging in “anti-state activities”.

Rafis is the leader of ‘the freedom movement of Tartars’ from Tatarstan which is now a republic within the Russian Federation. He has been persecuted by the Russian authorities numerous times for his activities and punished by arrest and forced admissions to a psychiatric hospital. From the beginning of Russian aggression against Ukraine, Tartars, including Nafis and Rafis, have supported the country in its resistance by organising numerous solidarity campaigns and information meetings in countries inhabited by Turkish (Turanians, Turkic) citizens, including Turkey. 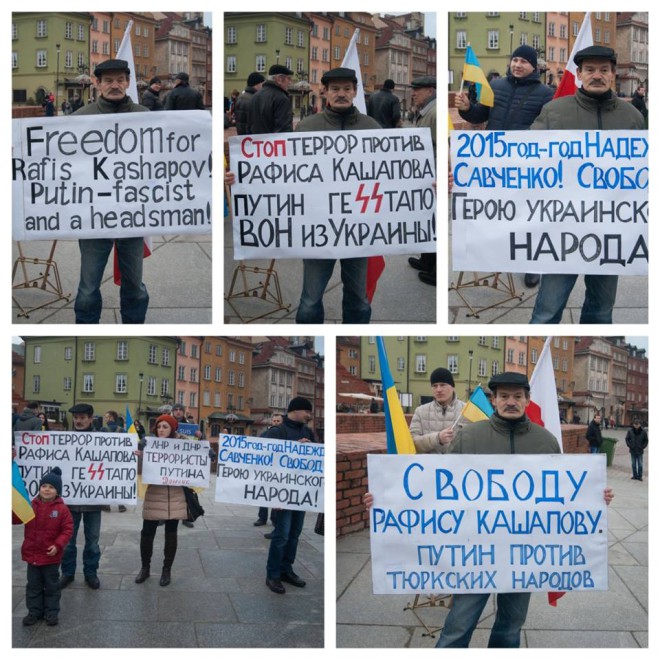 Together with EuroMaidan Warsaw, the Open Dialog Foundation has supported Nafis in his efforts to bring about his brother’s release, by protesting on Plac Zamkowy in Warsaw.