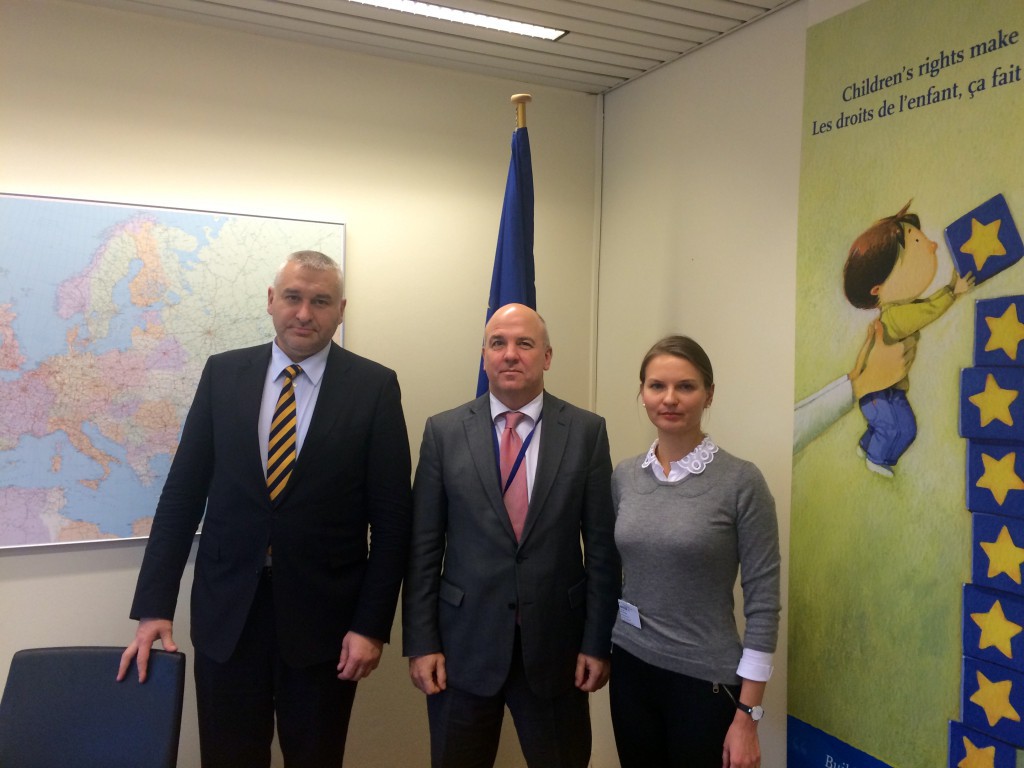 Convincing European officials of the necessity to deprive Russia of voting rights was incredibly difficult. But it was possible.

Open conferences and informal meetings, pickets and appeals have had their effect. The Open Dialog Foundation told how the human rights activists were defending Ukraine’s interests in PACE.

“Convincing the Europeans was incredibly difficult. They kept repeating, as if mesmerised, that “a dialogue is necessary” and that “Russia should be given a chance”. Our question as to which of the chances given by Europe and Ukraine were actually taken by Russia, remained unanswered. Neither were they able to answer how they were going to get Russia to do anything by means of their resolution, if they could not even ensure the release of their colleague Savchenko” – Lyudmyla Kozlovska, the President of ODF, talks about her experience of communicating with European politicians and PACE delegates. And she added “we are very grateful to the Ukrainian delegation which came out in an almost-united front and fought against the bribed Russian lobbyists. I say ‘almost’ because there are overt saboteurs in the delegation, such as Yulia Lyovochkina”.

A side-event on Savchenko’s case and Russia’s violation of international law took place in Strasbourg on January 28. It was made possible through the efforts of the ODF and the assistance of Pieter Omtzigt (European People’s Party) and Frank Schwabe (Party of European Socialists). Lyudmyla Kozlovska and Mark Feygin (Savchenko’s lawyer) spoke about Russia’s systematic violations of the rules of international law in particular with regards to Nadiya Savchenko’s case.

The day before the vote, the Open Dialog Foundation facilitated the meetings of Anne Brasseur, President of PACE, and Nils Muižnieks, CE for Human Rights, with the lawyer Mark Feygin. The latter asked European officials to help him bring about Nadiya’s release and also to react sternly to Russia’s numerous infringements of international law.

Earlier, on January 26, 2015, in their appeal to Jan Tombiński, Anne Brasseur and Jean-Claude Juncker, the human rights activists from Open Dialog Foundation and the The Centre for Civil Liberties demanded that European officials recognise DNR and LNR as terrorist organisations, punish those guilty of kidnapping Ukrainian political prisoners and fabricating charges against them, and also ban Russia from participation in PACE.

In their appeal to PACE, sent by the Brussels office of the Foundation on January 20, 2015, human rights activists demanded that Russia’s participation in the sessions of the Assembly be restricted further, to the point of complete expulsion. Open Dialog emphasised the fact that giving Russia voting rights will result in a situation when the Russian delegation and its allies are able to block important decisions condemning Russia’s unlawful actions in Ukraine.

The human rights activists are continuing their work on Savchenko’s case. “We hope that Nadiya ends her hunger strike and gives us a chance to struggle for her”– stated the activists.