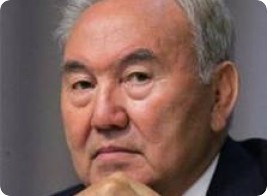 On January 14, the Parliament adopted amendment to the Constitution which allows to hold a referendum, which would make a path for 70-years old Nazarbayev to rule for the third decade, eliminating elections in 2012 and 2017.

“The decision adopted by the Parliament contradicts the Constitution,” said Igor Rogov, Chairman of Constitutional Council on Monday.

The President announced on Friday in his annual speech in the Parliament on the condition of the state, that he planned to be a leader of the country as long as his health permitted, no matter whether the project of his mandate extension eliminating the elections would be finally accepted or not. Nazarbayev said that if Constitutional Council rejected referendum, he would still participate in the election in 2012.

However, Reuters informed that Nazarbayev called early election not indicating the exact date. In his speech on a state TV channel he said that he would not appeal against the Council’s decision (which he could do during a month).

More than half of 9 mn registered voters in Kazakhstan signed a petition earlier calling to hold a referendum to extend the President’s mandate.

Nazarbayev has been ruling the country since Kazakhstan’s gaining independence. No opposition politician is a part of Kazakh Parliament.

The opponents of referendum think that Kazakhstan, which has never held an election deemed free and fair by international observers, abused the principles which he claimed to observe while chairing the OSCE last year.