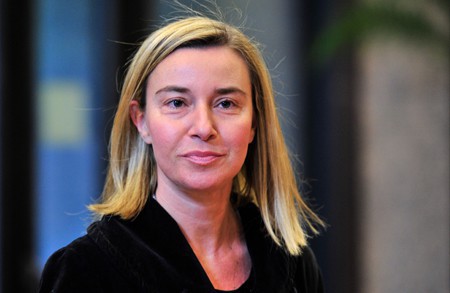 On 2 February 2015, the Open Dialog Foundation addressed an open letter to the Vice-President of the European Commission and High Representative, Federica Mogherini, in order to draw her attention to the critical situation of human rights in Kazakhstan.

In the view of the proceeding works on the signing and subsequent implementation of the recently initialled Enhanced Partnership and Cooperation Agreement (PCA) between the EU and Kazakhstan, Open Dialog particularly noted that Kazakhstan’s international obligations in the area of human rights should be closely monitored. The assurances that the text of the new PCA (not public till the official signing of the document) includes extensive clauses devoted to ensuring progress in the area of respect of basic human rights have to be demonstrated in practice.

The need for scrutiny and close analysis of facts is highly required, in particular, since the Kazakh authorities have been implementing a wide-scale self-promoting propaganda action, distorting facts – such as the recent, more restrictive changes in the criminal procedure – to present them as positive reforms, aligning the Kazakh policy with the international standards.

A clear distortion of reality is also visible in the viewing of the recently implemented National Preventive Mechanism (NPM), which contrary to the claims of the Kazakh authorities, does not represent an efficient tool to combat the use of torture in detention centres in Kazakhstan.

The Open Dialog Foundation report on the use of Torture in Kazakhstan, clearly outlines the main problematic issues with the current NPM system. You can find the report in full, here.